RazzieWatch: For Your Consideration! Bad Actors in Good Movies 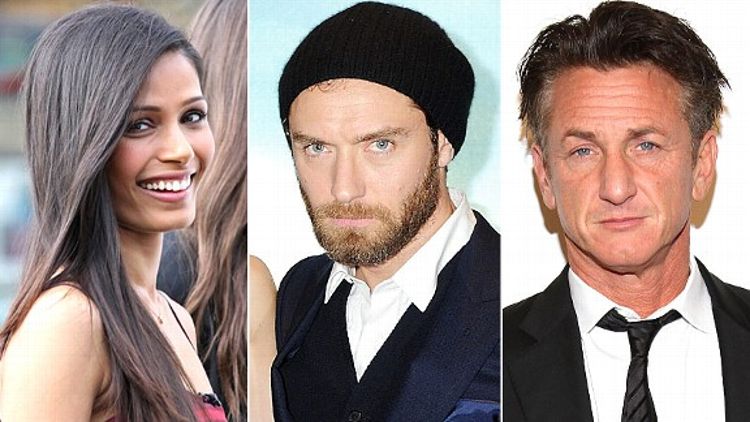 RazzieWatch Important Editorial Note! John Wilson has contacted RazzieWatch worried that casual readers might believe that RazzieWatch speaks with the authoritative voice of the Golden Raspberry organization! When we finished picking our jaws off the floor — the Head RAZZberry emailed us!!! — we of course agreed to his requests that we make it clear that RazzieWatch DOES NOT represent the Razzies administration — we’re just covering the awards, not giving them out!

Twenty-one years ago, the future Oscar-nominated director Sofia Coppola won the Golden Raspberry award for Worst Supporting Actress for her truly terrible performance in The Godfather Part III. That feat makes her one of a select few in Razzie history.

No, we don’t mean that she’s special because she’s been nominated for an Oscar and a Razzie — way too many people fall into that category to count. We mean that Coppola is one of the few actors to be nominated for a Razzie for doing a lousy job in a good movie. (Sure, Godfather III is no Godfather II, but it’s still a not-bad gangster film, nominated for seven Oscars.) The Razzies often ignore bad actors in good movies — voters, it seems, would much rather pile on to a stinker than recognize a performance, no matter how bad, in an otherwise good film.

Evidence? In Razzie history, only 11 acting nominations have been given to legitimately decent movies:

(You can even make the argument that some of these performances were good, but let’s leave that for another time.)

In a way, bad actors in good movies are the ultimate Razzie dark horses. Their performances might be just as awful as those of the Sandlers and Swardsons of this world, but they’re forgotten come nomination time. So before you cast your ballot this Razzie season — have you signed up to be a voter yet?! — how about you consider these five worthy actors and actresses, cursed only by the awful luck of being in a not-awful movie.

Jude Law, Contagion: How do you stand out in a tense ensemble drama directed by Steven Soderbergh? You play a blogger as a demented, spittle-spewing conspiracy-monger. In a movie filled with subtle acting and directing choices, Law was as obviously artificial as his hilarious teeth.

Jessica Chastain, Coriolanus: She gave a bushel of outstanding performances this year, in The Tree of Life, The Help, and Take Shelter — but the hardworking actress is completely out of her depth in this otherwise excellent Shakespeare adaptation. It’s not really her fault! Anyone born in California — whether she went to Juilliard or not — is gonna have trouble reciting the Bard against Ralph Fiennes and Vanessa Redgrave. But sheesh, does she look terrified.

Sean Penn, The Tree of Life: Look, this likely Best Picture Oscar nominee is a masterpiece and all, but Sean Penn literally did nothing in it. He stood around in an office building and stared off into the distance. Even he thinks he was pointless in it!

Freida Pinto, Rise of the Planet of the Apes: Admit it: You completely forgot that she was James Franco’s love interest in the best of this summer’s blockbusters. Or if you remember, you remember her vanilla line readings and a face that betrayed less human emotion than Caesar the chimp’s. Had Apes been a dog, she’d be a shoo-in. Don’t discriminate against her for having good taste!

Carla Bruni, Midnight in Paris: The First Lady of France — an heiress, model, and pop singer — is a co-star in the new Woody Allen movie? It sounded like Razzie bait, honestly — just another wannabe aspiring to ape the Razzie success of Britney Spears, Madonna, and Donald Rumsfeld before her. But then she really was bad! Too bad the movie is a critical smash, a likely Oscar nominee, and Woody’s biggest hit ever. But don’t let that blind you to Bruni’s stunty, wooden performance!

The Razzie ballots are out! And they’re due on January 16! And the Razzie nominations will be announced on January 23!!! IT’S HAPPENING!!!!!!!!!

Previously:
RazzieWatch: Inside the Hot-N-Heavy Razzie Campaigns!
December Razzie Odds: Can Iron Lady, We Bought a Zoo, or New Year’s Eve Go All the Way?
Can Jack and Jill Break the All-Time Razzie Record?