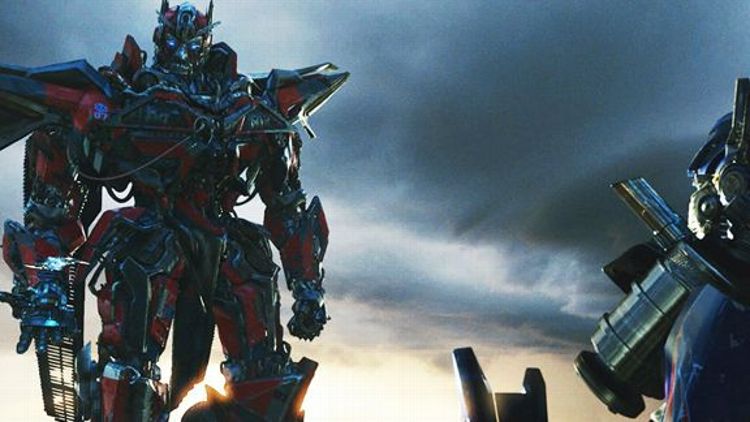 That’s right: For veteran bad-movie watchers like us, the biennial arrival of Bay Day is as good as Christmas. Whenever gleefully profane auteur Michael Bay sets another bombastic crapterpiece loose on the American public, we know what we’re in for: gigantic explosions, gleaming machines, perfect asses, great actors delivering terrible dialogue, sweat glistening on the brows of he-men whose chiseled perfection is rivaled only by that of the master, Bay himself.

On all these counts, Transformers: Dark of the Moon delivers. And for RazzieWatchers, hopes were high that we might be witnessing the joyful creation of a Golden Raspberry dynasty. After all, 2009’s Transformers: Revenge of the Fallen collected seven Razzie nominations and won the big three: Worst Picture, Worst Screenplay, and Worst Director. It even got its own nonsensical Razzie-style punny title (TRANNIES, TOO), which — along with the movie’s $400 million-plus gross — suggested that the Transformers franchise might be a Razzie force for years to come.

But then a funny thing happened on the way to Razzie glory: Dark of the Moon started getting good reviews. Well, not good reviews, exactly — more like the true enemy of awful-movie appreciation, Coulda Been Worse reviews. The third Transformers, writes the Times‘ A.O. Scott, “is among Mr. Bay’s best movies and by far the best 3-D sequel ever made about gigantic toys from outer space.” And yes, he concedes, that’s “faint praise,” which is what makes it such a frustrating review for RazzieWatch to read.

Scott had an opportunity to make Dark of the Moon a Razzie front-runner in the most-read newspaper movie section in the nation; but instead of the vicious pan he might have delivered, he wrote a perfectly entertaining review that might be paraphrased, as A.V. Club critic Scott Tobias put it, “Well, it didn’t gut me and feast on my entrails. A pleasant surprise!”

Dark of the Moon is not good. It is somewhat awful, brutalizing, risible, strident, stupid, laughable, and overwrought. In any given year, it would be a Razzie lock. But in a year as strong as this one, will a Tomatometer rating of only 38 percent be enough to challenge the field? I fear it may not.

Dark of the Moon isn’t the first movie whose Razzie hopes were scuttled by impossibly low expectations. Just the other week, A.O. Scott gave a Razzie deathblow to another hopeful, Mr. Popper’s Penguins, with a — you guessed it — Coulda Been Worse review. (One can only dream of where Dark of the Moon might be if, say, the wonderfully brutal Manohla Dargis had gotten her hands on it.)

Last year’s best example, of course, was Tim Burton’s Alice in Wonderland, which seemed prior to release like a shoo-in for multiple Razzie nominations. Fans of both Lewis Carroll and the cinematic arts huddled together in fear of Burton’s hydrocephalic CGI characters, and I wasn’t the only Razzie guru to predict nods in Worst Picture, Worst Screenplay, and Most Eye-Gouging Use of 3D. But then the movie came out, and you know what? It Coulda Been Worse.

Other than Transformers, this week’s releases are heavy on ostensible quality and light on Razzie potential. No matter how boring it is, Larry Crowne has too many Oscar winners in it to be a Razzie contender. (Classic Oscar winners, not like Cuba Gooding Jr. or anything.) The Perfect Host and Terri are much too small-beer for the Razzies, which haven’t opened up to true indie film the way the Oscars have. And while Monte Carlo seems a little bit hokey, it would have to be truly awful to register on the Razzie radar.

But next week, things get good in Razzie-land — we hope. Despite its quality cast, Horrible Bosses has potential; it seems like the kind of movie that could become beloved, or could be a fiasco of historic proportions. And for heaven’s sake, Zookeeper has everything a Razzie winner needs: talking animals, crotch shots, Kevin James in shorts. The only thing that could stop it is … low expectations. Again!

America’s critics! Just because a film Coulda Been Worse doesn’t mean it isn’t bad! Don’t let your not-as-disappointed-as-you-could-have-been reviews scuttle the Razzie dreams of America’s worst directors! Heed the warning of Dark of the Moon!

See you next week at RazzieWatch!

Dan Kois is a veteran Razzie guru and the host of the syndicated program RazzieMania. Check your local listings!