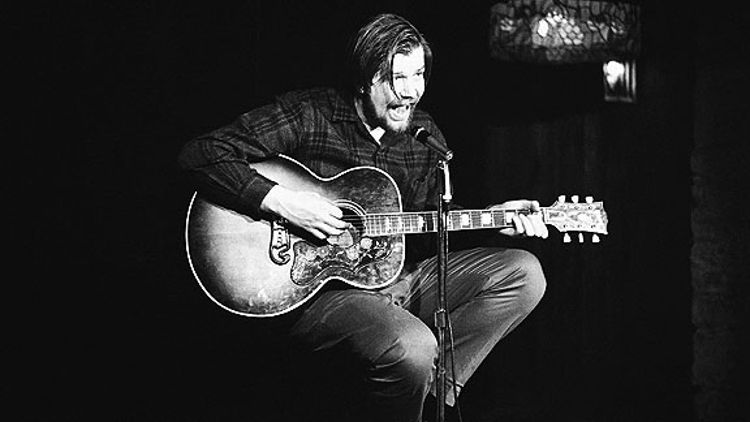 From Javier Bardem’s bowl cut in No Country for Old Men to whatever you call that thing on Barton Fink’s head, the Coen brothers’ filmography is rich in idiotic hairstyles. And it’s about to get richer: Over the weekend, the L.A. Times reported that the Coens’ next film will be set in 1960s New York and tell the story of Dave “Mayor of MacDougal Street” Van Ronk, charismatic dean of the Greenwich Village folk-music scene and the owner of a poorly considered side-part (and complementary mustache) that will feel right at home in the directors’ ever-growing collection of tonsorial oddities. Presumably upping the project’s appeal for the Coens is Van Ronk’s wide circle of oddly haired friends, which should give the directors plenty of opportunities to obliterate the sex appeal of their supporting cast. Which stupid real-life folk-era haircuts are we most anticipating? Here are our Top 5. (Warning: hair spoilers ahead.)

With lines as wavy as his tenor vibrato, and a hold as firm as his commitment to left-wing political causes, Ochs’ hair-helmet is pretty funny on its own — but just imagine it on Steve Buscemi.

Van Ronk used to jam with these guys at the Gaslight. We bet the Coens are most excited about mandolinist Frank Wakefield’s insane shellacked ducktail (on the left). Barry Pepper, call your agent (and a wood-varnish wholesaler)!

Joel Coen hasn’t done any acting since his cameo in 1985’s Spies Like Us, but this the role his hair was born to play.

Dylan may not have gone electric until 1965, but he was almost certainly electrocuted shortly prior to this 1963 TV performance. Christian Bale’s hair was totally miscast as young Bob’s in 2007’s I’m Not There. Let’s hope the Coens make things right by hiring an actor who uses less conditioner.

If I had a hammer, I’d threaten to whack the Coens in the kneecaps if they didn’t cast J.K. Simmons as Seeger and demand that he grow this awesome comb-over.

The Coen Bros. have an urge for going to the New York folk scene [24 Frames/LAT]