Which Actors Tarnished Their Oscars the Most in 2011? 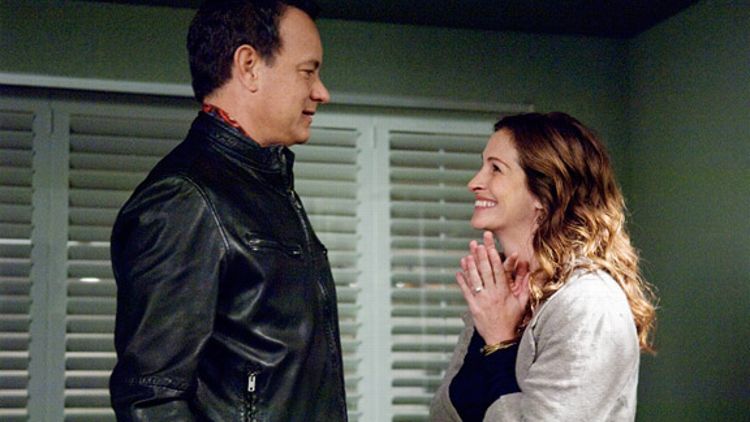 Winning an Oscar is the ultimate validation of an actor’s work — but it won’t pay for private school! So when the bills come due, lately it seems like even the most serious thespians will step over Terrence Malick to get to the nearest green screen (and easy paycheck) to deliver crappy dialogue into a 3-D camera. 2011’s bumper crop of sequels, remakes, and general schlock has built swimming pools in the backyards of some of our most revered actors. But at what cost to their dramatic cred? Exactly how much of the shine have they taken off their Academy Awards? And which actor did the most damage this year? With Oscar-winners currently stinking up theaters in Larry Crowne and Transformers: Dark of the Moon, Grantland’s department of made-up entertainment-related statistics decided to find out.

To determine the numerical amount by which an actor tarnished his or her Academy Award in 2011 (TO (2011)), I calculated the average Rotten Tomatoes score of all of their post-Oscar movies — since and including the one that won them their award — through the end of 2010, and then the average of their post-Oscar movies through this past weekend (note: I counted only live-action roles in wide-released movies). The difference between those values gives us their TO (2011), which, for completely obvious reasons, we’ll measure in units called “cubas.”

By his own admission, Hopkins has been phoning it in for years, so it’s not like he cannibalized much Oscar cred by playing a shoutier, less interesting version of Hannibal Lecter in The Rite. And despite his full-throttle attempt to sell out in Thor, that movie turned out surprisingly okay. If Hopkins weren’t a former protege of Laurence Olivier, I might almost be tempted to say he’s had a pretty good 2011.

It should probably be taken as a sign of hope that there’s still a tiny amount of surface area on Cage’s Oscar left to tarnish. And while there’s really no defending a medieval turd like January’s Season of the Witch, February’s Drive Angry was a slight grade above the stinkers to which we’ve grown accustomed since he fell behind on his haunted-house payments. If his upcoming Trespass and The Hungry Rabbit Jumps are merely poor instead of completely terrible, Cage could even finish the year with negative cubas.

If I had to guess, I’d say Roberts is probably more concerned about her faded power at the box office than how much Larry Crowne tarnished her Academy Award (exactly 1.8 cubas worth of tarnishment). Does she even remember winning the thing? It’s probably lost in a closet somewhere, buried under a pile of Valentine’s Day money.

His Oscar-nominated role in last year’s The King’s Speech at least shows us that he’s not gone Full Hopkins yet. But what started with the first Pirates movie in 2003 seems to have developed into a full-blown paycheck addiction for Rush. Let’s hope he’s just building a sun room and not a castle.

Hanks has two Oscars and, apart from a couple missteps, he’s taken pretty good care of them. Still, it doesn’t take a Harvard symbologist to decode the subtext of Larry Crowne‘s reviews: Be careful, Tom.

Until this year, save only for 2005’s Aeon Flux (10%), McDormand’s post-award filmography was pretty spotless. But if she’s ever forced to deliver expository dialogue as heinous as the stuff in Dark of the Moon again (“You’re talking about a teleportation device!”), her Oscar might transform into a Golden Globe.

To atone for her appearance in last year’s Sex and the City 2, Cruz nearly signed up for a prestige role in Lars Von Trier’s Melancholia — then she opted instead for a Caribbean vacation with Pirates director Rob Marshall, the same guy who previously cost her 22.5 cubas with 2009’s Nine. It’ll take her years (or at least a couple Pedro Almodóvar movies) to shake the barnacles off her Oscar now.

It’s hard to begrudge Connelly her role in Dilemma, since she was probably just repaying a favor to Ron Howard, who’s been racking up cubas of his own since he directed her to an Oscar in Beautiful Mind. Let’s hope he remembers it when he’s casting his next movie that doesn’t involve Dan Brown or Kevin James.

Unless it’s revealed that April’s Arthur remake was all just some scheme to permanently disgorge Russell Brand from American movie theaters (in which case I commend Warner Bros. on a job extremely well done!), Mirren should probably keep out of National Treasure sequels and just play queens for a while.

Before his break in Basterds, Waltz languished undiscovered on German TV for 15 years, so it’s hard to blame the guy for making up some lost income. But who told him it was a good idea to take a role — as The Green Hornet‘s villain — that Nicolas Cage passed on (FOR ARTISTIC REASONS!)? If October’s 3-D The Three Musketeers remake is as bad as it looks, Waltz may be the first actor to have his career rescued twice by Quentin Tarantino.

On the bright side, there probably won’t be any stunt-dancing ballerinas claiming credit for Portman’s acting this year. In her defense, new Oscars are always the most easily tarnished — but she might as well have dropped hers in a deep-fryer. Not even Cuba himself put up numbers like this so fast! And our calculations didn’t take into account her small movies, Hesher (53%) and The Other Woman (37%), whose releases weren’t wide enough to do damage. It seems obvious she was trying to bank paychecks before her pregnancy. Now that she can presumably afford to send triplets to college on the moon, though, let’s hope she’ll be choosier.