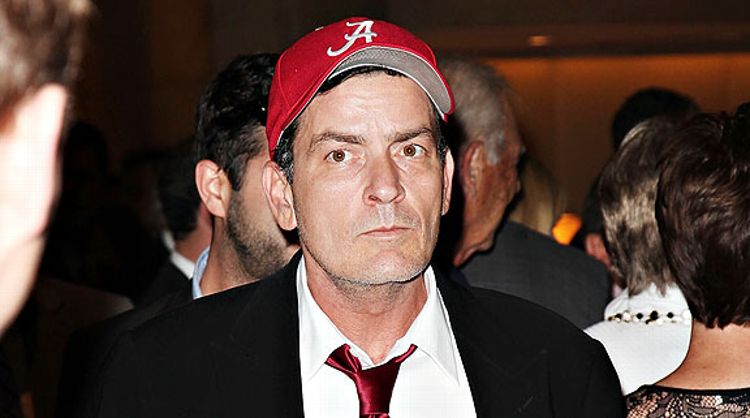 When Two and a Half Men returns this fall, creator Chuck Lorre will attempt to turn the page on what has been a difficult, tiger-blood soaked 2011. By replacing Charlie Sheen with Ashton Kutcher, Lorre figures to have righted his (highly profitable!) ship by removing an uncontrollable, drug-addled warlock and swapping in the squeaky-clean Kutcher, whose only vice seems to be borrowing his wife’s car without her permission. But one last job remains: figuring out what to do with Sheen’s character, the totally fictional misbehaving bad boy Charlie Harper. With months of raging animus — not to mention a writer’s room filled with some of the funniest best-paid joke-scribblers in Hollywood –— we expected great things for Charlie Harper’s departure: would he be sexed to death by a trio of over-eager, under-aged pornstars? Perhaps crushed in the back of the garbage truck he has parked out back for some reason? Or maybe he’d be “accidentally” shot by that chick from Space Camp?

Regardless, it was incredibly disappointing to learn that Lorre has nothing more sinister planned for Harper than for him (and his terrible shirts) to expire meeky off-screen in a car accident. Come on, Chuck Lorre! Offscreen car accidents are the shark-jumping of television deaths. It happens all the time. We demand better, especially when we’re talking about a character played by an actor who could plausibly die this morning in a way that’s a thousand times more interesting. (Nunchuks mishap? The rage virus?) So, to help goose Lorre’s latent creativity, here are some examples of more imaginiative fictional offings as inspired by previous programs.

Based on the influential — and actually kind of nuts — “very special episode” entitled “‘A’ My Name is Alex,” this method would still have Charlie drive his car off a cliff in the first act. But the rest of the hour-long episode would focus on the mental state of Jon Cryer’s shy chriropractor, Alan. Alone on a bare-stage, speaking tearfully with an unseen therapist, Cryer would finally be given the space to explore the emotional truth buried in a character better known for skipping out on restaurant checks and having sex with vacuum cleaners.

The “Law and Order”

The season premieres as normal, with Sheen’s Harper on hand for a bevy of dick jokes and the usual intimations that his brother is gay. After a successful 21 minutes of predictable laughter, Cryer and his son return home to be greeted by Ashton Kutcher, who calmly informs them that Harper was kidnapped, bound, brutally beaten and found dead in the trunk of an abandoned car after choking on his own vomit. The second episode begins as normal and Harper is never mentioned again.

Cryer’s Alan Harper and Angus T. Jones’s Jake (sporting a red bow tie) chase Sheen’s Harper into an abandoned Malibu building where they confront him with shotguns. “It was all those wedgies, wasn’t it?” Charlie asks. “What do you nerds want? Money? Dating advice? If so, I could be a lot better friend to you alive!” Yet his brother and nephew remain stone-faced. Resigning himself to his fate, Charlie, with all the gritty charisma possible from the composer of the “Maple Loops” jingle, then bellows “Get on with it, motherf …“ before dying in a hail of bullets. Then, a fart joke!

Charlie Harper died in a car-crash — or did he? Just in time for mid-season sweeps, he wakes up from a terrible nightmare involving a tacky bowling shirt to discover Heather Locklear in bed next to him. He’s not Charlie Harper — cocky, philandering jingle-writer — he’s Charlie Crawford, cocky, philandering deputy mayor of New York! Spin City continues as planned. Sheen’s dramatic range also remains unchanged.

The “Game of Thrones”

This is the scenario that would no doubt be most satisfying to Lorre. First, in a surprise move, Sheen is offered his old job back with the condition that he must show up on set and make a full, self-abnegating mea culpa for all his sins — real, imagined, and contagious. Afterwards, as the cameras roll, Conchata Ferrell and Holland Taylor emerge from offstage and hold Sheen down on that hideous beige couch. Cryer then grabs a four-foot long executioner’s sword from the balcony and, reciting the lines perfectly as written in the script, shouts “THIS IS FOR CALLING ME CHAIM!” and decapitates Sheen/Harper with a savage blow. The studio audience is shocked but ultimately pacified with donuts and free tickets to a later taping of Mike & Molly.