Randy Travis Gets Arrested In a Trans Am While Drunk and Naked, Accidentally Fulfills Country’s Rebel Outlaw Stereotype 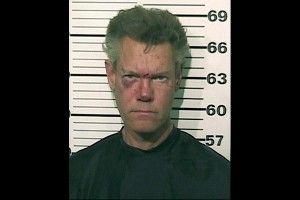 I’m going to keep it 100 with you guys: Before Randy Travis was arrested in Grayson County, Texas, late Tuesday night &#8212 while drunk, naked, and in a 1998 Pontiac Trans Am that he’d crashed into the side of the road — I couldn’t have told you much about the guy. I’m not saying his lengthy country discography is in any way deserving of being overlooked; I’m just saying that I, unfortunately, hadn’t delved into it. My immediate reaction on hearing about the incident, then, was to think, Wow, that dude Randy Travis is really rolling out the kind of degenerate badassery that was once synonymous with country music! I was thinking old stories about George Jones driving to the liquor store on his lawnmower after being denied his car keys, or shooting holes in his tour bus with a .38 revolver, or (literally) flushing thousands of dollars down the toilet. It turns out, now that I’m listening to Randy Travis’s very pleasant I Told You So — The Ultimate Hits of Randy Travis, Randy Travis isn’t really in line with George Jones and that whole rebel outlaw lineage of country music. That’s been a bit confusing, to be sure.

[O]fficers received a call at 11:18 PM from a person who stated there was a man lying in the roadway. When cops arrived to the scene, they noticed Travis’ 1998 Pontiac Trans Am had driven off the road and slammed into several barricades in a construction zone … once he was inside the cop car, officials say the singer threatened to “shoot and kill the Troopers working the case” … Randy has been released from custody after posting $21,500 bail.”

Let’s first get this out of the way: Randy Travis needs to stop drinking and driving immediately. (This week’s incident follows one in February, where Travis was arrested in his car outside of a church swigging from a bottle of wine.) Someone close to him needs to find him help, and maybe take away his car keys (and also his lawnmower access). By the way, not to start making brash assumptions about a guy whose greatest hits I’m still only a quarter of the way through, but could Travis’s recent downward slide have anything to do with his acrimonious split from his wife and ex-manager Elizabeth Travis? The two divorced in 2010 but planned on continuing to work together. Unfortunately, in April Elizabeth sued Randy, saying he hired “an armed guard and several men to strip her office of records and memorabilia related to his career,” that he “made it impossible for her to do her job,” and that he “terminated their management agreement without written warning.” They have a long and complicated history: Elizabeth, 16 years older than Randy, discovered him when he was a teenager, and eventually left her husband for him. The two then kept their relationship a secret for 12 years, until getting married in 1991. At the time, Travis told People that he “got into a lot of trouble, drinking and taking drugs by the time I was 12,” but that connecting with Elizabeth helped straighten him out. Anyway, I (and possibly you as well) now know more about Randy Travis’s personal life than I ever thought I would.