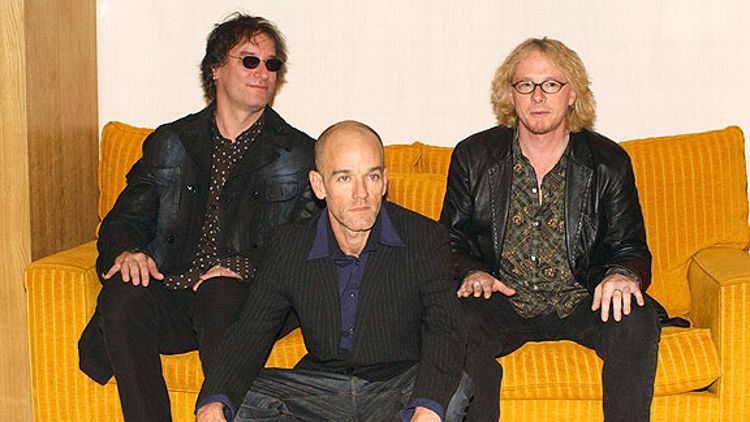 R.E.M. is breaking up! Amicably, though. A statement posted on their website today reads: “To our Fans and Friends: As R.E.M., and as lifelong friends and co-conspirators, we have decided to call it a day as a band. We walk away with a great sense of gratitude, of finality, and of astonishment at all we have accomplished. To anyone who ever felt touched by our music, our deepest thanks for listening.” Adds front man Michael Stipe, “A wise man once said — ‘the skill in attending a party is knowing when it’s time to leave.’ We built something extraordinary together. We did this thing. And now we’re going to walk away from it.” The band has remained consistently active for nearly three decades, with all the lulls and disappointments and would-be comeback albums along the way. Their last release, the stick-to-the-script Collapse Into Now, dropped in March of this year, and was warmly, if not enthusiastically, received. Anyway, are you thinking what we’re thinking? Peter Buck solo album?