Quentin Tarantino Was a PA on Dolph Lundgren’s Exercise Tape, and Other Robert Rodriguez-Aided Disclosures 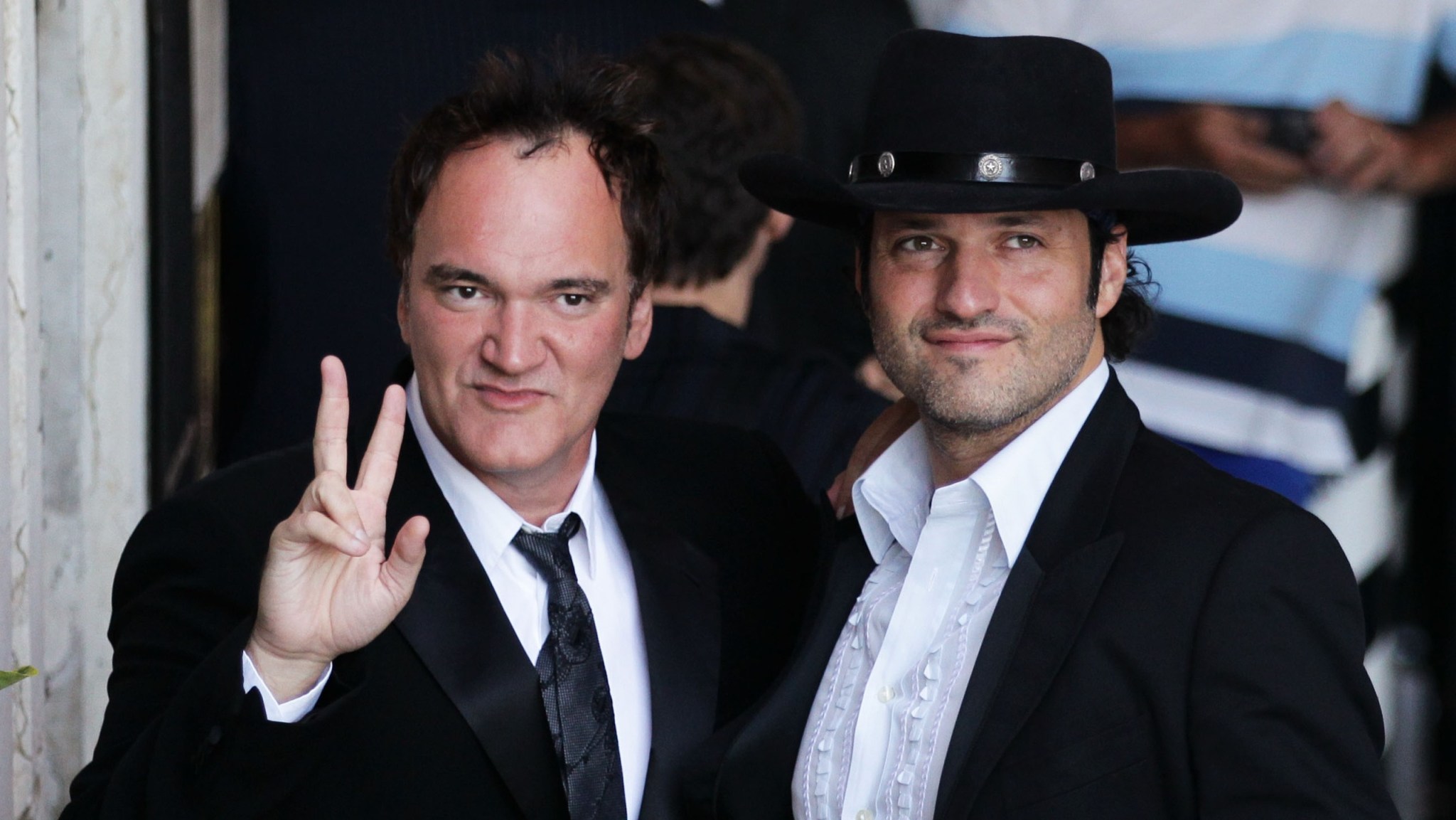 Tonight on El Rey, on the new episode of The Director’s Chair, Quentin Tarantino is interviewed at length by his pal and collaborator Robert Rodriguez, and we learn some nuances of the man’s craft. This is only Volume 1 of the interview, covering his beginnings up through Pulp Fiction; Volume 2 airs August 27, and will presumably/hopefully provide some insight on Tarantino’s on-again, off-again new project The Hateful Eight. Wait, but what the hell is an El Rey? Glad you asked!

That Rodriguez is the one doing the interviewing isn’t incidental: El Rey is his fledgling new network, which so far fills its schedule with lucha libre and blood-happy shows directly influenced by Rodriguez’s slapdash style (one of them’s actually a straight TV adaptation of From Dusk Till Dawn, an underappreciated gem if there ever was one. I think we can all agree that Clooney should have just stopped there). And if you’re trying to plug your new TV channel that no one really knows about, you could do worse then calling up your pal Quentin and having him sit down for a while.

We watched the episode ahead of tonight’s airing, and Rodriguez, it turns out, is a pretty good host, letting the ever-voluble Tarantino go while cutting in every once in a while with a small insider-y/BFF-y detail. The QT come-up has been relayed before, but it’s always nice to get the nitty-gritty details, and there are certainly some things you may not have known. Such as?! Such as:

Anyway: Come to The Director’s Chair for such tidbits, stay for the part at the end when Tarantino does a horrendous impersonation of Samuel L. Jackson.

The Jeezy Principles: 33 Steps to a Perfect Life