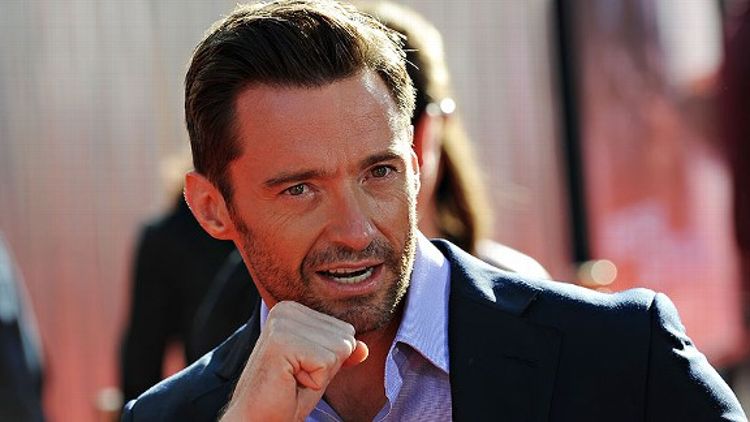 It’s a blight on Hollywood’s good name that they’ve taken this long to provide us with a movie about boxing robots. Arriving in theaters on Friday is Shawn Levy’s Real Steel, in which Hugh Jackman stars as an absentee dad who bonds with his young son (Dakota Goyo) as they train an eight-foot automaton to compete for a championship belt. Two Sundays ago, we spoke with Jackman at the Four Seasons in Beverly Hills about dropping weight for the role and the most important thing Sugar Ray Leonard taught him about robots.

To most people, the two-word pitch for Real Steel — “boxing robots” — probably sounds a little silly …
I’ll be honest. When I first heard the pitch I thought, This is going to be cool, but it’s not for me. Then I read the script and I thought, This pitch is not what this movie is. It’s a lot more than I expected. Generally, that’s what I found in seeing the movie, too. It’s always good to exceed expectations in this business. And rare. But I like coming in as the underdog. It’s much easier.

What was it about the script that made you want to do the film?

Click here for all of our interviews with fascinating people from the worlds of sports and pop culture.
When I first read it, I read it to my son. It was bad parenting, but I needed to read it that night because Shawn Levy was unexpectedly in New York and I had to meet him in the morning. So I was like, “Hey, Oscar, how about I read you this script?” He was like “No, I want you to read Tintin.” I said, “No, I really think you’ll like this one. I need to read it.” He always draws when I read to him. But after ten pages, he said, “Keep going, keep going.” I actually read it to him every night for 10 nights in a row. I just really believed in the story. And I love underdog movies — Rocky and Hoosiers.

Sugar Ray Leonard was a consultant on the film. What did he actually consult with you on?
I had already been training at a boxing gym for the Wolverine sequel. But he was like, “Man, seriously, you’re going to get interviewed by boxing magazines. You’ve got to step it up.” And more importantly, he gave me things I never expected: He talked to me for ages about Angelo Dundee, his cornerman. He said, “You’re the cornerman now. I know there’s robots in there, but if the audience is going to root for those robots, they have to see it through your eyes — you have to give that robot strength.” Plus, I’m playing a character who’s not able to do the thing he loves, which is boxing. It echos the story of many boxers. Sugar Ray talked to me a lot about the loneliness of the sport. The difficulty of giving it up. The sacrifices he had to make, family-wise. Living with regrets.

The robots do most of the physical work in Real Steel. What kind of shape did you have to get into? Was it easier than the training for Wolverine?
I put on weight to be in [Lee Daniels’] Selma right before, but that movie didn’t happen. So I was fat.
It was fun putting on the weight, but also frustrating. I got sore knees and plantar fasciitis in my heel. But for [Real Steel‘s] Charlie, I thought, This is going to work. If I’m big, you could believe I was a boxer who’d gotten fat. So I told Shawn and he goes, “Let’s go for it. Let’s shoot the first scene with you with a pouch and it’ll really jolt people.” But then I went to the first costume fitting, and I was putting on all the clothes and they weren’t expecting me to be quite that big. It was like putting on your younger brother’s clothes. I saw Shawn whispering a lot with his other producer, and then he said, “I don’t think we’re going to need to go that realistic.” So I had to get on the rowing machine.

Which is harder to work with, children or robots?
Both were easy. We had real robots who were operated by guys. Trust me, you’ve never seen method actors like those guys. You can’t talk to them when they’re working. It’s puppeteering, basically. And Dakota Goyo is unlike any other kid actor I’ve come across. He has the maturity without being precocious. He’s a very polite and well-mannered kid. Often in Hollywood, you feel like kids are talking about the picture they did with De Niro or something. But he’s just a very normal kid. He really came into his own during this movie. This is a big movie for him. At the end of the first week, he had to dance in front of 10,000 extras. That’s a big call.

Are you a fan of human boxing?
Yes. But I’m a sports man. I was into boxing when I grew up — Sugar Ray, Ali when I was younger. But Mike Tyson was when I really got turned on to it. My dad was a boxer, but he never talked about it and wouldn’t allow us to watch it. He had this theory that if we found out he was a boxer, we were just going to wale on each other even more than we already did. But I found that hard to believe, because my brother beat me up every day. So in the end, yes I’m a fan. I know boxing fans. But I couldn’t tell you what happened in the fourth round of the Thrilla in Manilla or anything.

Do you think you’ll ever host the Oscars again?
I hope so. I’d like to. I wouldn’t have minded doing it this year, actually. It’s a difficult thing to do if you’re working on something else. It’s intense. But they never asked me. First of all, I thought Bill Crystal was going to do it, and I’m a huge fan, so I was really excited. But then they went with Eddie Murphy. I’m sure they’ve been asking him to do it for 25 years. I think it’s a great thing for the Academy and I think it’s a great thing for the audience.