RazzieWatch: Why Human Centipede 2 Won’t Be Nominated for Worst Picture 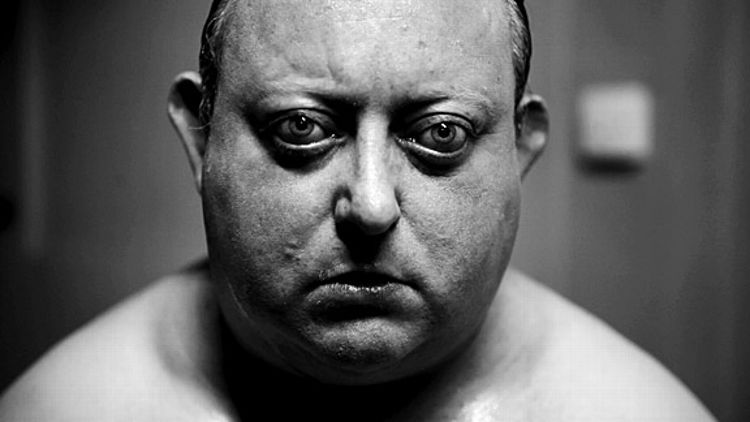 You know, Grantland’s RazzieWatch is just one of a vibrant community of Razzie experts, from Razzie Corner to the MCN Gurus o’ Garbage. Even the august New York Times is in the game these days, with the new “Crapetbagger” blog. After all, the only thing more fun than watching the Razzies is talking about the Razzies!

But sometimes those other outlets write something so godforsaken stupid that we have to set them straight. Over on the L.A. Times’ Berry Derby, so-called “Razzie Genius” Ralph Williamsburger makes the following claim:

If you’ve been following the glorious Golden Raspberries® for as long as I have, you remember a teensy little independent horror sequel, the follow-up to an original movie that launched arguments in theaters nationwide! That no-budget underdog came out of nowhere to garner 5 nominations, and won Worst Remake or Sequel!

The year? 2000. That movie? Book of Shadows: Blair Witch 2. And that’s the Razzie® history that tells me that “Human Centipede 2” has a real shot at Razzie® glory in 2011. The movie’s already been banned in Britain and called “a plotless, ugly, grating mess” by critic Scott Weinberg in the pages of the Guardian. In fact, I will personally GUARANTEE that The Human Centipede 2 is a Razzie® nominee for Best Picture, and I GUARANTEE it will win Sequel/Remake/Ripoff. Razzie® History tells me so!!

First of all: I was wearing a tuxedo to the Golden Raspberries when “Razzie Genius” Ralph Williamsburger was crying about Bambi on VHS. I literally laughed out loud when I read these foolish, foolish words. You know, Razzie prediction is a gentleman’s game, but sometimes I read something someone else writes and it makes me so damn angry. Arrgh!

Look, I’m sure Tom Six’s follow-up to last year’s ass-to-mouth horror classic The Human Centipede will be totally disgusting. The new film, The Human Centipede 2 (Full Sequence) promises even more gastrointestinal recursion, if the trailer’s frequent shots of a millipede are to be believed.

But anyone who thinks that HC2 is a Razzie contender has his head up his butt. (Given the subject matter, up someone’s butt, at least!) HC2 is no Blair Witch 2. Why? Three simple statistics.

2. Total number of Razzie nominations, The Blair Witch Project: 2, including Worst Picture. Total number of Razzie nominations, Human Centipede: Zero. This movie is not even on the Golden Raspberries’ radar screen. Which means that in order for the movie to gather any Razzie momentum, it’s gonna take more than some Johnny-come-lately know-nothing blogger fraud — all due respect! — honking its horn in September. It’s gonna take a campaign. Which leads us to…

3. Total number of Razzie nominations for IFC Films: ONE. That’s right: the distributor of The Human Centipede 2 has managed to push its movies to but a single nomination in twelve years — and that barely counts, given that Jessica Alba’s nomination was only nominally for Killer Inside Me; that tiny movie rode the coattails of her more prominent roles in Little Fockers and Valentine’s Day.

Now, I’ve never heard of this outfit — seems like they’re a cable channel or something? — but a quick perusal of their release history suggests they must not have any awards apparatus in place. The only movie on that list I’ve ever even heard of is My Big Fat Greek Wedding, and basically everything else sounds awful. Che? 4 Months, 3 Weeks and 2 Days? Is Y Tu Mamá También even English?

Look, I don’t mean to be harsh; I’m sure the people at IFC Movies are very nice. But the dirty secret of awards season is that if you don’t have a dedicated Razzie publicist to manage your campaign, your small film is dead in the water. How did Uwe Boll and his teensy budgets achieve Razzie glory? Publicity, of course! The campaign that Boll’s team ran for him in ‘08 was legendary for its dirty tricks. Remember that postcard they sent to every Razzie voter, suggesting that The Happening was actually a prescient eco-fable that was sure to be redeemed by history?

The point is, if The Human Centipede 2 is nominated for a Razzie, I’ll eat my hat.

Early word on 50/50 is pretty good; early word on What’s Your Number? is pretty bad. Could Anna Faris sneak through and grab a nomination? Worst Actress is a real puzzler this year, so if the bad reviews start piling up, she has a shot.

It’s hard not to be excited about Real Steel. With each overheated, super-serious, quasi-inspirational clip and TV ad, it becomes more and more clear that this movie is destined to be a real Titanic. Dreamworks is playing its cards close to the vest on this October 7 release, but we did receive an email from one of our exclusive Hollywood sources, who’d just walked out of a screening:

To: Dan Kois
From: EXCLUSIVE HOLLYWOOD SOURCE
Re: RazzieWatch

Dan Kois is a longtime Razzie guru whose legendary car, a gold-plated Lincoln Continental known as the Razziemobile, will be sold at auction this week by the Los Angeles County Sheriff’s Department.