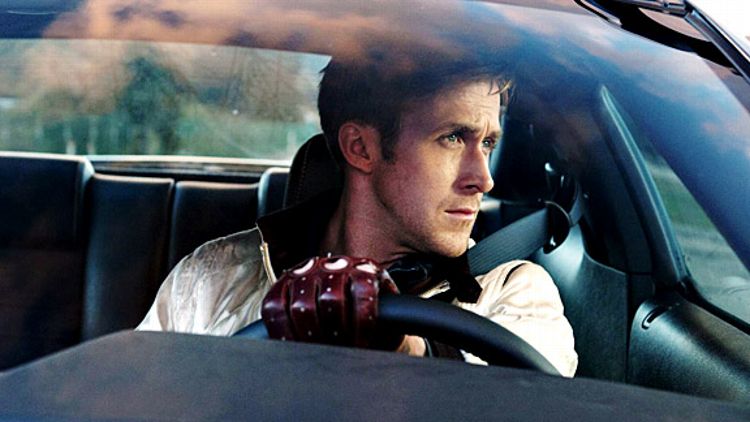 Nicolas Wending Refn’s Drive is about a stunt driver by day, getaway driver by night played by Ryan Gosling. Among its many recommendable qualities (the performances, Refn’s visual virtuosity, bringing back toothpicks and satin jackets) are the film’s fully analog car chases and stunts. So who was responsible for Drive‘s action? Meet stunt coordinator Darrin Prescott. We spoke with him this week about his career, Ryan Gosling, and a funny thing that happened one day on the set of the Jet Li/DMX classic, Cradle 2 the Grave.

How does one go about becoming a stunt coordinator?

Click here for all of our interviews with fascinating people from the worlds of sports and pop culture.
I grew up on the East Coast, in Massachusetts. When I was a kid my parents took me to a drive-in to see Hooper, that Burt Reynolds movie about being a stunt man. That was it, man. I thought that was the greatest lifestyle anyone could have. When I graduated high school, I moved straight to California. Once you’re out here, you just hustle; go on movie sets and bother the stunt coordinator and eventually, hopefully, someone gives you a break. By good fortune I hooked up with Dan Bradley, who was a second unit director, and the opportunity came up where he asked me if I’d help him coordinate Bourne Supremacy. That was huge. I wasn’t ready to coordinate yet; I still wanted to do a lot of stunt work. But the chance to coordinate presented itself and I didn’t know when the opportunity would come again.

The main chase in Drive and the one in Bourne Supremacy both feel somewhat real, physics-wise. Do you feel like you have a “style” of stunt?
That’s important to me. I do better with something that’s more of a reality-based movie, rather than something that’s really over-the-top or just stunts for stunts’ sake. Fortunately I get called more for things like Bourne than Fast and the Furious.

Was there any CGI used for the driving sequences in Drive?
I don’t think so, man. It was all live action. The crash you see over Christina Hendricks’ shoulder is all live action. She was in that car and that was a camera looking over her shoulder at the crash as it happened.

She certainly seems legitimately terrified.
She killed it. We had eight or nine cameras going. That’s the part of Nicolas’ style that I love: We didn’t focus on the stunt. We didn’t pull away from the story.

Where did you shoot the film’s main car chase?
We shot part of it in Soledad Canyon, out by Newhall [California]. Then we shot some out in Castaic. You don’t really see it in the film, but [Ryan Gosling’s stunt double] Jeremy Fry was in the Mustang and [stunt driver] Rich Rutherford was in the 300, and they were putting it out there. It was a situation where, at certain points, if they went off the road, it would have been game over. That was it. It was a 1,000-foot drop. It was a gnarly couple of days. But it was cool!

Was that a one-take deal?
That was one take, buddy. It’s kind of cool because Drive didn’t have a huge budget. Everybody wants something they’ve never seen before, and it’s a bit easier to get there when you have $150 million. But I like the challenge and I like trying to do things almost to prove that you don’t need $150 million to make a good movie.

Tell me about the opening chase, set in downtown L.A.
That was a sequence that Nicolas was really adamant about. It was basically a slow-speed car chase. I can’t say that everyone in the production was on board with the idea. There was a lot of talk about whether it would work or not. But it’s a credit to Nicolas and his vision, and his vision is just incredible. He had this whole idea of building tension from inside the car. He kept referencing sharks in the water; these guys trying to get out and sharks are circling.

How was that scene shot?
We shot in L.A. over the course of a few nights. And we choreographed the whole move, so it actually flowed. One of my right hand guys, Wade Allen, was former LAPD. And they brought Wade in and had him question the dialogue and the script. Wade — I don’t want to say he rewrote it — he had a lot of suggestions on how it should all work and what would happen. Also, we put Ryan Gosling’s car on this [camera-rig] thing called the Biscuit. It’s not dissimilar from something we used years ago called the Go Mobile. We used that on The Bourne Supremacy, in the tunnel, in the final chase scene. It worked so well the first time Matt Damon drove it, he was giggling like a child. He called it the “No acting required mobile.”

You did some stunt double work on The Matrix films, doubling for Hugo Weaving. Did you and Ryan talk much about his character of a stunt driver and double?
Nicolas wanted Ryan to start training and hanging out with the stunt guys — basically going to stunt driving school. It was partly so that we could use Ryan driving as much as possible, but it was also so that he could feel what it was like to be a stunt guy. He would come out and Location would find us in an old church parking lot and Transpo would drop off a new Camaro or Mustang and Ryan would slide it. He’d basically cook the thing. We had one where I think the brakes caught on fire. Then they’d load the thing back on the tow truck and take it away.

I think Ryan really enjoyed it. His double, Jeremy Fry — who I think is one of the best drivers in the business — was there the whole time. I think Ryan got the feeling that he was a stuntman. He was doing all the slides, he was doing reverse 180’s, all kinds of stuff. He is probably the best actor I’ve ever had the pleasure of training.

When you watch his performance, do you recognize any stuntman characteristics there?
Somewhat. I think it would have been a different movie to play it more realistically. Stunt guys are inherently camera-shy — until they’re not. They’re almost like kindergarteners; they will screw off as much as possible.

This is such an L.A. movie. Were there any L.A. moments that took place during filming?
Nothing really on Drive. Random homeless person walks into your shot, that kind of thing. But when I was working on Cradle 2 The Grave, I was dressed up as a S.W.A.T. guy in downtown L.A. We were outside of a building, taking a break, when we heard helicopters and sirens screaming. All of a sudden, over the hill comes this car, being chased by a by a bunch of cop cars. It was a real car chase. This guy comes over the hill and sees 20 guys decked out in S.W.A.T. gear, holding weapons, just looking at him! So he slows down to 5 miles per hour and you could see everyone trying to process what was happening. The guy was like, ‘Why aren’t they shooting at me!? What is going on!?” It was classic.