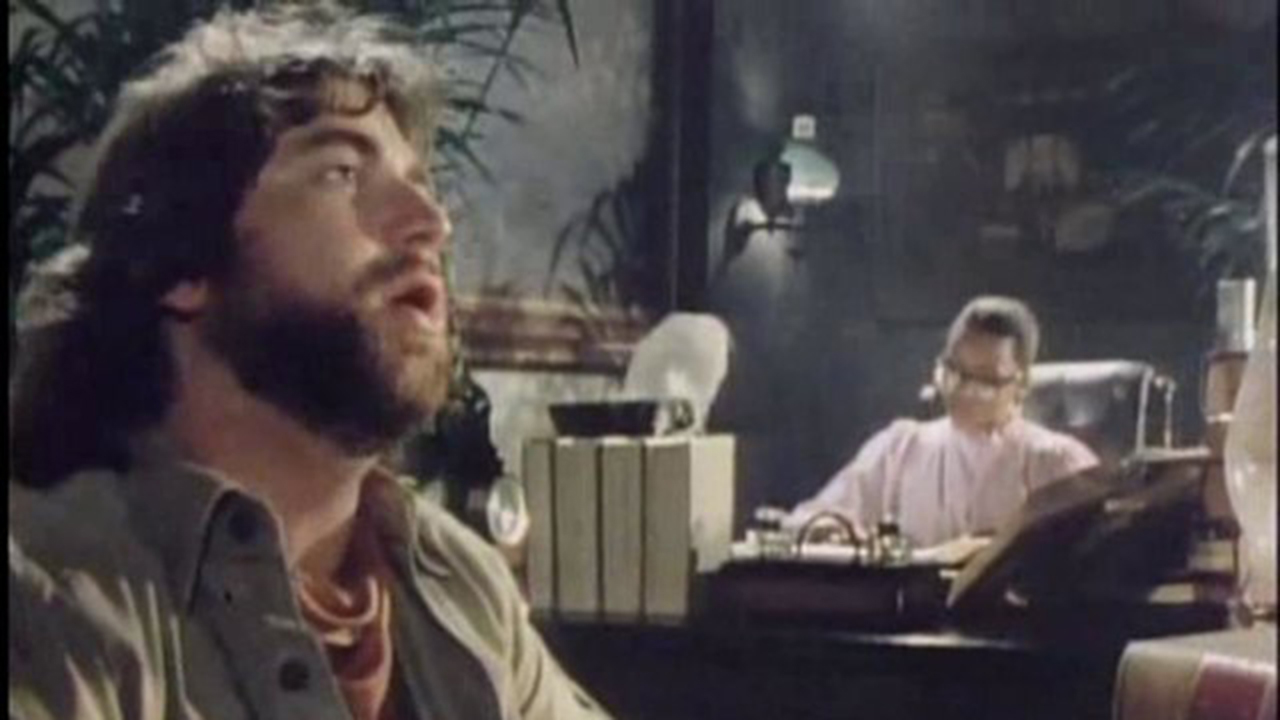 There are few songs that can make a dinner party burst into tableside karaoke like Toto’s “Africa.” I know, because I’ve witnessed — and taken part in — several such eruptions. It’s one of those songs that, while admittedly drenched in ’80s corniness, is really well crafted. “Africa” manages to build expectation from the very first note, with skittering synths layered over subdued vocals and gentle percussion, and everything crescendoing into the explosive, sing-along chorus. It just reaches deep inside and twists something. Not bad for yacht rock.

Keyboardist David Paich wrote the song in 1982 as a passion project, honing the lyrics for months before taking it into the studio with the band. He eventually tacked it onto the end of that year’s Toto IV as a last-minute addition. While Paich claims he knew that “Rosanna” (from the same album) and “Hold the Line” (from Toto’s 1978 eponymous debut) would be hits, he says he had no clue that “Africa” would become arguably the band’s best-known song. “It was a rogue, fluke kind of thing that pops up every once in a while,” Paich said. The song climbed the charts, eventually hitting the no. 1 spot on the Billboard Hot 100, making it possibly the only song about a social worker ever to hold that honor. (When I told Paich I had always assumed it was a love song, he laughed, kindly adding that it was about a guy’s love of a continent, so I was sort of right.)

Toto just put out its first album in almost a decade. This is surprising only in that the band clearly loves playing together so much, it’s weird that it took the members so long to get back into the studio. “We’re really happy about it; we really love it,” said Paich of the album, aptly titled Toto XIV.

While Toto is still recovering from the death of longtime bassist Mike Porcaro, don’t expect the band to stop recording or touring any time soon. “We’re still here, making music,” Paich said. “It’s the thing that we love to do.”

I talked to the singer-songwriter–synth player about the secrets and story behind “Africa.”

The Story Behind “Africa”

“I would see UNICEF commercials on TV, way back in the day, and I was a big reader of National Geographic. I’ve just always kind of been fascinated with Africa. I just kind of romanticized this story about a social worker that was over there, that falls in love and can’t — is having kind of a paradox, trying to tear himself away from Africa to actually have a life.

Click here for all of our interviews with fascinating people from the worlds of sports and pop culture.
“I went to an all-boys Catholic school, and there were a lot of brothers that were teaching us there, and they were going to Africa and coming back. A lot of them were deciding whether to go into the priesthood, or whether to get married or not, and there were a lot of issues — like, celibacy was obviously a big issue. I had all these things rattling about in my brain when I was writing the song. All these thoughts about priests and young social workers that have gone over there, devoting their lives to helping people, and having to choose what kind of life they’re going to have — whether to keep doing this, what I’m doing here, or can I have a life, get married, have kids, and do that kind of thing. So it was a life choice mixed in with a geographical fascination there.”

On Writing the Lyrics

“It was back in ’82. The chorus came very quickly, but I didn’t have a verse, I had the music. When I sat down and played the chorus, the way you hear it just came out: ‘It’s gonna take a lot to drag me away from you … I bless the rains down in Africa.’ I just stopped for a second. I said, ‘Whoa, whoa, I gotta write this down.’ It’s different, and I wasn’t sure what it meant at the time. Then I worked backwards and constructed a story that felt appropriate, with lots of twists and turns. I worked on it for the next six months, on and off working on the lyrics for that, because it was such a special song. I’d never tried to write anything like that before, you know? The rest of the songs were, like, ‘Hold the Line’ and ‘Rosanna’ and those kind of things, but this was a little bit deeper. We were working on the record, too, so I worked on it on and off.”

“It was kind of an experimental cut for Toto. We had the album done, and this was the added cut. We actually did a loop in the studio, old-fashioned style, like the Beatles did, and had the tape going around the room and the mic stands, with Al Schmitt, the award-winning engineer. We put things on one at a time — started with [drummer] Jeff Porcaro, [percussionist] Lenny Castro did this great percussion loop, and then added everybody one at a time. And then added Tim Schmit from the Eagles, who sang harmonies on it.”

“We had finished our record, so when I started writing that, they were like, ‘Dave, why don’t you save this for your solo album?’ It’s kind of the joke — when someone writes a song that doesn’t really fit into the Toto mold, the joke is, everybody says, ‘Save that for your solo album.’ So the band kind of indulged me and let me start working on this track for it. This one barely made it; it just got on the end of the Toto IV album. It’s the one that didn’t get away, you know?”

On How Surprised He Was When the Song Became a Hit

“I think it starts breaking there, and you know how things catch on. It became popular, kind of like a little cult thing, and all of a sudden started climbing the charts. We couldn’t believe it. I mean, we still look at each other, turn to each other with a look of amazement today, at the journey that song’s taken. Normally, things that are kind of deep and musical and kind of off the beaten path don’t make for hit records. I mean not always, for us anyway, so that was a very special record.”

On What Makes the Song Still Resonate With Fans

“I think the hypnotic beat that Jeff Porcaro put together on it was just incredible. It’s just this tribal, primal hypnosis thing that goes on with this heartbeat that keeps counting. I think that when a song is story-driven, it’s interesting to follow along and listen to lyrics that have a little bit of thought put behind them. This was definitely story-driven. I think there’s kind of a few twists and turns, there’s a lot for people to interpret on their own. The harmonies and the vocal arrangement, and the way they come together in the chorus, [have] a lot to do with it. My favorite section is when I hear the marriage of words and notes and the harmonies, all blending together in the chorus — that’s what gets me. It’s just there’s something magical that happens when it all comes together.”

On Whether Toto Still Enjoys Playing “Africa” in Concert

“The song always seems to fill my heart, and I never get tired of playing it. When the pull starts happening, people start clapping, and it becomes kind of a crowd-participation thing. There are so many thoughts that go through my head when I’m singing this song. Thoughts of us being in South Africa, all the history that’s gone on in the world since then, and just the fun and joy of making music. So my band might get tired of playing it after the thousandth time, but we always try, and everyone seems to find a new energy onstage when we’re playing it, so that’s what we do.”

On the Song’s Legacy

“It’s a very special song, you know? I was asked to perform it at the United Nations, to bring on Bishop Desmond Tutu, when he got a humanitarian award there. Then, in the late ’90s, we were able to go back to South Africa, after apartheid was ended, and we were able to play Capetown and Johannesburg and play ‘Africa,’ with some of the local musicians there and singers. It was quite a treat for us. It was just like a pinch-me moment. And at the same time, it’s become a kind of icon, a humorous icon. When it was on Family Guy, the world found out Toto doesn’t take itself all that seriously. We thought it was funny. Then we saw Justin Timberlake and Jimmy Fallon do a little skit on ‘Africa,’ and we really enjoyed that.

“It’s really flattering when people do stuff like that. We enjoy it. All in all, it’s been quite a journey.”