Program Alert: AMC Is Marathoning Rectify This Sunday, and You Might Want to Check It Out 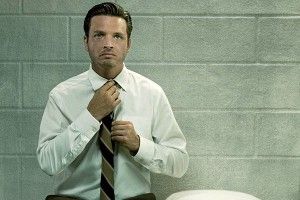 This Sunday, AMC will be running a marathon of the entire first season of Rectify, which is a much more productive way to spend your precious weekend than dumping another hour of half-attention into True Blood. And it has already been picked up for a second season, so your time investment could pay off again down the road.

Here’s what Andy Greenwald said about Rectify back in April in his column on the Sundance Channel’s great new series:

Writer and director Ray McKinnon (also an actor; he played Reverend Smith on Deadwood) initially intended this story of Daniel Holden, a man freed by DNA testing after 19 years on death row for a rape and murder he may or may not have committed, to be a film; in fact, with its moral ambiguity, its gauzy, Leica-lit shots of Southern summer air and obligatory wheezing cameo by a theater legend (Hal Holbrook, with too little to do), Rectify could have played in Park City in any of the last 20 years. This is not meant as faint praise: The two-hour pilot is assuredly cinematic and equal parts disconcerting and alluring, particularly when the truly brilliant Abigail Spencer (Don’s teacher fling in Mad Men Season 3), as Daniel’s free-spirited sister Amantha, shakes her unblinking brother like the hot wind through a Georgia oak.

You can read the rest of the column here.

Songs of the Week: Justin Timberlake Fights for Rights, Robin Thicke Will Help You Pick Out Underwear, Britney Spears Is Friends With the Smurfs