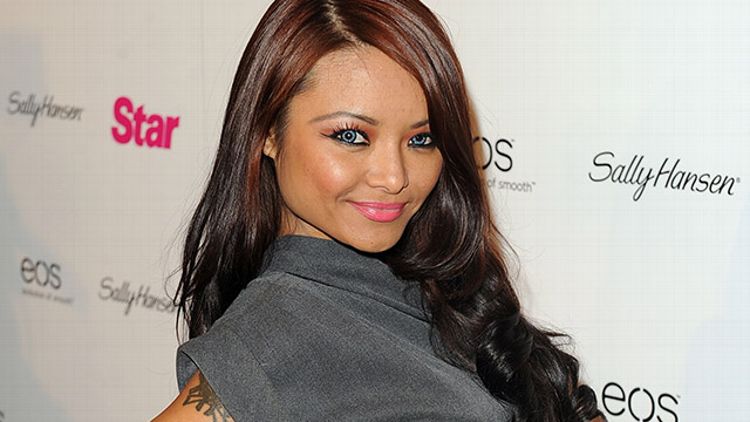 Elisa Lam was a 21-year-old Canadian woman who was found dead this February in a rooftop water tank of the Cecil Hotel in L.A. Paul Walker was a beloved action movie star whose death has affected millions. Tila Tequila is a former reality TV star and, apparently, a crazy person. A message on her Facebook page (via Us Weekly):

I know who killed Elisa Lam. The Mysterious Video of the Girl in Elevator who ended up ‘mysteriously dead’ at the bottom of a closed off water tank. I believe I am the only person on this entire planet who knows what happened. I knew it the first time news of the strange video started circulating the internet weeks ago. I have just kept my mouth shut because there is a lot more to it and of course . . . cases like this . . . I just did not want to draw any attention to myself but I know exactly why they did it and yes it was indeed a ritualistic murder. Just like Paul Walker’s.

However, for Lam’s case I have so much detail that it may blow your mind. I know it blew my mind and that’s why I was debating on [whether] or not I should blog about it as I did not want to have anything to do with it . . . except for the fact that this ritual murder was directly linked to my ritual murder last year . . . So . . . kinda makes it hard for me to talk about, but . . .”

The Shot at Love alum has also written a series of anti-Semitic posts on Facebook, claiming she supports Adolf Hitler. In response to backlash from fans, Tequila wrote on Monday, Dec. 9, “I never said I hated anyone, but just because I feel sympathy, compassion, and forgiveness for others such as Hitler means I am now a monster? All for trying to open your eyes to the truth that Hitler was NOT as bad as he was painted out to be?”

Gossip Cop reports that Tequila previously posted a photo of herself dressed in Nazi garb standing in front of Auschwitz, but has since deleted the image. She also said she converted to Judaism last year, but claimed she was “mocked” and “rejected” by Jews.

And for what it’s worth: Earlier today, her website was mostly taken up by some repulsive, hurtful conspiracy-theory mongering, including one image of Bernie Madoff burning fiery Stars of David into the Twin Towers with his laser-beam eyes. It currently has a countdown clock (already down to zero?) and a message: “Updating the Website and about to unleash some MAJOR FUCKING SHIT! Some fuckers are going DOWN! Will be back up momentarily. Until then… IT IS WAR! Bring it bitch. : D”

In conclusion: Feel free to continue living your life blissfully ignorant of the thoughts and opinions of Tila Tequila.

Godzilla Teaser Trailer: It's San Francisco's Turn to Get Demolished

You Guys, I Don't Think R. Kelly Is Actually Singing About Oreos