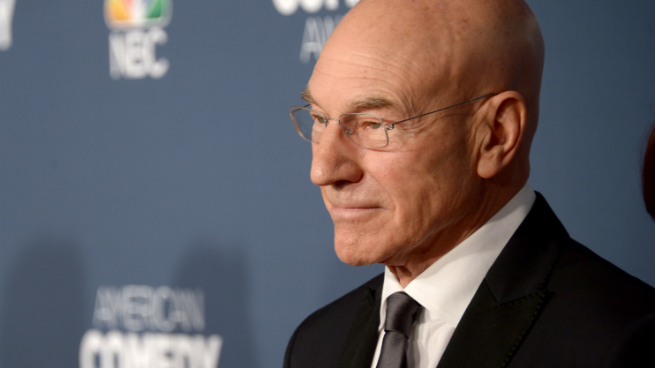 Starz — or as it’s still known around here, the network that rudely deleted Party Down from our lives — has picked up two 10-episode seasons of Blunt Talk, a comedy from Bored to Death‘s Jonathan Ames, who’ll write, executive produce, and run the show. Set for 2015, the series will star Patrick Stewart as Walter Blunt, a Brit anchoring a nightly interview show on American cable. “Blunt is on a mission to impart his wisdom and guidance on how Americans should live, think and behave,” writes The Hollywood Reporter. “Besieged by network bosses, a dysfunctional news staff, numerous ex-wives and children of all ages, Blunt’s only supporter is the alcoholic manservant he brought with him from the U.K. to join him in Los Angeles.” Seth MacFarlane is executive producing.

Patton Oswalt and Billy Eichner play Does Shakira Know What This Is?

Lisa Kudrow’s HBO series, The Comeback, is definitely getting a six-episode return.

The Wall Street Journal, which originally broke the Justice League/Zack Snyder story, is now saying there are nine DC movies in development.

Worth going to London: Radiohead’s Jonny Greenwood will perform his astounding There Will Be Blood score along with the film and an orchestra.

Sandra Bullock might do a movie about the rise of Tupperware. The Help and Get On Up director Tate Taylor is attached.

The most monstrous Godzilla trailer yet. “Let them fight,” indeed.

Louis C.K. turns his powers — and his seriously-mad-face — against standardized testing.

Paul Feig is helping Yahoo launch some original content; he’ll executive produce Other Space, a half-hour comedy about “a misfit group of space adventurers who stumble upon an alternate universe.”

Outkast does “Hey Ya!” in Georgia, Janelle Monáe dances all over the stage. [via]

Naya Rivera might’ve been fired from Glee after feuding with Lea Michele and the producers.

And head to BuzzFeed to see the trailer for David Wain and Michael Showalter’s They Came Together, starring Paul Rudd, Amy Poehler, and featuring so many other funny people. Looks like the send-up rom-coms have been in dire need of for about 30 years.