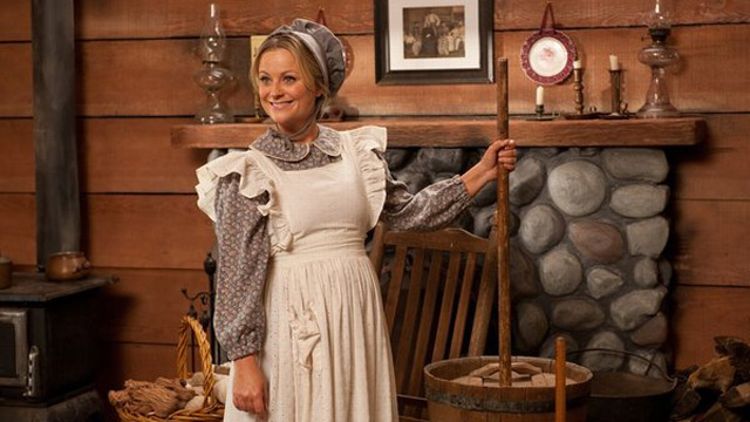 Yesterday, FX announced it was going into business with ex–talk show host George Lopez on what’s become known as a “10/90” deal. It’s not a tax thing — though it does have serious financial implications for those involved. Rather, it’s an industry term referring to the sitcom strategy popularized by Tyler Perry and TBS a few years back, in which a new show is given 10 trial episodes to find its sea legs and to hit certain ratings benchmarks. If all goes not-catastrophically, a subsequent order is given for 90 additional episodes. It worked for FX with Charlie Sheen’s comeback vehicle Anger Management, and it’ll likely work again with Saint George, in which Lopez is set to play a guy with a wacky family life who does stuff. This sounds flippant, but it’s not meant to. 10/90 deals for creaky-premised sitcoms are ideal for networks in search of reliability, not excellence. Saint George, like Anger Management and Tyler Perry’s House of Payne before it, will provide value not by breaking ground or cracking wise, but by being a known quantity. These are the shows that no one talks about but produce a uniform, dependable product. They’re the humble bricks necessary to build a solid schedule and protect a network from the slings and arrows of outrageous ratings misfortune. Quality aside, these sitcoms are a throwback to the way television used to be before auteurs and recaps, back when “social media presence” were three words that played about as well together as Charlie Sheen, Les Moonves, and Chuck Lorre.

As valuable as it may still be for programmers, consistency doesn’t get much play these days from those of us on this side of the screen. There are too many shows debuting, too many sharks being jumped, too many cliffs being hanged to take time to consider the series that don’t need to stand out to deliver. It’s a conundrum faced by Parks and Recreation, now gliding effortlessly toward the conclusion of its fourth consecutive stellar season. (Its first season was a mere six episodes and is necessary only for completists.) No show on TV, comedy or drama, has been as steady or as wonderful as Parks these past few years. It’s not as quick as Happy Endings  nor as cute as New Girl. It’s not as creative as early Community nor as cringey as late-period The Office. But Parks chugs ever onward, as smart, sweet, and silly as ever. It is, in the words of Chris Traeger, the tall drink of Vitaminwater played by Rob Lowe, “a locomotive of positivity that runs on team power.”

And yet I’d wager that NBC’s barely hate-watched disasterpiece Smash has garnered more coverage than Parks in 2013. I’m just as much to blame as anyone. Though I’m not nearly enough of a masochist to watch Smash — also, I’m deathly afraid of scarves  — I did recap NBC’s Thursday night for almost two full years. During that time, the best show each week was invariably Parks and Rec, and yet I consistently struggled with how to cover it. Was it newsworthy to remark on Amy Poehler’s indefatigable charisma and good cheer? Was it edifying to report on Chris Pratt’s boundless enthusiasm, Nick Offerman’s stalwart mustache, or Aziz Ansari’s wheedling swag? While the other comedies would spike up or down on a regular basis, Parks both settled in, strengthening the bonds of affection and mild irritation between existing characters, and spread outward, building a nearly Simpsons-worthy bench of supporting wing nuts, cranks, porn stars, and news anchors. With great care, warmth, and precision, Michael Schur and his crack team of writers constructed a fictional town that gradually felt more and more like a home. This made for excellent television but terrible headlines. When you’re always good, the best way to get noticed is to get worse, and that’s simply never been an option for a chipper perfectionist like Leslie Knope. To put it in terms she would appreciate, a down episode of Parks is like a bad waffle: At the end of the day, it’s still a waffle.

Last night The Office was mercifully granted a night off, and so NBC burned two original installments of Parks and Rec instead. Once again, the only thing really worth saying about them was that they were wonderful. In the first episode, Leslie donned a bonnet and faced off with Patton Oswalt over the viability of some of Pawnee’s most dated civic laws, including a white man’s right to purchase any Indian property for 25 cents (sorry, Tom’s car!) and the enforced tradition of dunking a man named Ted in the lake to protest British tax laws (someone got a little wobbly with the quill when it came to writing “tea”). Crammed into its elegant 21 minutes was a barbed satire of constitutional constructionism, some pretty choice Dothraki jokes, and the sight of a grown man giggling over a solitary game of stick-and-hoop. (There wasn’t room for Oswalt’s impassioned, unedited Star Wars filibuster, although there probably should have been.) The second episode, directed by woefully underrated filmmaker Nicole Holofcener, returned to one of the show’s funniest wells: the impossibly happy life of Jerry Gergich, office punching bag. And while I loved the image of Leslie serving as the bewildered meat in a beautiful blonde sandwich, the most remarkable aspect of “Jerry’s Retirement” was the way it highlighted the show’s commendable (and unique) commitment to change.

The consistent quality of Parks and Recreation doesn’t just frustrate those of us assigned to write about the show, it obscures for all viewers how the world of Pawnee is constantly evolving. The series is as delightful as ever, but in a completely new way: Leslie and Ben are now married (thus limiting their grossest lovebird behavior — making mac-and-cheese pizza — to a single household). Ron, smitten, is attempting to tolerate human children. Tom has a successful business renting haute couture to adolescents. Chris and Ann are conceiving a child. Donna is bidding on Terrence Howard’s tank top from Hustle & Flow. This fearless growth is not normal behavior for a sitcom. In fact, it’s the polar opposite of the stalwart dullness that keeps the George Lopezes and Charlie Sheens of the world attractive to content-starved broadcasters. And while I’d love to credit it all to Michael Schur’s personal bravery, a lot of the momentum was fueled by actual fear: Parks has been perpetually low-rated, so Schur has been compelled to end every season with a potential series finale. (Even this year’s stunning high-water mark, the impromptu wedding of Leslie and Ben, was constructed as a could-be last hurrah.) It’s one of the blessings of NBC’s continued incompetence that it now finally seems able to see the value in investing in a non-sinking ship; I’ll be more shocked than Ben Wyatt flipping through the Gergich family album if Parks isn’t renewed for a sixth season next month.

There’s generally nothing that makes me happier than the speedy jostle of online television debate. But occasionally the engine-revving, brake-squealing fury of Twitter can turn even a professional TV watcher into a casual fan at Daytona: another mope just waiting for a crash. Parks and Recreation may not be the fastest show, and it’s certainly not the squeakiest wheel, but I’m happy to say NBC is likely to let it finish the race. Even so, it’s occasionally worth remembering that it has also already won.

Filed Under: NBC, Parks and Recreation