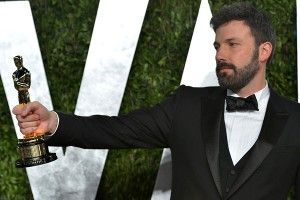 There will be plenty of time later to break down all of the rich, glitzy, succor-providing Hollywood action — from the talking bear, to the hugely throated Jennifer Hudson, to the fact that now, more than ever, America is feeling some feelings about Miss Anne Hathaway — that was last night’s 85th Academy Awards, and Grantland will indeed be back with you later with a full gasp/GIF-filled rundown. For now, though, let’s focus on two things. First, the full list of winners, provided below (Affleck, bro — you’re crushing it!). And second: the fact that Seth MacFarlane hosted the Oscars last night, and yet the world did not end.

And the winners are:

Reality TV Friday Podcast: The Return of Survivor, The Shahs of Sunset Reunion, and More