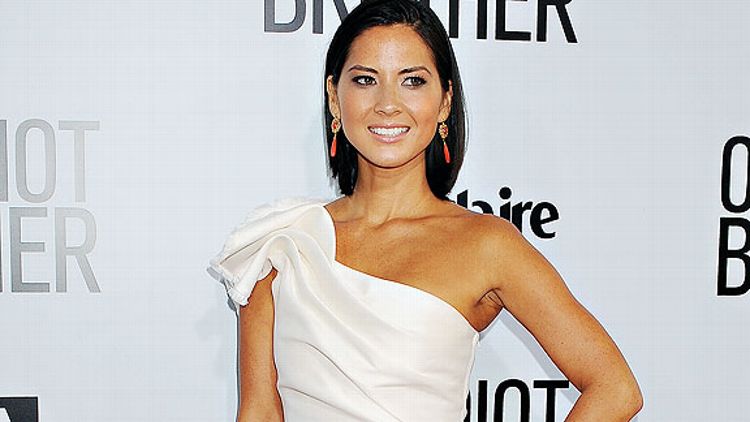 Olivia Munn has joined the cast of Steven Soderbergh’s male stripper epic Magic Mike. In order to prove to the haters once and for all that she’s a talented actress, Munn will play a male stripper. Grade: B+ [Deadline]

Cougar Town’s Bill Lawrence and How I Met Your Mother’s Greg Malins have teamed up to sell a workplace comedy to CBS, on which Malins will act as showrunner. The actual workplace that the show will be set in has not been revealed, so safe to assume “U.N. cafeteria.” Grade: B [Deadline]

John Boyega, the young star of British alien-attack flick Attack the Block, has landed the lead role in HBO’s recently announced boxing drama Da Brick, as Donnie, a character loosely based on Mike Tyson as a youngster. Prepare yourself now for a bunch of “Wait, that dude’s English?” conversations. Grade: A [Deadline]

The 1984 Kathleen Turner/Michael Douglas action-adventure Romancing the Stone, about a New York romance novelist who falls in with a bird exporter, will be remade by NBC with Shawn Levy attached to direct. In the new version, the fish-out-of-water woman and the reckless adventurer would team up weekly to try to find her missing brother. Every week they’re going to do this? These people are going to be terrible at finding missing brothers. Grade: C- [HR]

As T.I. moves from prison to a halfway home to finish up his sentence, a VH1 reality-TV show charting his comeback and a HarperCollins novel he’s written called Power & Beauty (about two best pals torn apart in the streets of Atlanta) were announced. Ah, the American dream. Grade: C [Billboard]

Canadian prog-rock legends Rush have signed with Roadrunner Records, and will release their next studio album, Clockwork Angels, in 2012. Slap da bass in anticipation. Grade: B [HR]