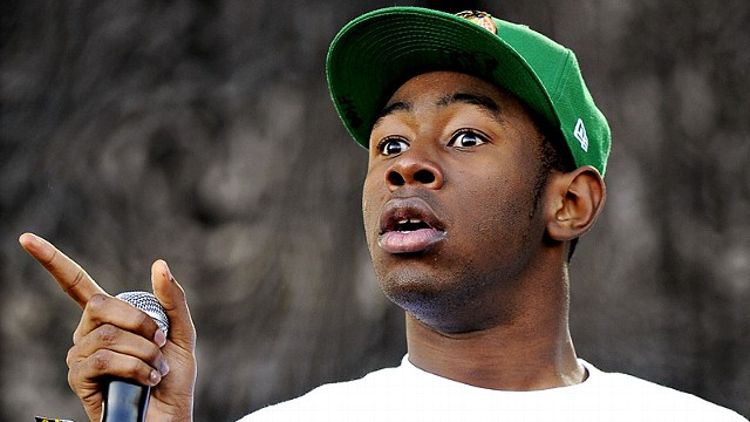 When the Los Angeles hip-hop collective Odd Future first started making noise, early last year — way before front man Tyler, the Creator (pictured above) won an MTV VMA award — one of its most intriguing members was the teenager Earl Sweatshirt. And that’s because he wasn’t around. While his mixtape Earl, a short but lyrically exceptional collection, was available for download, he himself was … somewhere. Tyler wouldn’t quite explain where Earl was, only to say that he was being held against his will, and that the whole crew wanted him back soon. Fans started rocking “Free Earl” shirts, and concerts often ended with a run-through of his track “Earl” (“Twisted sicker than mad cattle, in fact I’m off / Six different liquors with a Prince wig plastered on,” and that’s about all that can safely be repeated here). Then Complex discovered his whereabouts — the Coral Reef Academy in Samoa, an “off-shore treatment program for at-risk teenage boys” — and the situation got even weirder. The New Yorker followed through with a huge Odd Future piece that purported to speak to Earl, but only through e-mails passed along by his mother. In those conversations, Earl said he was at the academy voluntarily figuring some stuff out, and that he’d be back soon but on his own accord. The Odd Future crew more or less dismissed those claims of free will, and other than a few snippets of new Earl music here and there, that was the last we’d heard of it.

Until yesterday, where a new Earl song called “Home” popped up. Brief and punchy, it’s a chunk of dense, intricate rhymes that certainly sounds like the dope stuff Earl’s put up so far: “Self-loathing narcissist / Spittin’ crowbars out the back window of cars and shit / And acting like a klonopin binge-hardening / And switching up the moniker of artists into arsonists.” (Eminem should be proud.) At the end: “And … I’m … back. Bye.”

Welcome back, Earl! I’m raising a glass of death juice in your name.

The Bachelor Sex Tape ... and Other Horror Stories From This Week's Tabloids