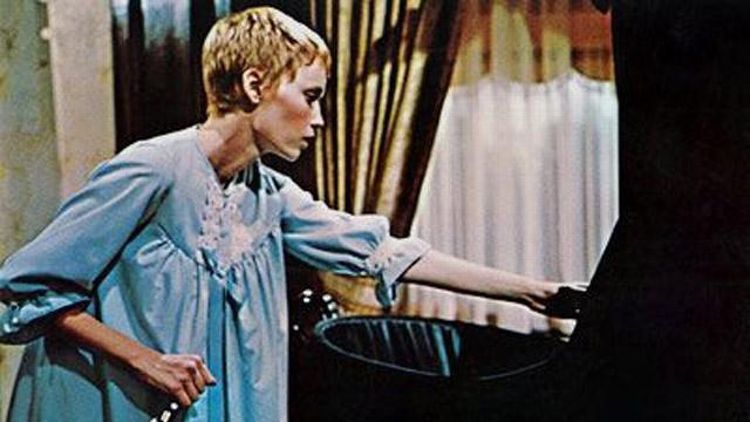 Break out your sachet of tannis root, because NBC is doing a “reboot” of Rosemary’s Baby, despite that it never actually booted it originally. This weekend at the Television Critics Association press tour, NBC chairman Bob Greenblatt announced a slew of new projects for the peacock, including Rodham, a miniseries about Hillary Clinton starring Diane Lane, and an update of NBC’s 1993 miniseries adaptation of Stephen King’s The Tommyknockers, possibly to try to grab some of the shine from CBS’s successful adaptation of King’s Under the Dome. Greenblatt doesn’t seem too sure that these new projects will revive the oft-flailing network’s critical and commercial prospects. He claims that lauded cable dramas “on our platforms with those numbers would be canceled,” and it’s not fair that “the bastard child is now broadcast television.” Or maybe you could support shows that might struggle with audience numbers initially but bring in strong reviews and attract loyal fans? Because by NBC’s current logic, Seinfeld wouldn’t last two seasons.

Greenblatt is already hedging his bets on whether NBC’s new slate will lead to any actual ratings bumps. His comment that “flat is the new up” for NBC’s ratings sounds an awful lot like a passive-aggressive IRL subtweet of Netflix, whose Orange Is the New Black unexpectedly became the streaming service’s biggest original hit yet. Maybe Greenblatt watched this season of Mad Men, which took place in 1968 and made copious references to Rosemary’s Baby. Why even attempt to turn a perfect movie into a TV show? The obvious answer is that it’s a proven quantity with high name recognition, but the equally obvious pitfall is that it’s already a classic that cannot possibly be improved upon. NBC actually already aired a “Rosemary’s Baby” semi-recently; it was the title of a 2007 episode of 30 Rock, one of the show’s best, where Liz Lemon links up with a female comedy writer hero named Rosemary (played by Carrie Fisher) only to realize she’s nuts.

There was also a 1976 TV-movie sequel to the original film about Adrian (the baby) as an 8-year-old, called Look What’s Happened to Rosemary’s Baby, which starred Patty Duke as Rosemary and George Maharis (Arrested Development Season 4 callback!) as Guy. Tina Louise is there, too, playing a prostitute, and Ruth Gordon reprises her creeptacular role as Minnie Castevet, with Ray Milland filling in for Sidney Blackmer in the role of Roman Castevet. And for the sake of completeness, I should also mention that there is a kitschy 1976 soft-core porn called Baby Rosemary (“There is NOTHING she wouldn’t do to fulfill her Secret Sexual Fantasies!!!”), and Ira Levin wrote his own sequel to the original book in 1997, called Son of Rosemary.

Casting has not been announced yet, although the story is set to be “a retelling of the bestselling novel by Ira Levin” and will take place in Paris rather than in the Bramford apartment building (actually the Dakota). Will it be updated for modern times? Will Rosemary be on Twitter typing things like “smthn wrng w bb eyez :(“? Only time will tell. Until then, let’s make some dubious casting suggestions for the four lead roles! Barton has Mia Farrow’s tremulous girl-woman good looks and would look amazing in Rosemary’s baby-doll dresses and Vidal Sassoon pixie haircut. Plus Barton has horror-movie cred from her own stint as a ghostly child in The Sixth Sense. Reynolds had a disastrous box office weekend recently, and we could all use a reminder of how he got elected famous in the first place. A return to his Two Girls, a Guy, and a Pizza Place TV roots would make him look humble and allow him to prove his chops. I think he’d be perfect in the role of smug, controlling hot creepster Guy Woodhouse, originated by John Cassavetes. Because it takes a blowsy dame to rock that dark-red blush. I miss seeing Dern as the malevolent Frank Harlow on Big Love so much that I’d like to see him as evil-weirdo-in-tacky-blazers Roman Castevet. Alternately, you could cast present-day Farrow and her friend Philip Roth as the Castevets. They’re definitely not too highbrow for such a thing. Farrow recently joke-tweeted that they were watching Sharknado together. It’s the role he was born to play! WAHHHH! WAHHHH!