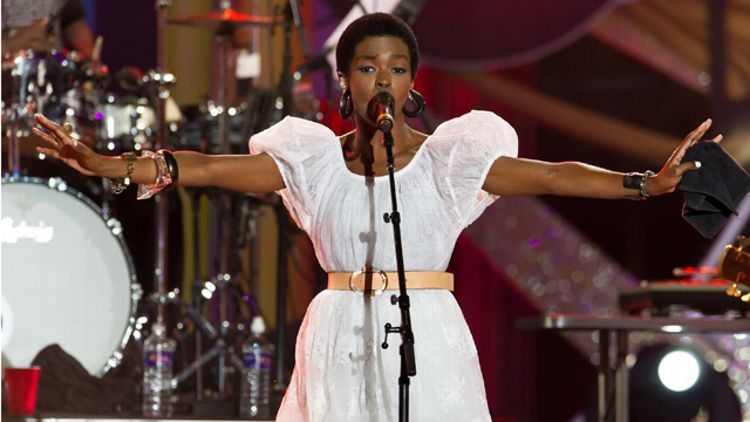 Lauryn Hill’s $1 million tax debt sentence was a two-parter: three months in the Orange Is the New Black prison, three months in home confinement. Now, a few days after Hill headed home and dropped a new track, TMZ reports the house arrest is being postponed to permit a tour. The dates on Hill’s request run from November 15 through December 31, so she could be on the road for a while, if we’re lucky.

Yeah, lucky. Since 2010’s Rock the Bells (or, if you want to go way back, since 2002’s MTV Unplugged), seeing Hill perform has either been a gamble or an exciting way to spend your allowance. After a last-minute pre-jail gig in Brooklyn in May, one concertgoer called Hill “one of the most charismatic singers in the past 30 years” and “our Aretha, basically”; another jeered that “it’s sad to see one of my favorite artists lose their minds.” Interpretations of Hill’s act seem to vary based on fans’ willingness to welcome the unexpected, to remember they have Miseducation on a shelf back home and can press play any time. Those “Lauryn’s crazy” comments have never ebbed, though, despite the fact that once you kick any of the argument’s wonky legs — she just has so many kids! She calls institutionalized racism like she sees it! Her style isn’t as immediately accessible as it was 15 years ago! — it all falls apart.

“Neurotic Society” — released two months before jail — and the new song, “Consumerism,” are jam-packed screeds set to deeply unpredictable beats, songs that pummel the listener while turning the lyrical Easter egg hunt into an extreme sport. They dare you to dismiss the dense lyrics as meaningless because they don’t fall in line with the sound that sold almost 20 million records. It’s like if Kanye made The College Dropout, mostly hid out for 15 years, then dropped Yeezus. (Incidentally, Hill’s last single before these two latest releases was 2010’s soulful “Repercussions”; like Yeezus’s “Bound 2,” it showed Hill could still rock her old style in her sleep.) “Believe it or not, I think what people are attracted to about me, if anything, is my passion,” Hill told NPR in a rare interview three years ago. “I think people might realize, you know, ‘We love the way she sounds, we love the music, but I think we just love how fearless she is. How boundless she is, when it comes to what she wants to do.’ And I think that can be infectious.” Don’t say you never got a warning: If Hill’s general fire interests you, cool, because she’s still got plenty. If you were set inside the margins of what she had cooking in the ’90s, peace.

Post-lockup, there’s never been a better time for L. Boogie’s Moment. She’s got a $1 million record contract with Sony, and whatever’s been swirling around in that brain is going to come out, in full, on this tour and this album. Hill told NPR she stopped releasing music because “there were things about myself, personal-growth things, that I had to go through in order to feel like it was worth it. In fact, as musicians and artists, it’s important we have an environment — and I guess when I say environment, I really mean the [music] industry — that really nurtures these gifts. Oftentimes, the machine can overlook the need to take care of the people who produce the sounds that have a lot to do with the health and well-being of society, or at least some aspect of society. And it’s important that people be given the time that they need to go through, to grow, so that the consciousness level of the general public is properly affected. Oftentimes, I think people are forced to make decisions prematurely. And then that sound radiates.” If this kind of talk is crazy, while something like Magna Carta … Holy Grail can literally radiate for months, then I don’t wanna be sane.