Movie Poster Roundup: Because What Else Are You Going to Stare at Waiting on Line? 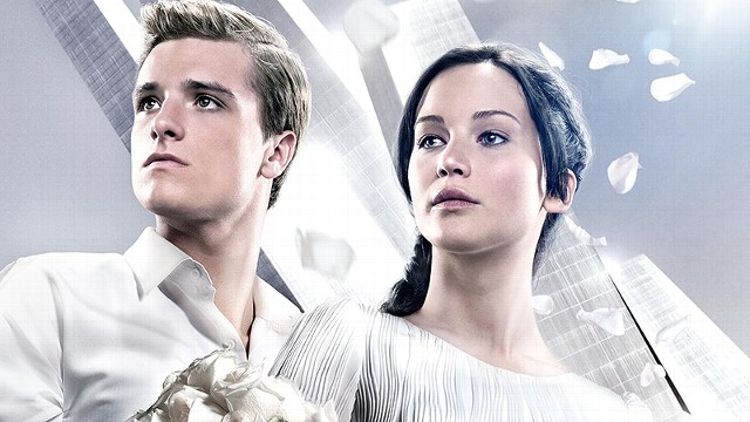 I don’t have any science to support this, but at some megaplexes the trip from the entrance to the seat of your movie has got to be a quarter of a mile. In some cases, it’s easer to find the car you parked than it is the film you drove there to see. Families are allotting walk time in their seat-procurement strategy — walk time!

There is an upside to the megaplex odyssey, and don’t think the studios don’t know it: the stuff clogging the lobby and corridors that promotes other movies. Yes, those posters, mobiles, and cardboard stand-alones still work. We all know that the golden age of the movie advertisement has passed. These are pyrite times, people. If we’re lucky, a movie studio delivers maybe a dozen works of art a year. So far 2013 isn’t even one of those years. Nonetheless, I’ve been in a few movie theaters recently. With fall and winter nearly upon us, this is some of what I saw. 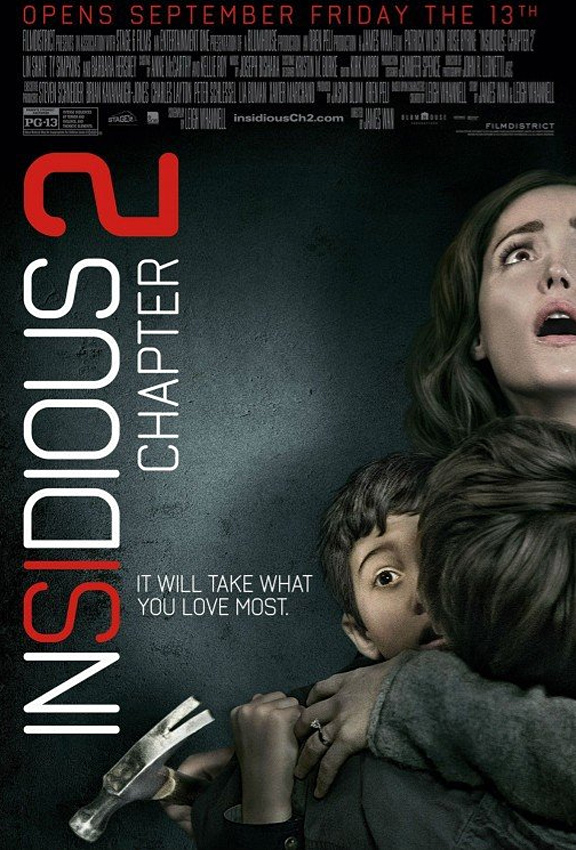 If most horror films won’t be very good, effort should be expended to ensure that that film at least has the trappings of very goodness. It should, say, feature Rose Byrne clutching two small children (boys), but not show her entire face, just 66 percent of it, implying that she might be in grave trouble. It should have her wearing a wedding ring but show no trace of a husband (oh, dear God, no). It should keep one boy’s back to us and only show some of the other kid’s terrified face. It should have Byrne wrapping one arm around the unseen boy’s back and the other around the back of the partially seen boy — WHILE HOLDING A HAMMER. That would be a masterpiece, one whose tagline should read: “It will take what you love most.” Well, it can start with my $12.
Opens: September 13 (a Friday, y’all). 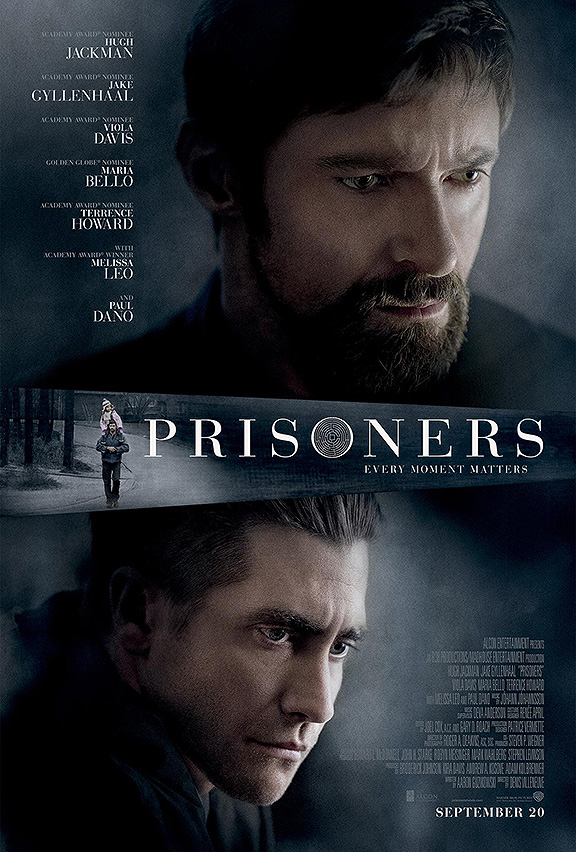 I don’t know where you stand on what a movie poster is supposed to do, but it should convey a sense of what the film is about. All I get from this one is that Hugh Jackman refuses to shave and Jake Gyllenhaal looks police-y. Never mind that I’ve also seen this movie’s trailer (it’s extremely effective) and know that Gyllenhaal is playing a cop. There’s really just one configuration. If Jackman’s furry face is up top and Gyllenhaal is below, then Jackman is literally above the law. Incidentally, the trailer does as all trailers must and gives away the entire plot. So the poster is miserable overcompensation. Why brag that you’ve got all these Academy Award nominees and winners — Viola Davis! Terrence Howard! Melissa Leo! — without telling us what they do? Worse, this accolade strategy shouldn’t be used if it’s going to make even one star feel bad and make you feel bad for that star (sorry, “Golden Globe nominee” Maria Bello).
Opens: September 27. 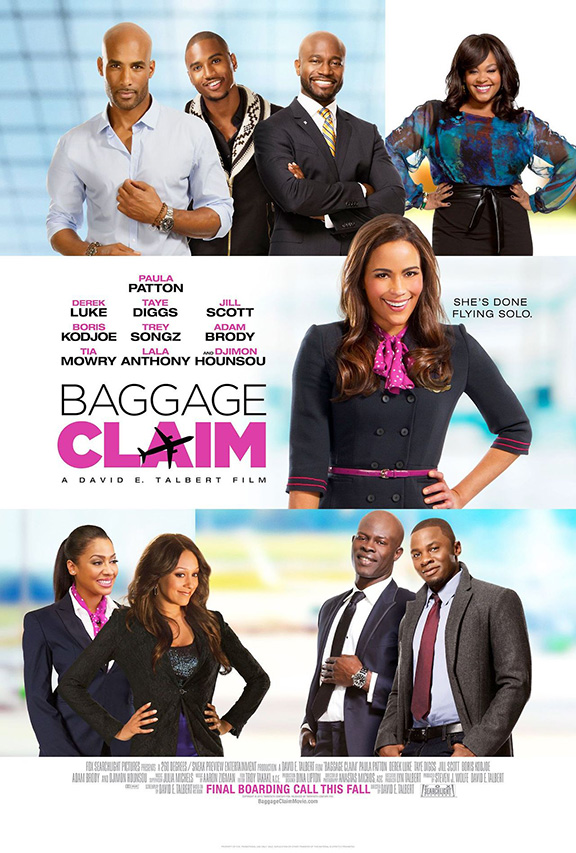 Not the greatest, but not bad, either. It’s practically a trailer unto itself. Right there in the middle but just off center is Paula Patton, dressed like the flyest flight attendant on Chick Flick Air. So we know she’s the baggage and one of the (mostly bald) men on the perimeter is going to claim her. Oh, but: Which one??? There are five! This movie can’t run longer than 100 minutes, so I’m gonna assume one of these guys is gay. But way up in the right-hand corner is Jill Scott, with (sass alert!) her hands on her hips. So she has taken some queen’s Gay Friend job (unless that queen is … her). Below Paula Pats in the lower-left corner are two women (Tia Mowry and La La Anthony) pretending to be thrilled. But they’re faking it. Pats either takes their men (heh-heh, accidentally) or took their movie (also accidentally, claro).

Speaking of men: Three are in the top-left corner (Trey Songz, Taye Diggs, and, unbuttoning his shirt, Boris Kodjoe). The other two — Djimon Hounsou and Derek Luke — are in the lower right. This poster’s credits mention Adam Brody. Where the eff is he? Hey, Fox Searchlight: Sisters love Adam Brody. My sister does, anyway. Either way: Ladies, bring a fork. These men look scah-rumptious.
Opens: September 27. 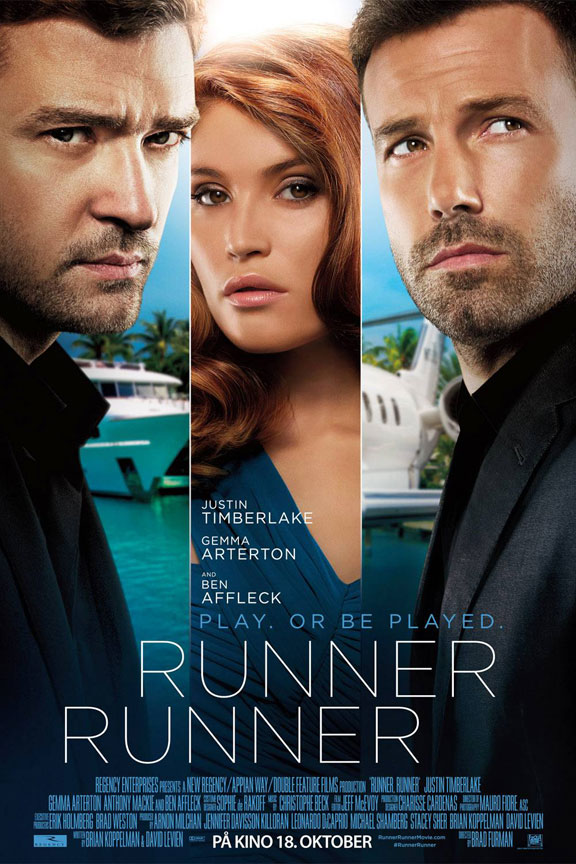 There are some posters that are iconic even though they’re kind of mediocre. The poster for 1988’s Tequila Sunrise is that kind of poster. It’s just a triptych of Mel Gibson, Michelle Pfeiffer, and Kurt Russell above a semicircle. But the poster has action and some design. Gibson looks conspiratorial on the pay phone. Russell’s in a suit holding a gun — and we can’t see his eyes. Pfeiffer, nearing the height of her stardom, looks imperiled with her mouth open partway and those lips apuff. This poster works because it promises you something. It promises that Pfeiffer will sleep with both men but can trust only one (and it’s probably not the guy in shades; oh no!), and that the yacht in the semicircle is going to explode. I’m in.

The poster for Runner Runner is of the Tequila Sunrise school. It’s got Gemma Arterton in a Justin Timblerlake–Ben Affleck sandwich. Are we supposed to envy her? I don’t know. It just makes me feel like a hater. Who the eff is Gemma Arterton? That lady from Clash of the Titans? (At least Pfeiffer had done Ladyhawke and The Witches of Eastwick.) And why are you selling her the way casinos sell women: like they’re, uh, for sale? The tagline is printed all over her chest: “Play. Or be played.” I’m sorry, am I in this movie? Don’t tell me what to do! Timberfleck is wearing the same dark-shirt, dark-suit combo. But — spoiler alert? — Affleck is looking away. What’s the action here? There’s a yacht and a private jet. But why is neither blowing up??? I’m out.
Opens: October 4. 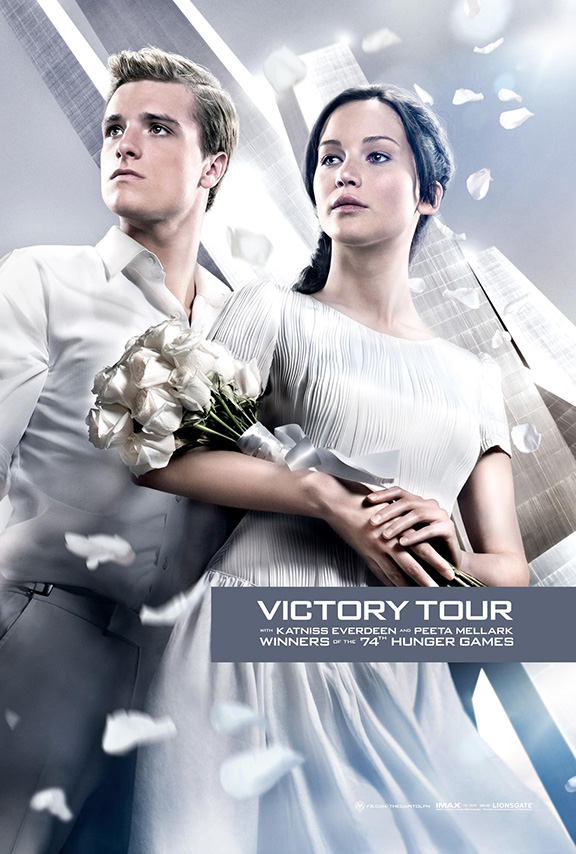 These posters work (there are a bunch of different configurations, and they’re all excellent). They make me want to see a movie I don’t want to see. They make me want to see that movie because they look nothing like what the actual movie will probably look like. These ads are what happens when a studio knows it’s going to make $3 billion. They’re the ads of a studio that doesn’t mind taking a risk … BECAUSE THERE IS NO RISK TO TAKE. They could put toenail clippings on these posters and still rake it in.

Still, the best of these posters have Jennifer Lawrence and Josh Hutcherson standing in silky, satiny promness. They look waxed. They look drafted into some kind of science-fiction coronation camp. They look hot. There’s a nod both to fascist propaganda and maybe Sky Captain and the World of Tomorrow. The real nod here, though, is toward sex. I don’t remember the books, but that’s where they’re looking, right? Toward where the fire catches, toward the bed? Opens November 22.

Q&A: Charles Bissell of the Wrens on the Chinese Democracy of Indie Rock Albums