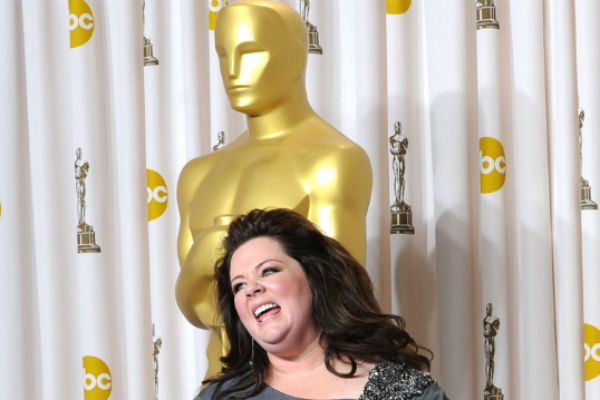 As her hit comedy Identity Thief continues to hold strong as the no. 1 movie of the year so far, and with The Heat, her buddy-cop movie with Sandra Bullock, poised to make her doubly powerful at the box office when it hits this summer, Melissa McCarthy is basically owning Hollywood in 2013. And she’s showing no signs of stopping. Success begets success, after all, and it looks like she just nabbed her next big role: in St. Vincent de Van Nuys, opposite Bill Murray.

St. Vincent is a hotly anticipated project from writer/director Ted Melfi, produced by the Weinstein Company. The script made the celebrated Black List of Hollywood’s top unproduced screenplays, and apparently McCarthy nabbed the role that “all the top comic actresses” were after.

Murray plays the title character, a cantankerous train wreck of a neighbor who takes under his corrupt wing the 12-year-old son of a struggling single mother who has moved in next door. McCarthy is the choice to play the single mother and she campaigned hard for this. The project, based on Melfi’s Black List script, has been compared to As Good As It Gets or even TWC’s recent Silver Linings Playbook for the way it mixes comedy and human pathos.

The common thread when movies like As Good As It Gets and Silver Linings Playbook get referenced is that both of those movies nabbed Best Actress Oscars for their female leads. McCarthy’s already been ushered into the Academy’s club with a nomination for Bridesmaids in 2011. This shift from broad comedy to something in the dramady vein could be a huge draw for Oscar voters. Not to get wildly ahead of ourselves or anything, but What do you think Melissa’s first project after she wins the Oscar will be???

Hollywood Prospectus Podcast: Girls, The Americans, and The Walking Dead