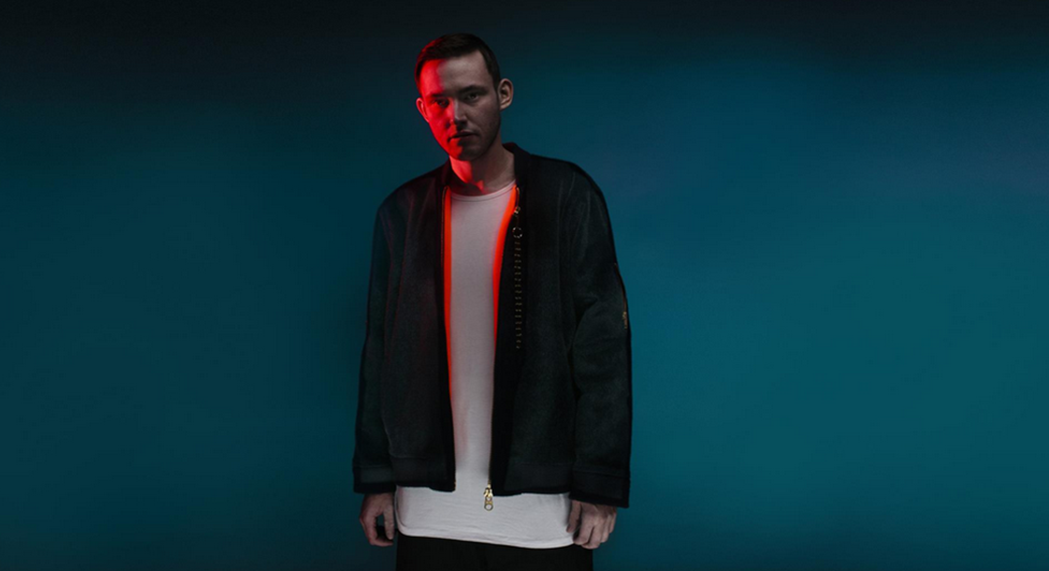 Just north of New York City, in the verdant Hudson and Mohawk Valleys, the historical wilderness of the American Northeast has not yet been conquered. It’s a calming place, its riverbanks dotted with quaint hamlets and a general sense of communal well-being. It’s here that the Hudson-Mohawk Bird Club makes its home.

At 29 years old, Scotland national Ross Birchard has become an increasingly central figure in your pop music. As one half of TNGHT, he helped godfather the “trap” EDM — a thrillingly, stupidly thundering sound — that’s come to dominate the genre. As a producer on Yeezus, he helped Kanye’s rebirth in dazzlingly avant lights. And in his solo iteration as Hudson Mohawke — HudMo, to his fans and loved ones — he’s been an inspiringly restless figure in electronic music, never content to let his last success define his next one.

That Birchard would find inspiration from a rustic birding community for a stage name is, first off, adorable. It also makes a strange kind of sense. Taken out of context (and with an “e” slapped on for further discombobulation), “Hudson Mohawke” loses its folksy roots and becomes something menacing. There’s a similar process at work in Birchard.

On a recent spring morning in downtown Manhattan, sporting expensively nerdy glasses and a novelty Simpsons/Seinfeld tee,1 HudMo displays a disarming demeanor. He’s almost preciously soft-spoken; his Glaswegian accent tumbles out slowly, or barely at all. He orders mint tea.

But his tracks are massive. If you let them in, they’ll rip your heart right out of your chest.

On June 16, Birchard will drop Lantern, his first solo album in six years, and his first since becoming a proper electro star. It’s an often gorgeous record, one that expands and contracts and digresses as it wishes. The slinky R&B vocals of Jhené Aiko and Miguel are lifted; the cosmic depression of Antony takes full flight. On “Ryderz,” with a sample of ’70s soul man D.J. Rogers, he gives us his version of golden era Dipset production, and it is woozily perfect. Here’s hoping Cam’ron talks slick on a remix.

Given his track record, what’s notable isn’t that Birchard made a great solo album. What’s notable is that he made a solo album at all. To hear him tell it, the success of TNGHT’s2 self-titled 2012 EP — for which he partnered with Montreal DJ Lunice — was threatening to swallow up his professional life.

“We made the record very quickly,” he says. In four days, to be exact. “It wasn’t even for release. We were just fucking around. But we found ourselves in a position where major labels out here were essentially being like, ‘Here’s a check.’”

That little EP — five tracks, clocking in at 15 minutes and 49 seconds — took TNGHT further than it ever imagined. At live shows, TNGHT’s blistering sound felt life-changing. Very quickly, the duo became internationally in-demand festival headliners, with the requisite compensation that entails. And its music found its way beyond the shows, too.

When Kanye made Yeezus, he redefined what a mainstream artist in the throes of his imperial phase could pull off. And via Birchard’s work on the album, the DNA of Yeezus is run through with the jagged jams of TNGHT.

At the time, Birchard explains, it felt fresh to be embraced both by commercial EDM and “the most deepest underground DJs.” But “that was before that silly EDM trap that’s fookin’ everywhere. It was before that was a thing.”

With a full-length and a looming big check, there were certain expectations for TNGHT’s next project. It would have meant, Birchard theorizes, being thrown in a room with the hottest rappers of the moment — not because there was something interesting about them, necessarily, but because they were on that week.

“It would have had to be a rap record,” he says. “It would have been expected from whatever label we’d have signed to.” As welcome as his work has been, the genre has never been able to hold his attention, full stop. Simply enough, he says: “I don’t wanna make a rap record.”

Were you getting notes from the labels? I ask. In those ‘Here’s a check’ meetings, were they already trying to push you down a particular path?

“Well,” he answers dryly, “I imagine they’d be looking for big singles?”

The bookers were thirsty for more dates. The record labels saw smash hits. But HudMo and Lunice decided to walk away. At the end of 2013, at the height of its popularity, TNGHT announced a hiatus with an odd, choppy YouTube video.

“It was so much fun doing that project, but it was purely about dance floor,” Birchard says. “It wasn’t about our wider musical sensibilities. You can take the short-term major success, or you can [continue to] pursue your solo material. Both myself and Lunice had been doing that for the [better] part of the last decade.”

A few days after our morning sit-down, Birchard played his first solo show for Lantern. Not a DJ gig, but a proper show, with live backing from Two Door Cinema Club drummer Ben Thompson and keyboards from the producer Redinho. The venue was the 1,000-person-capacity Irving Plaza. The last time TNGHT played New York, it was at the 5,000-person-capacity Central Park SummerStage. The last show TNGHT played at all was a headlining slot at Australia’s Listen Out festival, with an attendance of over 9,000.

But the unknown was thrilling. In a few hours, Birchard was scheduled to examine the lighting for the show. The next day, they’d pick up rehearsals again. Rehearsals for a DJ? This was wonderfully uncharted territory.

While working on the Yeezus sessions, Birchard got to operate alongside Rick Rubin. At this point, several generations of music geeks have sat at the feet of the bearded mystic and gleaned some oblique knowledge; Birchard was no exception. “He won’t touch any equipment,” Birchard says, with awed respect. “He’ll just be [sitting] there. With his eyes closed.”

With Lantern, Birchard did his best to let go of his regular focus on what was appearing on his screen — to not just right-click and drag until the parts made sense on the monitor. While watching Rubin strip the Yeezus material down to the elemental product we’d eventually hear, Birchard also took note.

With his first record, 2009’s Butter, he felt he confused listeners. “Ten million things happening at the same time. What the fuck is this?” It’s the mind-set of many aspiring, obsessive beatmakers: Stay up all night hunched over the computer, turn your eyes away just long enough to hit the bowl again, tweak and tweak and tweak. This time, he stripped.

“That’s essentially what I learned from Rick. Do you really need this part? If it’s not essential, get rid of it.”

That applies to personnel, too. According to Birchard, within Rubin’s sprawling Malibu estate is a tiny little studio: “He’s made an intentional point of making the room actually quite small.” That way, only the essential stay. Everyone else can wait by the horse stables and aromatic spa treatment center.3

Earlier this year, Birchard worked with Kanye again, on the sessions for “All Day.” In the past, that would have meant dropping everything and jetting off to wherever ’Ye and the team were stationed. This time around, though, they happened to be in London. And so Birchard simply invited them to his studio in town.

“I’ve been working with him for a relatively short period of time,” Birchard says. “It’s only been three years. But within that time, the amount of people I’ve seen come and go or just drop off [his] radar — you never see them again!” Kanye has long maintained a curated bubble of consultant talent around him. Some come, some go. Birchard’s still around. “It took me a couple of years to get into a position where I can be like, ‘Why don’t you come and work in my studio?’ It feels good.” 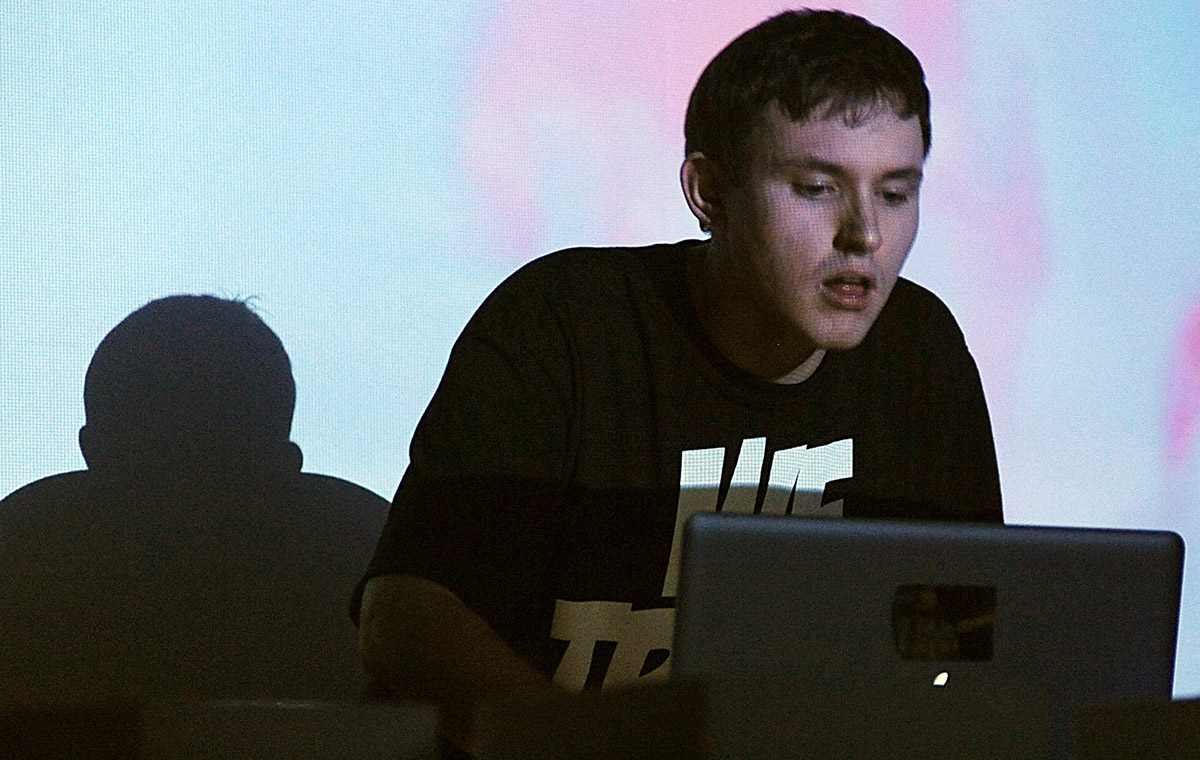 Birchard started out as a turntablist. As young as 10, he was developing his tricks and going up against grown DJs in competitions; he had slipmats customized with a photo of his face. His father, a professional stage actor, bought him his first proper set of turntables. He also took young Ross to the barbershop to get a haircut — like some far-flung, techno-head Anthony Mason — with the logo of the infamous Scottish rave Rezerection.

“My dad was like, ‘Sounds like a great idea, son!’” Birchard recalls, laughing. Then his mother, a teacher, got a look at the results. “She [said], ‘You’re gonna go to school with a giant “Z” in the back of your head? Fookin’ hell.’”

Ms. Birchard had nonaesthetic reasons to be upset: Rezerection was a product of the first flush of rave culture, with all the rampant MDMA usage that connotes. Eventually, it was shut down for its excesses. But it had already made its impact on Birchard. “When I was very into those events, I wasn’t necessarily aware of the context,” he says. “The fact that there were, like, people dying at these events. I was just a 10-, 11-year-old kid, [thinking] I fookin’ love this music.”

“From a very young age, I didn’t really have too many interests,” he says. Just the one, really.

The two major metropolises of Scotland, Glasgow and Edinburgh, are both proudly fertile music towns. Traditionally, Edinburgh is the hip-hop city and Birchard’s native Glasgow is the home of techno. But Birchard loved it all, from the East Coast hip-hop of Big L to the happy hardcore of Gammer and Darren Styles.4 Along with DJ and producer Rustie, a fellow Glaswegian, Birchard figured out a way to slam it together. “A lot of the first records we did were rap or R&B a cappellas that we just ripped off LimeWire or some shit, and then laid over these fucked-up electronic instrumentals.”

His day job was at the Sub Club, Glasgow’s bastion of house and techno, where he’d do coat check and other odd tasks. The club’s sound system is a monster, famous throughout the international dance scene; speakers are mounted underneath the floor so you can feel the bass rattle through your lower body.

Birchard would get to see legendary touring DJs while on the clock. And when no one was there yet, he’d get to hear his own stuff. Under the guise of checking the levels or some other bit of minutiae, he’d go into the sound booth and put on his own rough demos; he’d blast them through the system to see how they held up. A track he’d whipped up in FruityLoops a few hours earlier would get its debut in the empty vessel of one of the best clubs in the U.K.

So he moved away from the gimmickry of turntabling and began plotting another trajectory — the one that would eventually take him around the world’s stages and into studios with Kanye. He wanted to make songs, not beats.

On the night of the Irving Plaza show, HudMo played to a packed, fawning crowd. Maybe they’d come for the mania of TNGHT or his past solo gigs. But they stuck around long enough to engage and embrace his latest iteration. “I love doing the DJ shows, but I can’t do them forever,” Birchard had said that morning in Manhattan. “I don’t wanna get stuck in that circuit. Play here, play here, play here — the same venues every year. I want something that’s the next step. I’m excited to see how it works out.” Another big smile. “It could go terribly wrong.”

Should You See It? A Curious Consumer’s Decision-Making Guide to the ‘Entourage’ Movie