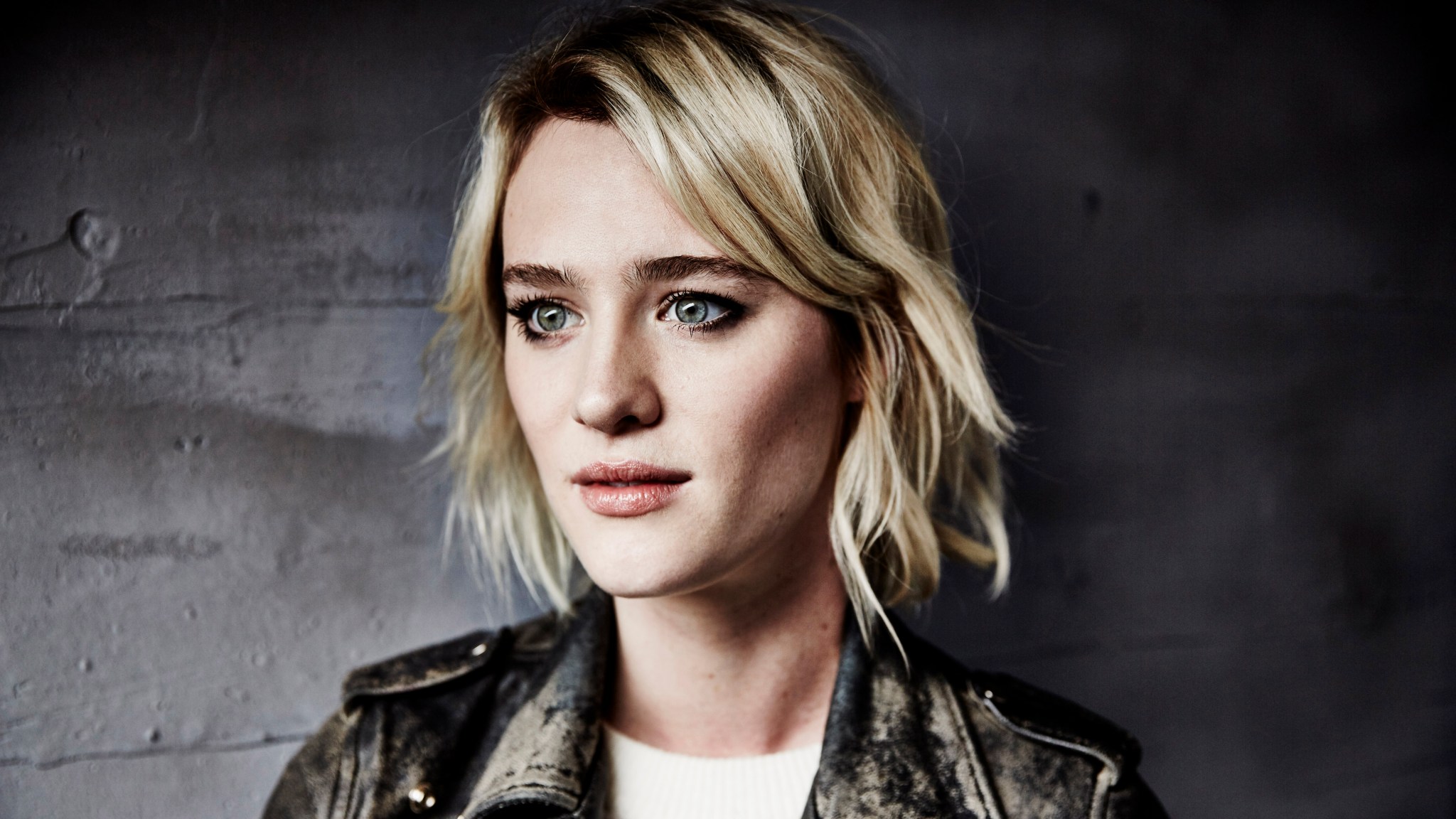 For as long as people have been building computers, they have been trying to teach them to sing. To depict the personal computer revolution of the early ’80s, the soundtrack and score for AMC’s Halt and Catch Fire pulls from a parallel technological revolution: the simultaneous rise of electronic instruments in popular music. Neatly enough, the second season of Halt also looks to explore the chasm between the notion of mechanic perfection in a vacuum and the fallibility of earthly machines on the plane of reality, including (especially) the human brain.

The personal computer revolution (and accompanying personal instrumentation revolution) was more than practical; it was also political. Here were tools that offered more complete independence than ever before, providing opportunities for new sorts of isolation that haunt our ghost-walking smartphone age, but also for new levels of connection. Music, like all culture of the ’80s, explored dystopian and utopian possibilities alike.

Drum machines and synthesizer keyboards swiftly invaded every genre, birthing dance music but also adding new textural possibilities to preexisting genres. In the decades leading up to the ’80s, electronic sounds had made the occasional star appearance in pop music: the Electro-Theremin on “Good Vibrations” by the Beach Boys, the clavioline on Del Shannon’s “Runaway,” or Paul McCartney playing a Mellotron on “Strawberry Fields Forever.” Analog synthesizers like the Moog broke out in the late 1960s with Wendy Carlos’s seminal synth-classical “Switched-On Bach.” While many electronic instruments were viewed (at least initially) as novelties, they became increasingly entrenched in musical culture both high and low during the 1970s. With experimental new forms of music came experimental new instruments — Jamaican dub, New Age music, and German Krautrock employed electronic components as core elements. Electronic instruments also became integral in ’70s iterations of avant-garde soul and prog rock.

As with computers, machines that had once been prohibitively expensive and large were becoming progressively smaller and affordable to a new market dubbed “prosumers.”1 Products that once took up a whole studio could now be placed in the home, and at the same time, recording technology made home studios plausible. Drum machines and synthesizers provided not only a new range of sounds but a new mode of convenience — a palette for artists who wanted to program everything themselves. While they were status items, they were also democratizing, providing artists the ability to be self-contained production studios. Early digital synths like the Synclavier were followed by consumer products. Yamaha released the landmark GS1 digital synthesizer in 1980 for $16,000, but it was the third-generation DX7 and DX9 models2 that would penetrate the home market and make digital synthesizer keyboards de rigueur as an ’80s status object among musicians and amateurs alike.

In 1980, the Linn LM-1 and the Roland TR-808 made programmable drum machines readily available and affordable to consumers. Drum machines and synths became a bedrock of mainstream ’80s music, and digital sounds that had once been outré became conventional. But even within the category of drum machines, there was variety. There was a stylistic split between the LM-1, which digitally sampled recordings of real drums, and the cheaper 808, which didn’t sound like a “real” drum per se but had its own unique sound. The LM-1 sounds soft and wet, which appropriately enough made Prince one of its most influential early adopters. It provides the computerized drums heard on 1999, Purple Rain, and Sign ‘O’ the Times, reflecting the organic yet hyper-disciplined sound on those albums. It also appears on Prince’s productions for other artists, the flicked-tongue beat anchoring Vanity 6’s “Nasty Girl” and Sheila E.’s “The Glamorous Life.” The LM-1 is the sound of the Blade Runner soundtrack by Vangelis, Neil Young’s electronic album Trans, John Mellencamp’s “Jack and Diane,” and Michael Jackson’s “Thriller.”

By comparison, the 808 sound is an artificial bump. It sounds like drums programmed by an alien who has only heard the idea of drums described in words. Much more affordable than the LM-1, the 808 introduced the mass market to the idea of drum machines as a real tool and became the signature instrument of dance music and its then-young offshoot, hip-hop. The tinny kick of the 808 can be heard on the Beastie Boys’ Licensed to Ill, Charanjit Singh’s 1982 disco-classical Synthesizing: Ten Ragas to a Disco Beat, and Afrika Bambaataa’s “Planet Rock.” 808s in electronic music have been likened to guitars in rock — a foundational element.

Nobody at the time expected that the LM-1 or the 808 would replace actual drums forever, but neither did anyone predict that the artificial drum sound would become the sound. The shift was subtle and slow but also immediate and extreme; there were rockist freak-outs about the implications of the drum machine.3 The 808 heralded the arrival of rap, which would come to overtake rock music as the premier avant-garde popular art form. But those who thought beyond dichotomies could handle both: drum machines and live drums, synthetic guitar sounds and real guitars. It was a reflection of larger ’80s contradictions — between Reagan’s “Morning in America” and the crumbling infrastructures of most major U.S. cities; between chaotic order and ordered chaos. The conversation between live instrumentation and the machines made things interesting. Those searing-hot and purple Prince guitar solos could never shred quite so hard without that pristine forest of synths and mossy drums surrounding them.

Halt and Catch Fire’s score is provided by Paul Haslinger, a mid-’80s member of Tangerine Dream. Like many seminal ’80s soundtracks, the score for Halt uses electronic sounds to create an atmosphere of paranoia, the clean minimalism of synths clashing with the messy dust of real life. The soundtrack choices for Halt straddle the complications of the decade: Joe MacMillan, the recovering yuppie played by Lee Pace, is affiliated with the clean, obsessive, sometimes sinister synth- and drum-machine-heavy sound of artists like Gary Numan, Kraftwerk, and Eurythmics. The show’s soundtrack deals with the spectrum of organic sound, locating the practiced faux-spontaneity existent in punk and the natural fault lines and cracks in the glassy sound of chic synth pop. The characters occupy the junctures between genres. Each one is an ’80s type but also an implosion of that type: Gordon the Neuromancer-reading tech-geek, Cameron the alien punk, Joe the recovering yuppie, and Donna the ’80s power businesswoman. Within each type and its accompanying genre of music, there is the echo of the ongoing conversation.

As drum machines and synths became “the ’80s sound,” there was pushback from those who believed in the superiority of a messier quality possible only through live instruments. This would lead to the idea of “rockism,” the concept of a mainstream rock critic agenda that pins impossible concepts like “authenticity” and “realness” to live instruments, and privileges their specific sound over all others. Many artists embraced the possibilities of both paths, combining live instrumentation with the mechanized to make entirely new styles of expression. Whatever the choice, the discussion was there in the margins. You see this conversation continue in music discussion today among the critics and defenders of “poptimism,” among the indie-rockers who sold their guitars for turntables and traded in their drum sets for 808s. You can hear it in Taylor Swift’s 1989, which saw the onetime country sweetheart embracing late-’80s-style synth textures and programmed drum pads, and in Kanye West’s recent songs with Paul McCartney in which the 808s & Heartbreak artist entirely eschewed drums — live, programmed, or otherwise. Even in the absence of 808s, popular music is always in conversation with the shift in sound that swept the ’80s.

By the end of the ’80s, the idea of digital instrumentation had become associated with an “expensive” sound, one of private jets, champagne, and reams of major-label money thrown at an artist to spend months in an isolated Howard Hughes studio chamber in search of a perfect sound, one that could be created only with computers. But it was the “cheap” accessible sound of the 808 that would ultimately endure beyond the ’80s. In the ensuing decades, the differences between live artists and studio artists have only further collapsed. Drum machines began on the fringes as a convenient DIY solution for those lacking studio drums. Even as the dominant sound in pop music today, there is still something a little weird and imperfect about those original 808 sounds, just like there is something beautifully retro about the once top-of-the-line LM-1 sampled sounds. The best ’80s synth-pop embodies those contradictions within itself — the impossibility of lining everything neatly with the perfect taskmaster that is the drum machine, the slips and gaps between perfected idealized intention and fleshapoid fallibility.

‘... And Podcast for All’: A Podcast About Metallica