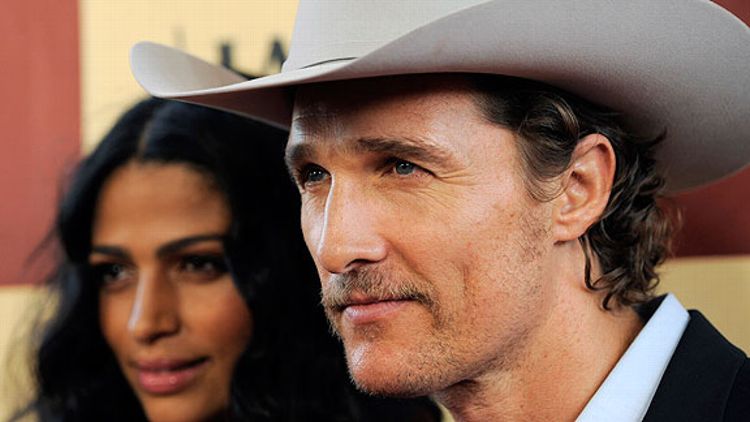 Matthew McConaughey has joined the cast of Magic Mike, Steven Soderbergh’s stripper drama that also stars, and is partially based on the pre-fame life of, Channing Tatum. McConaughey will play Dallas, a former stripper who owns a club called Xquisite and mentors Tatum’s character in exotic dancing. A former stripper? Could Soderbergh possibly have the guts to make a stripping movie in which McConaughey keeps his shirt on the entire time? Grade: A [Variety]

Brad Pitt’s Plan B productions will adapt Twelve Years a Slave — the 1853 autobiography by Solomon Northup, a free black man who was kidnapped and enslaved before fighting his way to freedom through the legal system — with Steve McQueen directing and Chiwetel Ejiofor starring. Grade: B+ [HR]

Viola Davis is in talks for a half-hour HBO show (being developed by Dee Rees, who had a Sundance hit with Pariah this year, and veteran TV writer Margaret Nagle) about the corruption of a city as seen through the eyes of an ambitious prep-school headmaster who has her eyes on bigger things. Grade: B+ [Variety]

The Help director Tate Taylor is being targeted for the adaptation of Leif Enger’s 2002 novel Peace Like a River, which is narrated by an 11-year-old asthmatic, takes place in 1962 Minnesota, and features home invasions and jail breakouts. Grade: B [HR]

Rob Corddry’s niche comedy hit Children’s Hospital has been renewed for a fourth season of fourteen episodes which will air on Adult Swim in 2012. This is good news for fans of sharp Grey’s Anatomy parodies, and bad news for anyone still traumatized by Children’s Hospital insanely creepy clown-face subway ads. Grade: A- [HR]

Adam Scott will star in the indie A.C.O.D., aka “Adult Children of Divorce,” as the reluctantly responsible member of his fragmented family that reunites after Scott’s character’s younger brother announces he’s getting married. Grade: A [Deadline]

Dakota Fanning will take on the title role in Effie, the 1850s London-set drama written by Emma Thompson about the screwed-up love triangle between art critic John Ruskin, his wife Euphemia Gray, and Ruskin’s protégé, painter John Everett Millais. Will this help Dakota regain the upper hand in her deathless feud with younger sister Elle? Time will tell. Grade: B [Deadline]

YouTube Hall of Fame: Guitar Lessons, Mutton Busting, and a Guy Who Saw Lincoln Get Shot