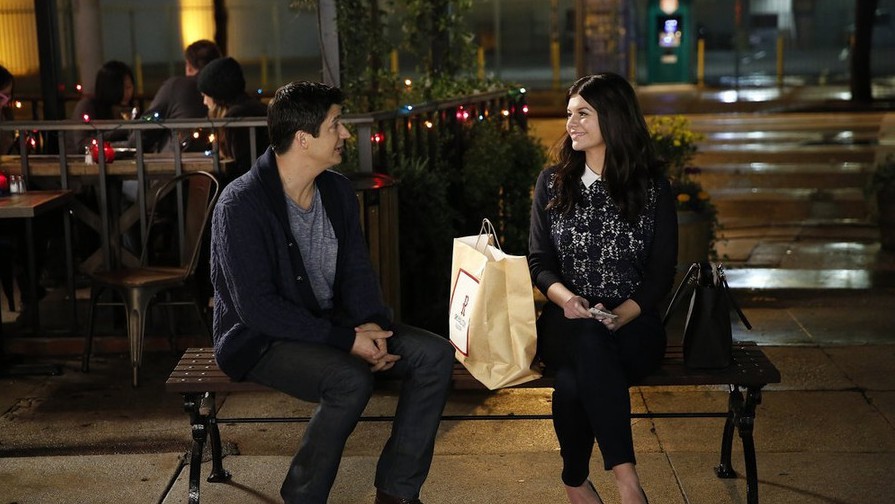 Last May, after three sparkling seasons, ABC canceled Happy Endings. And upon hearing the news, a nation — like, a fairly small one; like, Burundi — wept. Happy Endings was a rare thing: a post-Friends ensemble network comedy that provided the comfort food its genre would indicate while still being harsh and crazy enough to feel real. It was fast and clever without being (too) smug; it never curdled and fell into mean “zingers.” It was in the broad-appeal sweet spot! And the degree of difficulty in pulling off something like that should be recognized as being on par with that of the hardened-heart cable dramas we admire so much.

The problem, of course, was that for a broad-appeal show, it never appealed all that broadly. With ratings soft, ABC had to pull the plug on what was a vocally and critically adored program. You could make a case that Happy Endings could have bored down on its more rascally instincts and eventually found a niche audience somewhere more obscure on the cable dial. (Check out FX’s brilliant You’re the Worst, which works through the same basic friends-and-fuck-buddies stuff as HE but goes more than a few ticks over into spirited anhedonia; it’s getting rave reviews and a second season.) But the truth is, Happy Endings didn’t want to be niche. At its heart, there was a mass-market paperback looking to be loved.

Which brings us to Marry Me, the new show from Happy Endings creator David Caspe. If we acknowledge young Caspe as a happy populist, then here’s the question: Is his new show providing the same sweet-spot delights as his old one?

Well — it’s aired only one episode, and so it’s dangerous to make assumptions. As Andy Greenwald wrote in his fall preview, “my positive feelings for Marry Me, a premise pilot if ever there was one, stem more from the show’s bones than its public face. The story it tells in its first half hour is both too cute by half and too limiting to maintain for long: After returning from a romantic vacation in Mexico, six-year-old couple Annie (Casey Wilson) and Jake (Ken Marino) proceed to epically botch a series of marriage proposals to each other … [it’s] confusing: How long can people continue to spit-take the biggest decisions of their lives?” And then again: “Let Annie and Jake worry about the honeymoon. The real work starts once week-to-week life begins.”

The point is simple: After the hooky pilot is dispatched with, the show will settle into being a weekly hang with this particular batch of characters, which include Annie’s dads (Tim Meadows and Dan Bucatinsky) and Jake’s best friend Gil (played by John Gemberling, a.k.a. Bevers from Broad City!). And it’s not hard to imagine wanting to hang with these dudes week in and week out.

Casey Wilson’s the front woman, and handles the role with aplomb. I guess you could say her hyper style is an acquired taste, but it’s one that I’ve acquired. She’s kind of a human centrifuge, revving herself up at an exponential rate until you’re not quite sure what the hell it is she’s saying. In the first scene, as she bashes loved ones while they hide and wait to congratulate her on her engagement, it’s a skill put to great use. And it reminds you of why Lorne Michaels hired her on SNL, even if that didn’t ultimately work out.

Ken Marino is a Plasticine all-star, his (almost creepily!) unaged face put to use however the puppet masters see fit. (On Eastbound & Down’s perfect last season, he was both a swaggering big shot and a cowed little man in the course of just a few episodes.) Here, he seems like the relatively more sane half of the relationship, although it definitely feels like that balance could just keep on shifting forever, and that seems to bode well going forward. By the end of the pilot, he is freshly unemployed. Hopefully that means we get to see Maniac Marino?

Tim Meadows getting more work is always a good thing, although there’s an unsettling moment when Meadows and Bucatinsky are bickering and Bucatinksy uses the phrase “let’s call a spade a spade,” to Meadows’s great chagrin. It felt glaringly off.  Why do TV shows so often feel like they need to acknowledge the ethnicity of a black character within 15 seconds of introducing said black character?

Gemberling, as Gil, won me over quickly. At first, seeing the requisite tubby, bearded best friend thing again was grating. But I was in the bag by the end of this bit:

Overall, the joke rate was impressively Happy Endings–paced, which means you don’t dwell too long on the clunkers (those gags about rompers? This is a relevant point of derision?) before a good one comes around. (“I need your explosions … you challenge me. You’re like my little exploding challenger. Oh, that’s not a good turn of phrase. RIP to the whole crew up there.”) By the way, shout-out to Rob Huebel, coming in as the yoga instructor who finds a way to compliment a terrible-at-yoga Annie (“I’m loving the sweat pants, Annie, way to not give in to trends”) and straight stealing scenes out of an episode of network comedy for the millionth time in his career (he showed up on The Mindy Project last night too). Can my man Rob Huebel get his own thing now, please?

IN CONCLUSION: Check out Marry Me. I laughed at least seven times. In the reluctantly misappropriated words of the dearly departed Penny Hartz, amahzing.”

Do You Like Prince Movies? Podcast: ‘Whiplash,’ Taylor Swift’s New Song, and ‘Nashville’