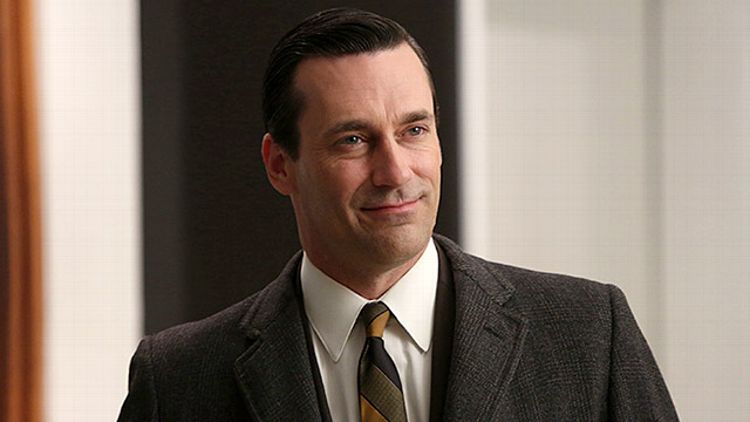 “But if the man sloughs off his tiredness, and lives his fate through, he can then be called a man of knowledge, if only for the brief moment when he succeeds in fighting off his last, invincible enemy. That moment of clarity, power, and knowledge is enough.”
—Carlos Castaneda, The Teachings of Don Juan: A Yaqui Way of Knowledge, 1968

The career path from young firebrand to establishment stiff to experience-hewn legend feels logical in retrospect, but that outcome is always far from foregone. There are so many ways in which to fail; maintaining forward momentum seems as miraculously lucky as the daily evasion of random death. While advancing upward, it’s also hard not to notice all the corpses scattering the lower floors. The spirit of Paul Kinsey appears in two ghostly forms like identical twins; as a pipe-smoking poseur and a Hare Krishna with a tiny ponytail. The pair morph together into a hookah-smoking caterpillar who beckons you to Los Angeles, a magical Cockaigne where the love is free and so are the drugs. Just like Dick Whitman’s hardscrabble rise to glory, Mad Men‘s ascent was hardly predictable, although it now seems fated. Mad Men‘s first season premiered during the summer on AMC, a network that was more of a Mohawk Airlines than a Delta at the time. HBO had turned it down, despite creator Matthew Weiner having written on some of the best later-season episodes of The Sopranos. It had a large budget (period detail is expensive) and no recognizable name stars. In a sixth-season episode of The Sopranos, Dr. Melfi’s shrink Dr. Kupferberg (played by Peter Bogdanovich) smugly tells her about recent research demonstrating that sociopaths not only don’t benefit from talk therapy, it may actually help them to become better sociopaths. Is witnessing Don Draper’s childhood sob story up close supposed to put us in a better place to empathize with Don? I imagine that Don’s shitty stepmom being cold and unloving is the reason Don can’t seem to really love anyone properly. But I also figured she had some terrible trauma in her life that made her turn into the monster Dick Whitman met. On the phone with Don, Sally slides into a perfect imitation of her mother. Don sees that he has put the wheels in motion for Sally to be as miserable as he is, and he decides to do something about it before it’s entirely too late. Sure, he can’t take back the image of him thrusting sweatily toward Valhalla in an adulterous bed. That’s imprinted on her brain forever now (sorry, Don). But it’s not like Sally cares whether Don and Megan stay together, and she doesn’t seem to harbor any Parent Trap fantasies about a Draper family reunion, since her mother is with the beloved Henry Francis. Sally might come from a broken home, but she doesn’t have to be a broken person because of it. The Whitman cycle can be stopped. Don mishandled the Sylvia Rosen incident by treating Sally like a child, but there’s still time to correct his mistake. He can own up to his crap and start treating her like the budding adult she really is. He can learn from the way his previous relationships with family members and women not named Anna Draper all crashed and burned, and mindfully go about preventing his bond with his daughter from disintegrating. He hopes it’ll keep her from imploding. If we still root for Don, it’s because we are always rooting for Sally. That Bob Benson is a real jokester, putting Pete in that Chevy knowing he can’t drive and possibly enabling that grifter Manolo to kill Pete’s mom. For every question answered in the Bob Benson saga, several new ones are raised. Did Bob think Pete’s mom was standing in the way of Pete realizing his true romantic feelings for Bob Benson? Are we supposed to take Matthew Weiner’s assertion that Bob might not be gay but is definitely in love with Pete at face value? If Bob is not gay, does that mean he might be bisexual (sort of like being bicoastal) and is actually sticking it to Joanie? Is Bob’s backstory that he is visiting from a telenovela? Don doesn’t understand Stan at all if he thinks telling him L.A. is rough and undomesticated is going to make him not want to go there. As the most laid-back, stoniest, fringed-leather-jacket-wearing member of the SC&P creative crew, Stan has likely been doodling his West Coast fantasies in the margins for a while. Don has always had a soft spot for Los Angeles, but you’d think that his recent disastrous trip would have acted as a wake-up call. Being a tourist bears little resemblance to actually living in a place. You can’t always be on vacation, and even vacation gets old pretty fast, leaving one yearning for the comforting structure of home. Don longs for the future he foresaw with Megan in the bubble of Disneyland very early on in their relationship. But in relationships, like at Disneyland, eventually shit must get real. After a certain point one can take no more fun, no more enforced cheer, no more objects shaped like a Mickey Mouse head. Fireworks are most dazzling in tandem with their absence. Nonstop fireworks every single day would not only become dull, it would be exhausting. Don almost always makes the least responsible choice he can. Don has had moments of clarity before, but he generally ends up face-down somewhere again anyway, be it in a pool, on a bed, or in a prison drunk tank. During the decades he spent constructing his dream self and fantasy reality, he’s become addicted to escape. Don sometimes only gets into situations to see if he can later get himself out of them. Delivering on Dr. Faye’s premonition, it does seem like Don only likes the beginnings of things. He likes the start of relationships and freaks out when the honeymoon period ends. Likewise, he is fine undertaking the first steps toward recovery. It’s the mundanity of continuing the process he has trouble with. Peggy’s “Well, aren’t you lucky to have decisions!” reminded me of the famous baseball heckle aimed at umpires — “Good thing there aren’t three choices!” It was her biting response to Ted Chaough’s cowardly admission that no, he and Peggy would not be spending Christmas in Hawaii together this year or any other year. Having the last word may be temporarily satisfying, but Peggy knows that Nan Chaough had the true last word with that “bitch please” look, which told Peggy everything she needed to know. It might be a complicated emotional issue, but Ted still gets to choose between Nan and Peggy. All Nan and Peggy get to choose is how they feel about whether they get chosen or not. Peggy chooses to feel pissed, and rightfully so. Ted led her on all season with promises of future happiness, and then couldn’t help but sample the merchandise before deciding to put it back on the shelf. He had plenty of chances to pull back and do the right thing, and he squandered them on flirtatious glances and movie dates. His condescending tone alerting Peggy that she’d thank him later for not ruining her life was just as bad as any of Don’s rants at her. The worst part is that Ted is probably right. There are plenty of Ted Chaoughs in the sea, and Peggy needs to find one of her own. We were hoping she’d run off with Stan and start a new agency of their own in California, but she’ll have to settle for Don’s desk. Peggy keeps finding herself attracted to men who won’t go to bat for her, who make her their second choice while assuring her she deserves to be someone’s first; who break down her defenses and then beg her to put them back up. Peggy is such a boss at work, it makes no sense that she should have to settle for being some married dude’s side chick. It’s an ugly paradox. She can climb however high she wants in her career, but she’ll never be able to be like Don, Roger, or even Pete. They feel the burden of too many choices, without considering the frustration that comes from having too few. Roger and Pete were born rich, inheriting options that most people never have, but all it did was make them spoiled. They’re angry whenever they don’t get something they feel belongs to them, and they think just wanting something means it is theirs. If Roger wants to be part of Joan’s family, he’s going to have to do it on her terms. Bob Benson may not be Roger’s pick for a helpmate for Joan, but Rog sure blew the opportunity to fill that role a number of times, so he doesn’t get to choose who does. According to Matt Weiner, Joan got the Avon account and that’s why she’s at the final partners meeting where they run the intervention. It would have been nice to see Joan have her victory, but it’s just a relief to know that she didn’t screw up her first big real score. It’s coming up on 1969 next year, and as of right now none of the principal characters have the cookie-cutter perfect lives they dreamed they would have as kids, although those lives that seemed so perfect to outside observers were miserable anyway. That’s why Pete laughs off Bob’s hero worship. He can’t imagine anyone honestly thinking he has an enviable life, although he does. Given his behavior, Don’s punishment didn’t seem all that harsh. He was fired, but not really. Megan never found out about Sylvia Rosen, and the anticipated twist that Megan might have a boy on the side never came to fruition. Dude got off pretty easy. Don’s pitch to Hershey’s, which came with a fun twist, demonstrated that everything Don knows about so-called normalcy he probably nicked off of advertisements in the first place. After the nonstop darkness of Season 6, which some viewers found oppressively sad but others found merely breathtaking, it seemed unlikely that Don Draper could still find salvation. Don’s delirium tremens didn’t lead into a heart attack or even the barfing attack that seems so popular on Mad Men, but to a different sort of purge. Don finally came clean, but he picked the wrong place to do it. The SC&P conference room is not a confession booth, although you could easily mistake it for one given how many Hail Marys go on. You’re never too young to get set in your ways, but you’re never too old to change. Sally’s whole worldview is in flux, but it’s just the first in an endless series of tectonic shifts on the way to becoming a genuine adult, as if that’s even a real thing. Nobody ever fully masters living, because its conditions keep evolving until the abrupt end. Pete Campbell will do just great in Los Angeles. Long before Bob Benson burst onto the scene, Pete Campbell was the office king of short shorts. All he has to do first is practice driving. Despite all those predictions that something really terrible was going to happen to close out the season, things went kinda OK. I mean, sure, Pete’s mom may have been pushed overboard on the S.S. Sunset Princess, but they never found the body. Maybe she’s living on a desert island with a millionaire, a professor, a movie star, the girl next door, Gilligan, and the skipper too. We were left with a grace note instead, as unexpected and tender as the last song on Yeezus. You can hide out in dark bars and dingy bedrooms for months or years and still emerge back out into the world. I’m beginning to see the light.