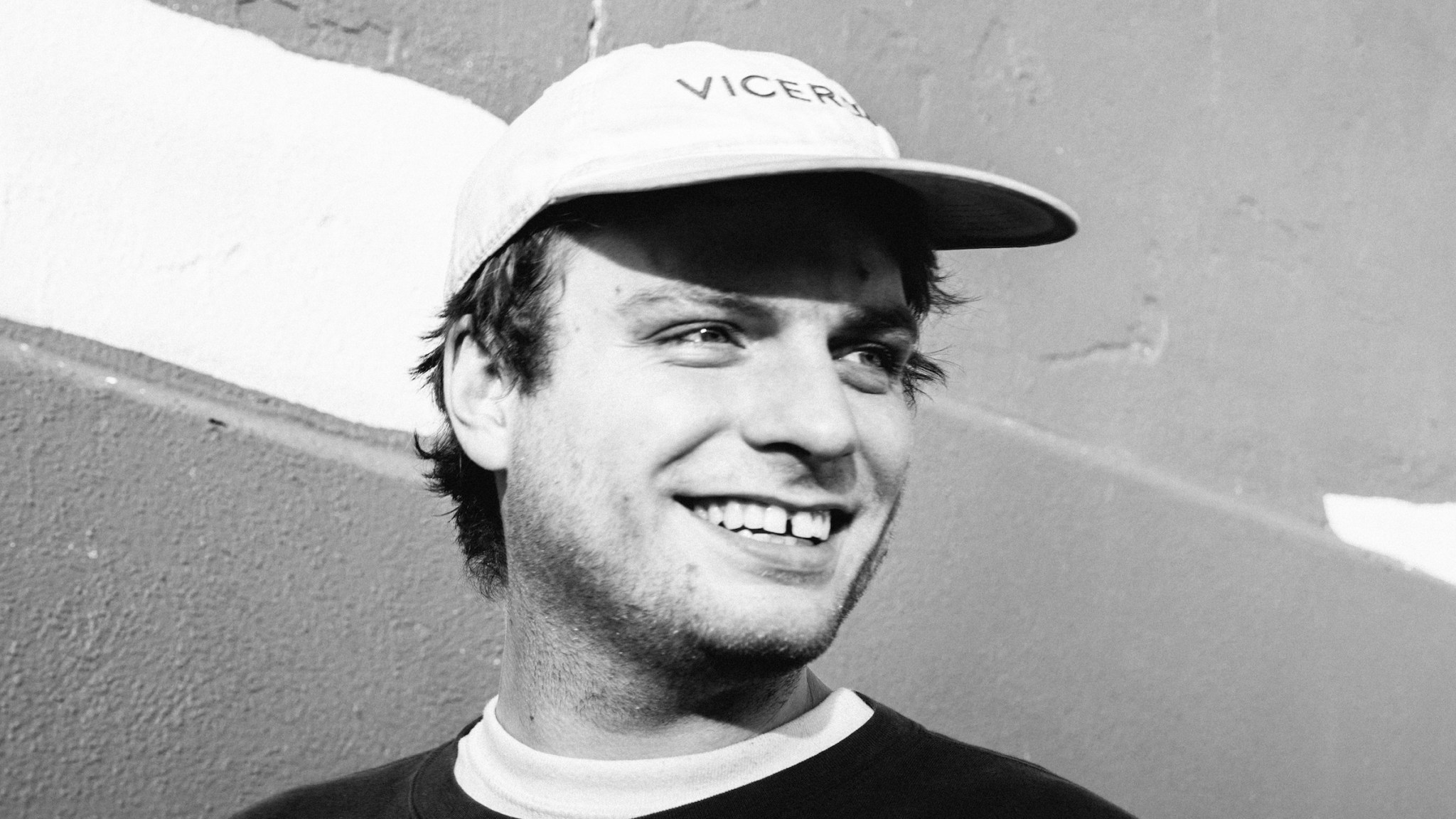 I would never publish the address of my worst enemy, to say nothing of my own — assuming anyone would care enough in the first place. But with Mac DeMarco, people do care. There’s a clue to his home’s location right at the end of his latest release — an eight-song mini-EP called Another One — in the final track’s title, “My House by the Water.” But that’s not enough for the singer-songwriter. The song ends with a few minutes of water-lapping sounds and a public-access-lite keyboard line, and then there’s silence. Soon, DeMarco’s voice ambles into the picture, listing his full address, followed with, “Stop on by, I’ll make you a cup of coffee. See ya later.”

The house tilts at the edges like it’ll melt into the Far Rockaway street it sits on. It’s far enough from the beach that you wouldn’t ever really accidentally end up there, unless you already lived nearby. It’s pretty in a shambling way: a big living room gives way to a kitchen, which opens into a massive sunroom that looks out at a yard that abruptly cuts off where it meets the bay. His view is basically JFK Airport.

When I visit him in his home, the mini-EP has just leaked and a few kids have already dropped by. “People have been coming. I’ve been getting some weird mail. I don’t know what I was thinking, really,” he says, sprawled on his small bed, chain-smoking on top of a Pendleton blanket. “Everyone that’s come over has been really nice. I make them a cup of coffee. They hang out for a bit. The way I rationalize it is, first of all, you would have had to have listened to my whole album to the end, and then 30 seconds after the last instrumental track, to find it. Then to have the urge to come, you’re a weird fan already, and then to come out to this neighborhood? You have to be enamored with what I do. I trust you for those reasons. It’s not like some guy is going to come out and knock on the door and be like, ‘Your music sucks. Fuck you!’ I trust the kids that listen to my music.”

And those kids trust him back. DeMarco is affable and quick. He looks like Alfred E. Neuman by way of Booger from Revenge of the Nerds (but, you know, better than that), and acts the way Bill Murray might around his real friends. He’s not above making fun of you, but he’ll turn around and bring you in on the very next joke so you don’t get left out. DeMarco is the Platonic ideal of Just Some Guy you meet at a bar and really connect with, except that guy happened to draw legions of people into his world of decaying cigarette butts and listless afternoon wandering.

This is largely a product of DeMarco’s stage presence, which involves absurd covers, nudity, jokes, and a sort of communal, outsidery, “we’re a little weirder than the world we’re part of, so let’s bond over laughter” sentiment. The reason DeMarco is hugely popular doesn’t necessarily have to do with the actual languid, ’70s-songwriter-by-way-of-’90s-indie-rock music he’s making, and there’s probably some heavy psychological fieldwork to be done on why that is. Festivals are now social events. Concerts are no different than parties. We often listen to music while doing something else. Listening to it is a background activity, seeing it live is about spectacle. This is all very tricky for DeMarco, whose songs are simple and don’t demand any attention, but manage to worm their way into your mind and set up camp like they’ve been there all along anyway.

On 2, DeMarco’s 2012 breakthrough album, he dealt with family stories of drug addiction and wrote sincere odes to smoking cigarettes. In 2014, Salad Days upped the ante: The arrangements were more lush, but the playing was still rickety. It sounded like demos from a downer weekend after a Las Vegas coke binge in 1978.

After the release of 2, he quickly went from dingy shows in tiny venues around Canada to massive festival shows all over the world. After years of living cheaply in Vancouver, he was finally making money. “That iteration of supporting myself meant being able to round up like 150 bucks from playing shows to pay for the boiler closet under a staircase I lived in,” he says. “It was like a fucking Harry Potter room, but at the time, I was like, ‘Fuck yeah! I don’t have to work a job. I can play two or three shows a month. Then I was like, I don’t want to be the 35-year-old guy that lives in the boiler room closet.”

By the time he released Salad Days, he’d somehow become a cult icon to teenagers everywhere. No one was quite sure how he got there, including DeMarco himself. “I think the younger kids … they see me and my band and we’re just kinda overweight, regular-looking dudes. Just goofy. They’re like, ‘I think Mac would drink a beer with me,’ and it’s, like … true.” 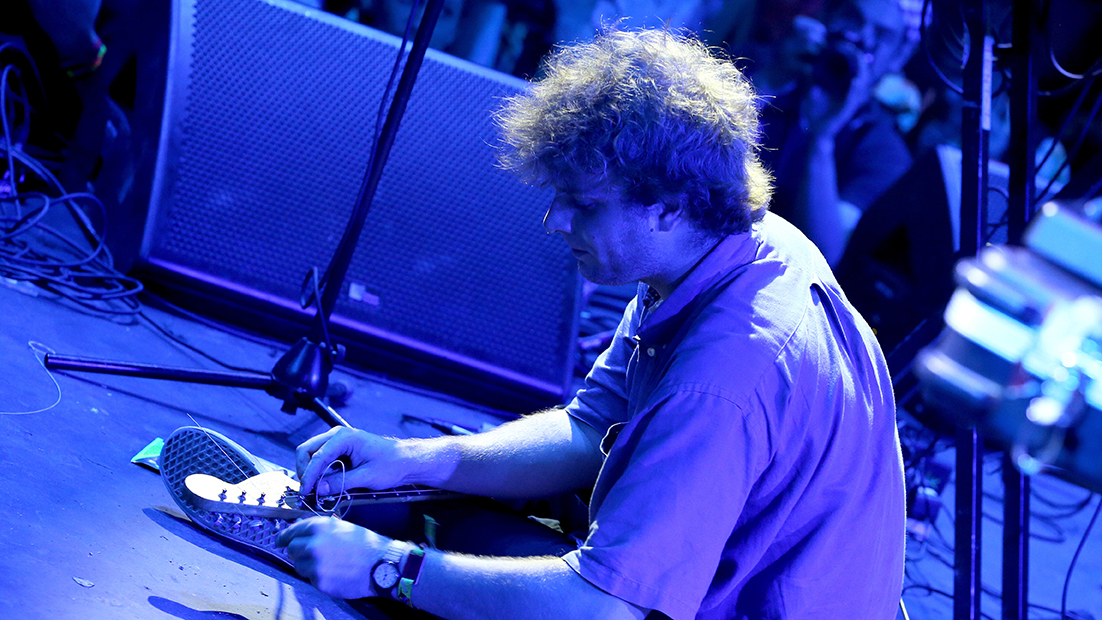 While that’s certainly part of it (the very weird Tyler, The Creator cosign probably didn’t hurt either), there’s something else behind DeMarco’s relative success: He writes music that rolls up the humid boredom of adolescent summers with a wide-eyed worldview of love that is at once prom-ready and a gesture of authentic grown-up emotion. When you’re younger, your feelings are muddled and confused, but DeMarco’s songs are simple, and often plaintive, unencumbered by all the overanalysis and self-obsession that comes with being a teenager.

The clarity of emotion makes sense. DeMarco cares a lot about the music he makes but carries himself like a quintessential Gen X slacker who doesn’t want to admit to the rest of the world that he’s actually dedicated to his work. It’s the kind of studied, half-real ambivalence that can make you believe that all the heavy shit in the world is actually no big deal, as long as you’ve got a handle on your own feelings. It also makes Mac DeMarco the kind of guy you want to be like.

This would be the part where I describe Another One as the “adult” Mac DeMarco release. The one where he makes the grand statement we always knew he would make. This is an expectation that’s been placed on him since the release of 2. “Like it’s my big-boy album?” he says. “I feel like a kid still. I’ve always been writing songs this way. I’m maturing in a lot of ways. I have a house. I got a car. I pay my fucking taxes, but I don’t think I’ll ever be the stern, serious, somber music guy at any point in my life.”

The reality of Another One — as well as the music he’s made before, and probably whatever he does next — is that it features more songs that hit the lovelorn, lovesick, blasting-through-multiple-packs-a-day-while-the-world-turns vibe on the head, with all the nuance and understanding of a dude who has dedicated his life to vaguely goofy malaise.

You can virtually hear him rouse himself from a hangover on 2’s “Ode to Viceroy”: “Early in the morning / Just trying to let the sun in / and open up my eyes.” Later in the song, he promises to smoke cigarettes until he’s dying. Everlasting love can take many forms, and for DeMarco, it takes the form of a low-key narcotic haze that blurs its way into your brain, until you’re suddenly humming his melodies like a half-remembered memory of a song you heard in the back of your parents’ car.

DeMarco is trying to achieve stasis. A simple point where love is love and boredom is something that happens but nothing to dread. The music industry — even the one built up around alternative/underground music — doesn’t know what to do with someone like him. Each time he releases a record, we look deeper — will this be the album where he truly grows up? The answer is complicated: Yes, his songwriting is getting more refined. The excess fat is cut. Even as his live show has moved away from just some dudes playing music, his records become more unassuming, his songs distilled to their bare bones — a nicotine funk of watery keys and guitar lines that shimmer like they’re being played through a heat wave.

Despite his newfound success, DeMarco’s setup is still the same: guitar, some keyboards, and that reedy voice. He records it himself, because his music is the product of being alone. “Everyone is at work, and I was sitting here for 12 hours a day, chugging coffee. I didn’t go out of my comfort zone. I just felt like writing some songs,” he says of the new record.

If DeMarco’s comfort zone is making music while everyone goes about their day, then inviting fans to his house is the ultimate act of self-sabotage. He is ridiculous and impulsive, but when it comes to songwriting, he is intensely focused and prolific. With all that interruption, will he be able to keep it up? At some point, that has to break, right?

There is, of course, no real way to answer that. But a glimmer of an answer does exist. When I ask DeMarco if he owns this weird saggy house in the middle of nowhere, he acts surprised. “I looked on Craigslist for a house with no broker fee, and this was the only house that came up,” he says. “I don’t think I’ll live here that long. I don’t know where I’ll go.”

Things could get stale pretty soon, and that means he’ll move somewhere else with his small collection of equipment. Another place to stew and think and write weird songs that connect to that synapse in our brains that just gets DeMarco on a visceral level.

‘Grantland Pop Culture Podcast’: Armen Weitzman of ‘Another Period’ on the Impact of ‘The Lord of the Rings’ and the Animated ‘Hobbit’

The First 'Deadpool' Trailer Has Arrived, So Let's Learn About Marvel's Ultra-Violent Wiseass