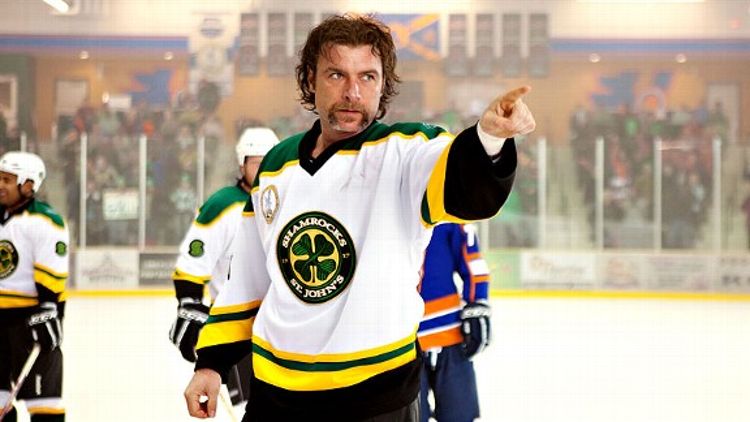 Liev Schreiber has taken on his first regular television job: the starring role in Showtime’s Ray Donovan, a family drama with comedy elements about a Los Angeles “fixer” who solves problems for celebrities and rich people but can’t work out the issues in his own private life. Sounds great! Only one question right now: How long through the first episode until someone yells out at Liev, “You’re the fixer … fix it!”? Grade: A- [Deadline]

Bryan Singer will take a break from his feature-film work to direct and produce NBC’s remake of The Munsters. The series, which just got the green light, is being written by Bryan Fuller (Pushing Daisies) and is described as a “visually spectacular … imaginative reinvention of The Munsters.” Also, just to make sure NBC is fully tapping the talents of the “Bryan with a ‘Y’” entertainment community, famed Canadian Bryan Adams is doing the theme song. Grade: B+ [Deadline]

The Scarface remake has booked Training Day writer David Ayer to whip up a script. As previously explained, the remake isn’t a direct adaptation but a loose update of the violent-outsider-becomes-kingpin narrative of both the 1932 and 1983 versions. According to Ayer, “I studied both the original Ben Hecht-Howard Hawks movie and the De Palma-Pacino version and found some universal themes. I’m still under the hood, figuring out the wiring that will translate, but both films had a specificity of place, there was unapologetic violence, and a main character who socially scared the shit out of people, but who had his own moral code.” “Also, oddly enough, both versions have just a ton of tangential conversations about how practical it would be to train a monkey to drive a car,” Ayer did not add. Grade: A- [Deadline]

Steven Soderbergh just dropped The Man From U.N.C.L.E., and already has a new project lined up. It’s called The Bitter Pill, it’s scripted by his frequent collaborator Scott Z. Burns, and its details — beyond the fact that it’s a thriller set in the world of psychopharmacology — are not available. Probably safe to assume, though, from that description, that the movie is set in the back of a particularly crazy CVS. Grade: B [HR]

Rejoice! Eastbound & Down has a premiere date for its third season: February 19. And on that same night, HBO will premiere Life Is Short, Ricky Gervais and Stephen Merchant’s mockumentary about Warwick Davis and his attempts to resurrect his acting career. You might be thinking, “Hey Amos, you’re from America, you probably have a printer. You could have just gone on the Internet and printed this HBO press release about the return of Eastbound & Down.” Yeah, you know what? I could have. Except for one fact: I don’t own a printer. And I fucking hate computers. Grade: A+ [HR]