Lenny Kravitz Is Starring in a Marvin Gaye Biopic. But Can He Act? 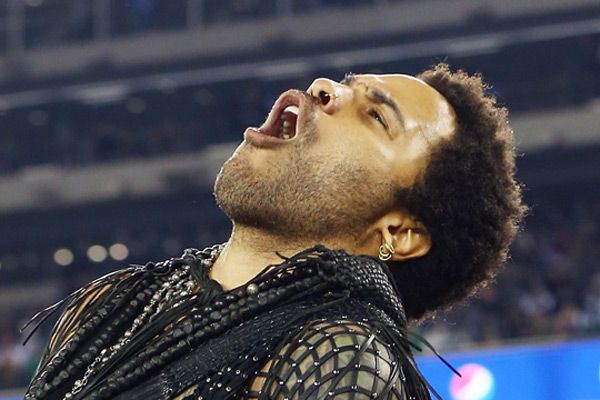 For a couple of years now, Lenny Kravitz has been futzing around the outer edges of the motion picture game, with small roles in Precious and The Hunger Games. Now, though, our man Lenny has gone and landed a big fish. As Deadline reported on Monday, Kravitz has booked his first lead role — and in a Marvin Gaye biopic, no less.

The untitled project will be directed by Julien Temple and “will focus on the time Gaye spent in Europe in the early 1980s, when the soul singer attempted to get his addictions under control and career back on track with the help of British music promoter Freddy Cousaert.” Ambitious! OK, look, I know some of you are concerned. Should a guy that’s been on-screen for roughly six and a half minutes, you’re thinking, really take on one of music’s most treasured icons? And to that I say: Bro, Cinna can handle it.

But don’t take my word for it. Yes, Lenny’s reel is scant, consisting of not much more than the two aforementioned movies and a handful of mute music video scenes — but it is a reel simply loaded with chops. Behold: Lenny Kravitz, powerhouse.

In Precious, Lenny plays a nurse. Yes, a male nurse. But when Precious’s classmates show up to poke fun at the perceived oddness of Lenny’s chosen profession, does he flinch? Of course not. That’s called innate confidence, folks, and that’s something they just can’t teach you over there at Julliard.

OK, we’re out of movie footage. But what do we have here? Why, it’s the video for “It Ain’t Over ’til It’s Over”! Regardless of what “Are You Gonna Go My Way?” might suggest, Lenny’s not all about emphatic guitar struts. Here, we see him flashing some splashy mic control — a crucial element for anyone hoping to truly embody Marvin.

Above: the videos for “Black Velveteen” and “Stand By My Woman,” which prove that Lenny does artsy and abstract flailing just about as well as anyone alive. This’ll come in particularly handy during the biopic’s drug scenes.

In “Again,” as a man falling in love with a waitress on the Lower East Side and out of love with Gina Gershon, Lenny Kravitz simply delivers one of his most committed performances to date. In just over four and a half minutes, we get a full display of the man’s abilities: there’s nudity, simulated sex, sexy tongue touching, and staring longingly out of a window.

The video for “I Belong to You” is a more contained display, presenting just one of Lenny’s skills. And that skill would be dancing shirtless in front of a giant tree with your nipples pierced. Heyo, Julien, it’s not too late to write that into the script, right?

Filed Under: The Hunger Games

See all The Hunger Games