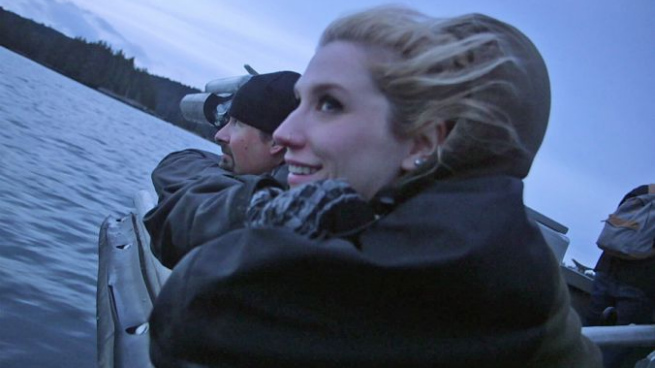 Last Friday, Ke$ha emerged from Timberline Knolls, the Chicago-area rehab center where she admitted herself in early January for an eating disorder. The two-month stint was originally slated to last 30 days, but in February she decided to extend her stay, canceling spring tour dates in order to “follow her doctor’s advice and get her health back on track.” Newly revitalized and back in the world, her first act last week, the press reported, was to change her Twitter handle — from the self-deprecating @keshasuxx to the more conservative @KeshaRose — and to remove the infamous dollar sign from her name. Her publicity team confirmed shortly thereafter that, going forward, their client will be known as just “Kesha.” Our Lady of Lewd, now refocused on staying healthy and “blessed,” has begun shedding some very specific appendages of her Animal self.

While fans might’ve been blindsided by the news about her health, Kesha’s rejection of her wilder handles, at least, ought to be less surprising. Her artistic evolution between 2010’s Animal/Cannibal one-two punch and 2012’s Warrior was dramatic; for her second LP, she reined in her reckless party-pop with shredding guitar licks and more conscious songwriting, and entirely rejected Auto-Tune, the software that made her notorious, to prove to critics that she can, in fact, sing. Her chaotic stage shows remained pure bonkers anarchy, but they got stronger, and more personalized. And months before she entered rehab, she was making prophetic comments about artistic independence, expressing what can only be described as “frustration voiced under duress of media training.”

“What’s been put out as singles have just perpetuated a particular image that may or may not be entirely accurate,” she told Rolling Stone in October, when asked whether her camp, including reportedly overbearing producer Dr. Luke, was controlling her. “I’d like to show the world other sides of my personality. I don’t want to just continue putting out the same song and becoming a parody [of] myself. I have so much more to offer than that.”

Celebrities have always absconded to rehab, sometimes repeatedly over the course of their careers; the rehab trope is an institution, a getaway, of sorts, for actors and musicians to escape the evils of a very public life. Whether there’s a real problem to address (and if there is, whether rehab will solve it) often appears to be a secondary concern. But with Ke$— sorry, Kesha, the act of going to rehab seems … different. Despite her wild image, she has always been effusive and effortlessly herself, not to mention unexpectedly vocal about her feminism, refusing to trash other women in the press, even when goaded into it by interviewers. Few would suspect she had issues, much less the issues that have plagued far less assured starlets over the years. Of course, no fan really knows anything about their idols, no matter how obsessively they follow them, but it’s hard to believe that Kesha, an artist who has disappeared for a month’s vacation without hesitation, would have admitted herself if there weren’t serious — and permanent — changes to be made.

Whether it was the rehab or just growing up or perhaps a little of both, Kesha — now closer to 30 than 20 — is growing, visibly and dramatically. If the self-acceptance creeds she’s shouted from arena stages for years are true, it’s likely we’re going to see much less of Ke$ha, Queen of DGAF in the coming years. At the risk of speaking too soon, the post-rehab Kesha is in the process of abdicating that throne, perhaps in favor of a less reckless, more focused image, one that bucks the control of old-industry, hit-factory overlords and takes full responsibility for her own artistic growth. While the evolution is indeed deserved, not to mention a natural process for any artist with a career long enough to produce evolution, we should be readying our glasses to pour one out in memory of the fuck-you Ke$ha (especially that dollar sign), because her era is ending, and it was one of the most underrated and best things to happen to pop in a long time.

From the beginning, Kesha has always been inextricably linked to the outrageous. She emerged from the black void of the ordinary in 2009 with Flo Rida’s “Right Round,” and had exploded by the time her debut LP, Animal, was released a year later with the massive success of her single “TiK ToK.” Sexist, rockist, and conservative controversy followed her everywhere, because she was a perfect target: a hot blonde major-label pop star with seemingly “no talent” who, with the help of hit-spewing industry bros, immediately jettisoned into the record-breaking, chart-topping stratosphere, all while wearing minimal clothing and sneering gleefully about fucking and brushing her teeth with whiskey. What was there to like about an obvious industry product like this?

Turns out, almost everything. It was hard for people to see what they refused to pay attention to, but the more mic time Kesha got, the more it became clear she knew what she was doing. Using her sexuality not only to be desirable, but to challenge the gender binary that allowed male stars to crow about their sexual conquests and required female singers be more discreet, she promoted ovaries-before-brovaries, constantly name-dropping her posse of “seven gorgeous best friends” that travel with her; she advocated loudly for animal rights, donating to and volunteering with wildlife organizations; instead of smugly chucking fistfuls of her own $100 bills in the air, the former welfare recipient was sing-rapping about partying at other rich people’s houses, democratizing the definition of “the good life.”

Last year, MTV debuted her reality show, Ke$ha: My Crazy Beautiful Life. Filmed by her brother, the show allowed her to control her own narrative through nepotism (and keep herself perpetually surrounded by family); it was, and is, far less likely she’ll be jerked around by industry heavyweights when she’s got the power of a camera at her side at all hours of the day. For the past five years, her labels and handlers have been getting what they want — a pretty, headline-making package to sell — while she’s been busy blowing holes in the Britney Model. Against all odds, she seemed to be changing what a “no-talent pop star” could mean for pop music.

But the dark cloud of stardom is undiscerning and unmerciful, especially for one who would subvert the system: Despite making moves toward independence, Kesha’s personal issues — exacerbated, reportedly, by a powerful, body-policing mentor — finally overcame her, if briefly, this year. Few must know how long they had been eroding her (whose business is it, really?), but her entrance into rehab (alongside her mom, Pebe, who checked herself into the same facility just a week after her daughter for post-traumatic stress disorder, “at Ke$ha’s urging”) marked an unquestionable turning point, and it would seem that point will encompass her career as well as her personal life. Now she seems to want to be taken seriously, in a more traditional sense, and that means her reign of very deliberate terror might be over.

Of course, this might not be the death knell for dick costumes and berserk glitter parties just yet. As anyone who’s seen even one episode of My Crazy Beautiful Life knows, the wildness of onstage Kesha is deeply rooted within her being; one can easily imagine her making obscene jokes and forcing her friends to go camping in the Bahamas at age 90. Still, to say absolutely nothing of what staying healthy will require of Kesha the person (she’s never been the wasted party girl persona she performs, and again, her personal journey is nobody’s business except hers and those with whom she chooses to share it), the changes she makes will likely include, at the very least, the type of experiences she chooses to have, the ones that will inspire the artist’s music for years to come. When she leaves the culture-jamming seat open in exchange for legitimacy and stability, as she might have just done, who will take her place?

The passing of the torch might have already occurred. Over the last year or so, it’s been obvious that Miley Cyrus is gunning for the title that Kesha seems ready to relinquish. The two are awash in similarities: both were raised outside Nashville, though for Kesha it was the poor side of town, while Miley had 500 acres; both are gorgeous, blonde daughters of musicians, though Miley’s was decidedly more well-known; both were intent upon scandalizing Middle America to declare their own independence. (Both also happen to have documented trouble with cultural appropriation.) Kesha has even written songs for Miley, so the succession seems like a natural one.

But it’s not, really, and to say the two are interchangeable is to do them both a disservice. Miley might have assumed the archetypal pop-music role of White Party Girl that Kesha seems to have abandoned, but the younger singer’s wildness is a markedly different style. She uses it largely in the service of her own image, rather than any sexist double standard (though she rightly noted that Robin Thicke received little of the backlash from their VMA performance). Miley singing about strip clubs inherently implies a top-down approach, while Kesha stays sneaking into rich dudes’ parties. Kesha seems beholden to her public, even as she’s claimed she’s “not a role model” — when she entered rehab, the statement she released, “I’m a crusader for being yourself and loving yourself but I’ve found it hard to practice,” made her commitment appear genuine. Meanwhile, Miley still frequently employs her “forget the haters, ’cause somebody loves ya” defense, doggedly avoiding self-reflection with incredible tenacity. She will take the bait and feud with other women.

Still, Miley could eventually change the pop music landscape anyway, if she wants to, just as Kesha has these past five years, and just as their forebears have before them (see: Madonna). In other words, this is not so much criticism of Miley as it is a clarification that, while many women across generations may hold the same role in pop culture, and while they may continue to hold it for microgenerations to come (at least until pop culture ceases to objectify women’s bodies), there are infinite ways to employ that position. While her rebirth as Kesha was inevitable — and important — it might be a while before we see another quite like Ke$ha again.