Justin Timberlake Will Play the Grammys. How’s His Comeback Going for You? 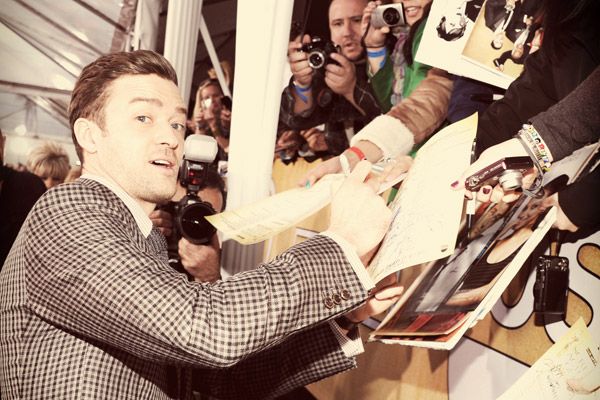 The National Academy of Recording Arts and Sciences (hereby referred to as NARAS, because that’s both quicker and sounds like an adorable made-up animal from Danish children’s literature) announced today that Justin Timberlake will be performing at this year’s Grammys, which go down February 10. Exciting! Ish.

Ever since Justin Timberlake first tantalized us with that, um, countdown clock, his long-awaited return to his true calling has been swift and efficiently constructed. Boom, new track, with requisite Timbaland beat and appropriately splashy Jay-Z verse. Boom, new album announcement: The 20/20 Experience, out March 19. Boom, first live show in seven years: February 2, at a Super Bowl event, the DirecTV Super Saturday Night. Next to come, presumably: a full tour announcement; the next single; an SNL host/musical guest combo booking. Great, right? Exactly what we’ve been waiting for ever since Justin abandoned music in order to have fake sex with Mila Kunis?

Well, technically, yes. But doesn’t it all feel a bit underwhelming? “Suit and Tie” is certainly growing on me, and I’m psyched for whatever more ambitious material might follow (you just know he’s got another dark, soul-baring heartbreak ballad locked up and ready to go). And, as always, we should be waiting for the album to drop before we come to any conclusions. But as far as spectacle, I mean … you’d think a dramatic, years-in-the-making return would be more dramatic. Instead, we’re getting highly professional execution. And, like, the Super Bowl thing is for charity for sick kids, so I really shouldn’t be complaining, but it’s also co-hosted by Mark Cuban’s AXS-TV (???) and preceded by DirecTV’s Celebrity Beach Bowl, and there’s just nothing cool about that.

In my ideal world, JT keeps his return in the TOP SECRET folder until the Grammys, where he shows up announced with a blistering song-and-dance medley of the truest caliber, a snippet of a new banger, and then — as the band drops out and audience members shoot up in their seats shrieking with glee, and Justin goes to the microphone, breathing heavy after all that wondrous physical exertion and smirking devilishly — the new album announcement. But, you know. This other way works too.