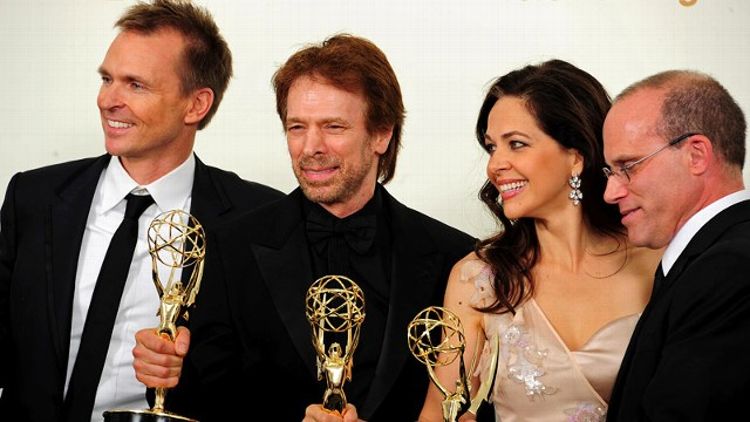 As our own Andy Greenwald noted earlier today, fans of Important Television didn’t have too much to whine about this morning after the 2012 Primetime Emmy nominations were announced — the lists were surprisingly well-balanced, with popular favorites like Modern Family right up there with critical darlings Girls and Louie, and realistically, that’s probably about how things should be, right? (I’m assuming all Community fans have stopped reading by now.) So, huh. This is weird. Is there anything left to get irrationally angry about?

Yes, yes there is! Here are your 2012 Outstanding Reality-Competition Program nominations:

First, some context: The Outstanding Reality-Competition category was quietly sneaked into the Emmy ballots starting with the 2003 awards. There were five nominees: The Amazing Race (which has won every year except 2010), American Idol, Survivor, an AFI countdown of the top-100 love stories, and a Bob Hope tribute. In the decade since then, the academy has realized that the neck-and-neck race between Roman Holiday and An Affair to Remember is a bit of a stretch of the definition of “competition,” and has mostly moved their focus to highly rated (at least at the time) network hits like Dancing With the Stars, The Apprentice, and Last Comic Standing, with (comparatively) highbrow cable favorites like Top Chef and Project Runway eventually making the cut. (Yes, academy, I just reminded everyone that you once nominated Last Comic Standing for an award. The Internet is forever.)

In theory, Reality Competition should be a really cool category, but the problem is that nobody cares. At the time of its inception, it was mostly seen as a way to acknowledge this new crop of these phenomenally popular competition programs that were accounting for a large portion of America’s television diet, and the fact that it would seem a little odd to have a telecast whose sole purpose is to recognize achievements in TV ignore it completely. But if the original intent was to throw a bone to these network juggernauts, the end result is a category whose criteria are almost purely technical; the business of creating a game. It’s much easier to objectively say whether or not a game is well made than, say, what the best episode of Mad Men was. For the record, Dancing With the Stars kind of sucks as a game. (Why just Stars? So elitist!)

I am excited about exactly one thing on this year’s list: perennial nominee American Idol being ousted by The Voice. While I have a few major problems with not only the outcome, but the overall structure of the latter program, it at least shows that people in the academy are critically watching both competitions and realized what everyone else has known for several years now: Just because Idol still gets good ratings doesn’t mean it’s not a broken, meaningless husk that not even Steven Tyler wants to get with anymore. Meanwhile, The Voice is showing a lot of promise, and is an interesting, yet imperfect, attempt to shake up the formula.

But if any members of the academy are reading this, would you mind letting me know, honestly, when the last time was you watched Top Chef? Sure, it was once (and hopefully will once again be) one of the most well-made competitions on TV, and I was excited to see Padma Lakshmi look legitimately happy when it broke Race‘s winning streak in 2010. But even that award felt more like a lifetime-achievement win than anything else, and the Magical Elves promptly went on to air a lifeless seventh season and then the sloppy, ADD mess that was Top Chef: Texas — if you want to talk “game engineering,” I’m pretty sure making a bunch of professional chefs chop their ingredients out of blocks of ice is grounds for ejection. (I’m not sure whether Top Chef All-Stars, which had some very strong moments in its first half, counted on the ballot.) But still, I feel like calling Top Chef one of the best competitions on TV in 2012 is like nominating The O.C. for a Teen Choice Award in 2007 (which didn’t happen, by the way — the Teen Choice Awards: always on point).

And I’m sure that Fox has a much bigger budget for Emmy screeners/cares about this kind of thing more than MTV does, but again, from a game-engineering angle, America’s Best Dance Crew is a zippy, economical, highly entertaining, and well-oiled machine compared to the lumbering, drawn-out So You Think You Can Dance. If the Emmy voters actually did their reality-TV homework instead of just checking TV By the Numbers when it came time to make their nominations, I’m confident that show would make a few short lists, along with other enjoyable left-field odditi.

There is such a thing as an intelligently produced, high-quality reality show. But nobody in the business of handing out trophies that aren’t surfboards or golden buckets of popcorn wants to admit to caring about anything where people can get “voted off.” What’s more, they’re counting on a mutual apathy about awards shows from people who do.

That’s OK, though — I’m already setting up my Kickstarter to establish the first-ever Academy of Reality Television Arts right here at Grantland HQ. Our awards show, the 2013 Realsies, will premiere next summer on TruTV, with a special “After the Realsies” post-show reunion hosted by Chris Harrison. Consider that!