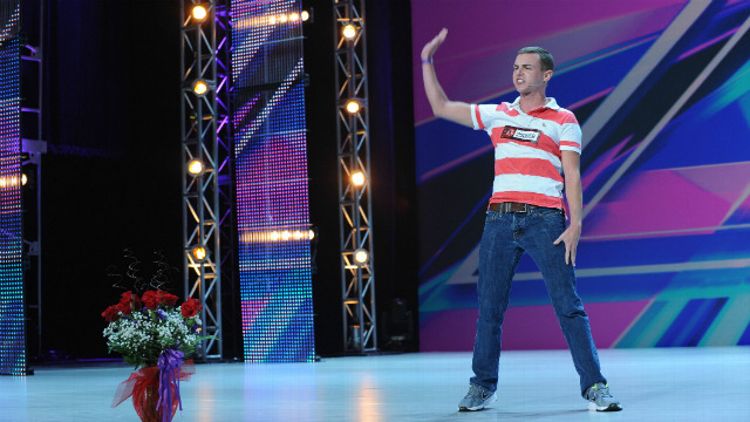 For reasons still not entirely clear to them, Grantland editors Jay Caspian Kang, Mark Lisanti, and Emily Yoshida have decided to track the second season of The X Factor. This is the hill upon which they will die.

Kang: Johnny can’t sing. Johnny can’t dance. Johnny can’t rap. Johnny can’t help being so ehrmagerd cute. Johnny continues this season’s trend of “singers who can’t sing.” Johnny bores the crap out of me, so I’m going to take this opportunity to talk about how much I like Demi Lovato’s hair, which kind of looks like the tail on a shabby-chic unicorn. I also think it’s time we bring back the high ponytail, but only for girls like Demi, who have heads shaped like figs.

Yoshida: I often find myself staring at Demi’s magical ponytail and wishing I could yank on it just to see if there’s more of it coiled up inside her skull.

Kang: If Jessica Sanchez is a middle-aged Armenian man, she’s sitting next to me on this flight to Vegas, farting up a storm.

I’m sorry to be all farty here [Editor’s note: No, he isn’t.], but I wasn’t blown away by Carly Rose Sonenclar, whose name is a jumble for CLEARLY ON CRAC(K). She needs to figure out what to do with that off-mic hand, ’cause right now she looks like a 4-foot-9 Andre Drummond out there. What happened to this season of The X Factor? Do you remember how good last year was? Do you remember Drew? Rachel Crow? Melanie Amaro? Even Astro kinda?

Simon, we love Demi’s hair and the cute way her face scrunches up when she likes a contestant (looks like she’s farting glitter) and we love Britney and her “who farted” looks and withering condescension, but please, please! Get some better contestants.

Yoshida: I liked Carly Rose Sonenclar just fine, but she’s going to have to get an X Factor rechristening (à la “Drew”) if she wants survive for more than one week once the voting starts. “Carly Rose” is a little too close to Carly Rae Jepsen, so “Sonenclar” it is. I would probably never buy a record by a 13-year-old girl, but I would definitely buy a record by a 13-year-old girl if her name led me to believe she was a one-woman black-metal band.

Lisanti: The judges’ shock was our shock. And really, Jason rigged the game that way. After something like 20 cumulative seasons of prime-time singing competitions, we’re conditioned to expect that the loud, overconfident guy who looks like Adam Lambert joined the Mission: Impossible team just so he could infiltrate The X Factor in a latex Liza Minelli head to meet Britney Spears isn’t going to pan out talent-wise (cf Norman Gentle). That sounds meaner than it’s supposed to. Brock owned. I’d rather go to a Jason Brock Billy Joel show than a Billy Joel Billy Joel show.

Yoshida: Nothing says “X Factor” like “[any combination of words in the English language] Billy Joel show.”

Kang: I liked Mad Max–meets–Jack Black-meets-Hedwig more than anyone else last night. But he should be in the running for “most undeserved standing ovation on a singing competition show,” right behind every single Marcus Canty performance.

Also, why was he dressed like the kid from my middle school who tried to convince everyone that Soul Asylum was “grunge” when we had clearly decided that Soul Asylum was “pop” because all the girls with high ponytails really got into missing children when “Runaway Train” came out? He’s wearing 18 layers of clothing.

Lisanti: Since there were no groups last night (great job, producers), we have to run it back with Emblem3. Who, it turns out, ALREADY HAVE A LOGO. Holy shit, these kids can even do graphic design! There’s really nothing that can stop them now. (Except weed and bath salts, which are probably going to stop them in six to eight months, before they can learn to pace themselves when they’re hanging out backstage with Ke$ha and a guy everyone calls Big Bag of Drugs Steve.)

Yoshida: Emblem3, who I am obviously following on Twitter now, had their X Factor watch party at the Pink Taco on I’m guessing Sunset Boulevard, but it could just as easily have been the Century City mall. That would be so E3. By the way, I just had to Google “Emblem3” and “Pink Taco locations” consecutively, which for the next month is going to populate my Ad Sense with free cannabis-themed smileys, modeling agencies in Oxnard, and One Weird Trick To Get Any Girl To Take Off Her Top.

Kang: I think a group wins it this year. I have nothing to back this up, but I’m going to say it now so that when it comes true, I can spike a Diet Coke on your desks and dance around the office.

Lisanti: I want to work in the The Assassination of Britney Spears by the Coward Patrick Ford area here, but Britney’s second confrontation with a potential stalker in as many nights ultimately lacked menace. Yeah, he was a little creepy, and stood onstage a few beats too long to instigate a fraught silence, but even that felt enhanced by editing. He seemed pretty harmless. Like, if he somehow found his way into Britney’s dressing room without supervision, the worst thing he would do while she stepped up on a chair to adjust a framed picture on the wall would be to sidle up behind her and sing a menacingly off-key version of “Toxic” in her ear.

And hey, he brought her flowers. I bet Federline never even did that. Maybe an FTD bouquet of blunts, but never flowers.

Kang: Federline totally brought Britney flowers. They were two young kids in love and we should just leave it at that. Let’s please keep the bashing confined to the 13-year-olds and the people who are trying to fulfill their dreams.

On a side note, Belinda, our fabulous GIF factory, just told me over Gchat that “stan” is the preferred term for a stalker fan. And then she started talking about Stan, the Eminem song and my MIND WAS COMPLETELY BLOWN.

Yoshida: Maybe she was just between dosages, but Britney’s fear and loathing of this guy was definitely not edited, and you know what? I actually feel for her. Can you imagine how exhausting it must be to sit in a chair all day and have to deal with a bunch of high-strung basket cases who call you by your first name and talk about you like they have some years-long personal bond with you? At least here they’re corralled and given numbers and placed a safe distance away from her, but sometimes I look at Britney’s eyes and see an eternally vast loneliness reflected back; a permanently severed bond between her and the rest of the human race. Or maybe she was just between dosages.