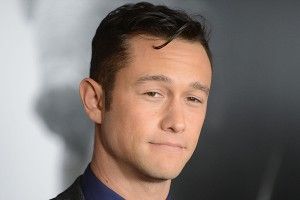 Maybe! HitFix is reporting that “According to sources, Joseph Gordon-Levitt absolutely will be appearing in Justice League as the new Batman.” Already? Well, this is nutty.

Let’s back up: Justice League has long been the DC/Warner Bros. superhero all-star team and would-be challenger to Marvel/Disney’s multifaceted Avengers franchise. But despite the massive success Warner Bros. had to build on, in the form of Christopher Nolan’s Batman movies, it’s never quite come together. How long has the project been kicking around? Long enough that Adam Brody was slotted as The Flash. (And check out the rest of the rumored cast, provided by the ever-reliable Wikipedia.org: “D.J. Cotrona as Superman, rapper Common as John Stewart / Green Lantern, Australian model Megan Gale as Diana Prince / Wonder Woman, Armie Hammer … as Batman.” Also: “Columbus Short turned down the role of Green Lantern, which rapper T.I. was also rumored for.”)

So, long dormant, Justice League has now risen back to the top of Warner Bros.’ to-do list. And there’s already been loads of speculation about the flick — that it would drop in 2015, in time to go head-to-head with the second Avengers; that it would introduce the new Batman. And on the latter note, we have movement! As HitFix reports, “it’s looking like we may see Gordon-Levitt in the suit earlier than [the next Batman movie]. They’re a long way from filming anything Justice League related, but they appear to be solidifying deals for Gordon-Levitt and, potentially, at least one other actor from the Nolan films to do … something.” In The Dark Knight Rises, JGL plays an orphan-savin’ good-guy cop that turns out, at least according to his legal name, to be SPOILER BUT IT’S BEEN A WHILE, YOU SHOULD PROBABLY CHECK OUT TDKR, AND ALSO THIS IS VERY MINOR Robin. So would Joey be playing the same character, taking over the mantle of Batman, so as to respect the continuity of the movies? Or would he actually be playing Bruce Wayne? Right now that’s unclear.

As HitFix points out, all eyes are now on Man of Steel; as far as Zack Snyder’s Superman reboot setting the stage for Justice League, it’s not a question of Will it?, but How will it?. That movie’s not out until the summer of 2013, so we certainly have some time to sit and wait here. Oh, you know what would be dope? If, by the time they get around to casting all of Justice League, Adam Brody’s career will have re-risen so dramatically that he gets another shot at The Flash. Always pulling for you, Seth Cohen.