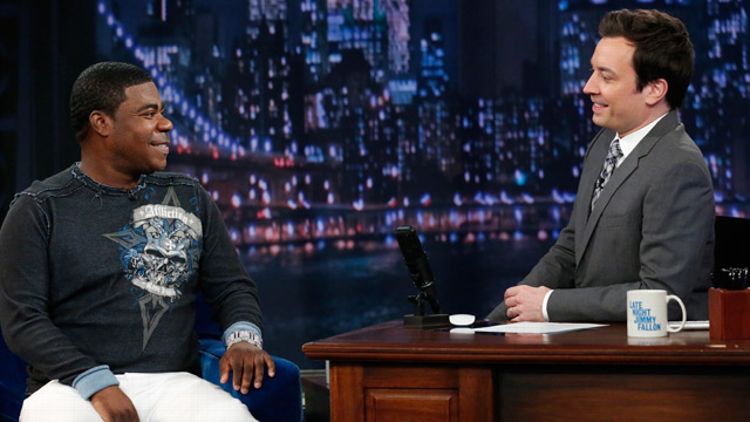 Considering the latest we’d heard about the battle for The Tonight Show succession was Jay Leno and Jimmy Fallon laughing off the whole thing via a West Side Story parody, you’d have been OK in assuming that the actual, real-deal details of the struggle wouldn’t be hashed out for a while. And then, last night, The Hollywood Reporter goes ahead and reports Fallon has already closed his contract to take over Leno’s seat. Huh. That was fast.

NBC isn’t confirming anything yet, but according to THR, the succession setup is just as had been rumored. Fallon has signed the deal to take Tonight, but the question is when: “Some NBC execs want to launch Fallon’s New York-based Tonight in February during [the] network’s high-rated Winter Olympics coverage, but producer Lorne Michaels is said to prefer to give Fallon a little more time. Plus, NBC would owe Leno a significant penalty if it took him off the air before his contract expires [in September 2014].” Meanwhile, NBC is figuring out when to go public with the news, and is hoping to be able to do so only after already having Fallon’s replacement on the books. And this part is as rumored, as well. The Fallon job, says THR’s source, goes to Seth Meyers “unless something goes awry [in the deal-making].”

It’s all … so … smooth. TOO SMOOTH. Let me ask you a serious question, NBC: Do the words “Napoleon” and “Hitler” and “invasion of Russia” mean anything to you? Those who ignore history are doomed to repeat it! Twice the network has created a situation in which Leno could scheme his way into or back into the Tonight show seat; twice he’s done just that. If you think you can squeeze Jay out of the job a second sooner than he wants to leave, well, you are sorely mistaken, my friends.

UPDATE: The Fallon Tonight Show succession is official, with Leno wrapping up in “Spring 2014.” There’s a press release and everything:

UNIVERSAL CITY, Calif. – April 3, 2012 – Jay Leno, longtime host of NBC’s “The Tonight Show with Jay Leno,” announced today that he will wrap up what will be 22 years of headlining the iconic late-night show in Spring 2014. NBC also announced today that Jimmy Fallon, now host of NBC’s “Late Night with Jimmy Fallon,” will transition into new hosting duties on “The Tonight Show” franchise after Leno concludes his successful run.

Said Leno: “Congratulations Jimmy. I hope you’re as lucky as me and hold on to the job until you’re the old guy. If you need me, I’ll be at the garage.”

Said Fallon: “I’m really excited to host a show that starts today instead of tomorrow.”

Unless Jay is in that garage fashioning a Primer-esque time travel device that he’ll use to nefariously alter the course of Tonight Show history, what could possibly go wrong?

Afternoon Links: As Always, It's a Good Idea to Hear Shia's Side of the Story