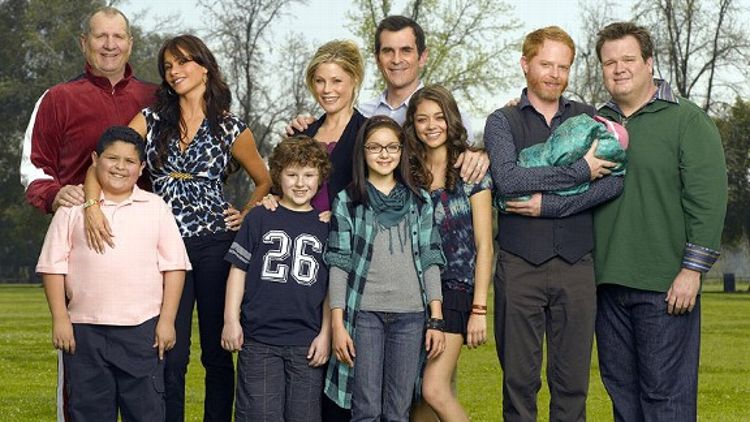 For over a generation, NBC’s Thursday night line up has been the gold standard for situation comedy. It’s a long, laugh-filled line from The Cosby Show and Cheers through Seinfeld and Friends to The Office and 30 Rock today. (We’ll choose not to remember the eminently forgettable Grand and Veronica’s Closet — 9:30 has always been a bit of a stumbling block.) Today, the Peacock still has plenty of reasons to be proud of its Thursday slate. The inclusion of Whitney scuffs the standard up a bit — let’s call it bronze — but Community and especially Parks & Recreation are proud inheritors of the network’s history of inclusive amusement. We at Grantland are such firm believers in the cultural importance of NBC’s Thursday nights that we have a weekly column devoted to its mirthful merit. But after a sleepless night of barely watched reruns, we awoke this morning thinking the unthinkable: is the funniest TV night of the week now on Wednesday? And does it air on an entirely different network?

The key to any successful night of network comedy is an Anchor Show, usually in the 9 p.m. slot. An Anchor Show, ideally, casts the widest possible net and packs its cast with the most welcoming faces; it might not be a place where everyone knows your name, but you certainly know theirs. ABC hit on their anchor early. In 2009, Modern Family went from the best pilot anyone had seen in years to the best comedy full stop — at least as far as the Emmys are concerned. To watch Modern Family this year is to see an embarrassment of riches: a dynamic, pre-contract-renegotiation cast crushing every comic meatball served up to them by the ridiculously talented writing staff. (Modern Family started with genius-level jokesters — and awards-show oversharers — Steven Levitan and Christopher Lloyd. This year the already stacked writer’s room added The Daily Show and Colbert Report mastermind Ben Karlin, Arrested Development alum Abraham Higginbotham and Sex & the City’s Cindy Chupack. There are rumors that Mike Nichols, Elaine May, and the guy who came up with Teenage Mutant Ninja Noses didn’t even make it to the interview stage.)

This week’s episode of Modern Family — in which Phil and Haley visit college, Manny mysteriously disappears into his room, and Claire demands a night stuffing “cash in a caged go-go boy’s Speedo” with Mitchell and Cam — was exhilarating, each joke flowing as naturally as the pinot at a ladies-night screening of Gone With the Wind. Modern Family is precisely in the sweetspot of its run: we can see the jokes coming from miles away, like the plastic surgery aficionados at Longines’ boutique opening — of course Jay loves the Colombian soap opera that isn’t really called “Big Hair and Yelling,” of course, Claire’s happy-handed gay masseuse isn’t really gay — but this foreknowledge only primes us for the pay-off. Contrast that with this declining, Rome-post-Caesar season of The Office where the only thing creakier than a character having another embarrassing meltdown at a party is the tired machinations needed to throw the party in the first place.

Modern Family isn’t just creatively successful, though. It’s successful successful, averaging between 12 and 13 millions viewers per week, numbers that have allowed ABC to take chances constructing the rest of their night. Going by the NBC model, every anchor show demands three constituent parts. The first, obviously, is the Weak Link. On NBC, it’s Whitney, a romantic comedy that lacks both romance and comedy. On ABC, like Patton Oswalt, even their weakness is strong: The Middle, the protein-and-two-tart-asides laffer at 8 p.m., isn’t bad per se, it’s just uninspired: as reliable and professional as whoever is responsible for Patricia Heaton’s face. Despite not having a single joke that merited more than a mild nod of recognition (at least in my Blue State living room) it pulled over nine million viewers &#8212. three million more than The Office.

At 8:30, things get more interesting with Suburgatory, ABC’s entry in a category we’ll call the Creative Reach. The show is an instant hit but also presents a challenge: its hyper-surreal vision of a spraytanned suburb (located, it seems, on a Diet Red Bull-fueled archipelago anchored somewhere off of Manhattan’s Algonquin Room) demands a suspension of disbelief on the part of the audience. (Cheryl Hines’s collagen-inflected Southern drawl requires something else entirely.) In a way, this makes it not too dissimilar from NBC’s Creative Reach, Community: both are predicated on the idea that our affection for endearing eccentrics will eventually make us comfortable in unhinged surroundings. The difference, of course, is that Suburgatory provides ballast in the form of Tessa, our eyebrow-raising heroine, whose entry into this amiable Amityville mirrors our own. (Community also provides an uncomprehending outsider character who flirts on the edges of the action, but that character is an escaped monkey named “Annie’s Boobs” who lives in the ventilation system. This alone might explain the ratings disparity between the two programs.)

The final piece of the comedy night puzzle is the Worthy Underdog. On NBC, it’s the almost maddeningly consistent Parks & Recreation, a show with a perfect cast (even when they have less-than-perfect hair), and a near-Cheersian ratio of humor-to-heart. Despite this, Parks remains maddeningly ratings-challenged, attracting only four million viewers for its outstanding original episode last week. (By contrast, three times as many people watched Rules of Engagement on CBS last night. That’s a sitcom starring David Spade that you didn’t even realize was still on television.)

On ABC, the underdog is Happy Endings. Actually, if Happy Endings were an actual dog it would have been put down by now. (If it were a snake it would have been adopted by Elisha Cuthbert’s Alex and promptly been gorged to death on a diet of Peeps and neglect.) The show was dumped onto the air at midseason, dismissed as a Friends clone — and not even a good Friends clone at that. There was so little confidence in its future that Damon Wayans Jr. was memorizing She & Him lyrics on the Fox lot before a surprise second season was ordered. Yet here’s the thing about Happy Endings in case you tuned out (and you probably did: it’s regularly losing a full 50% of Modern Family’s audience): it’s sneaky great.

The cast is delightful, a flirty, fractious mess of of twentysomethings pitched precisely between domestic responsiblities and collegial pranks, between warm-hearted togetherness and deeply weird comedic tangents. Even better, as the show has developed the writers have figured out that the nominal “leads” — Cuthbert’s chipper Alex and Zachary Knighton’s dude-slab Dave, who broke up at the altar in the pilot but have remained Friends, er, friends — are the weakest link, two game performers better served as straight people and story-generators while the real comic talent in the cast is allowed to play. Casey Wilson slays as Penny, a a careerist perfectionist who would love to tell you just how she does it but is too busy stashing pints of ice cream throughout her condo, and Eliza Coupe bring a brilliantly brittle mania to Jane, Alex’s competitive older sister.

But the heart of Endings is the cracked chemistry between Wayans’ Brad — a successful investment banker who just wants to twirl in peace — and Adam Pally’s Max, a sweatshirted guy’s gay who talks like Bill Brasky and lives like Bill & Ted. This week Max became a louche limo driver for Brad’s ballbusting boss, a man who literally always has egg on his face. While Max devolved into Driving Mr. Daisy-isms (“Women be stopping!”) and described himself only using the network taglines (“Watch what happens!” “Characters welcome!” “Very funny!”) Brad took out his frustrations with new catchphrases of his own (“Phylicia Rashad!”). Their friendship is preposterous and perfect, kind of like Happy Endings itself. It’s must-see TV and the ideal capper for Wednesdays on ABC, a comedy night that’s not only done right — it’s currently doing it better.