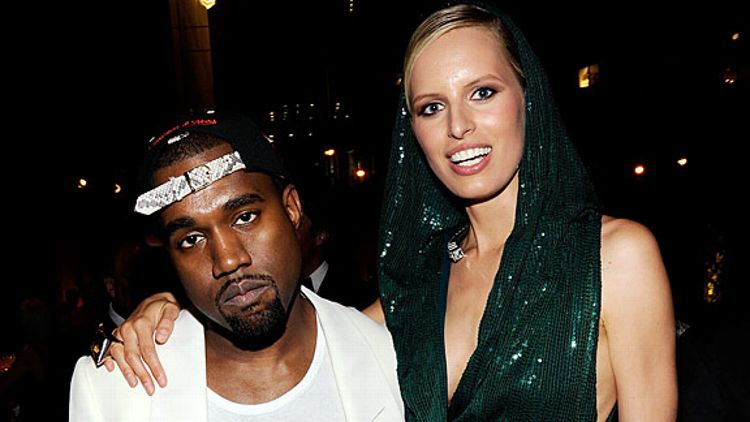 A couple days ago, Kanye West tweeted that his next album — one presumed to be a compilation featuring artists signed to his G.O.O.D. Music imprint — will drop in Spring 2012. Which, more than anything else, served as a reminder of how much more entertaining the world was when Kanye was playing along. These days, even when he occupies Wall Street, he only speaks through an interpreter. We’re a little appalled, to be honest. No one man should have all that power if he’s not gonna walk around acting like shit is fuckin’ ridiculous.

So we’re throwing a few ideas out for promoting that next album. Hopefully one will stick.

1. Make a sex tape with Gaga.
There aren’t many more shockers left in the pantry for either of these artists. My informants tell me they’re both single, so let’s just go ahead and get this one done already. Maybe it’s my dark twisted fantasy, but the celebrity sex tape game needs some new energy. And a hot new soundtrack wouldn’t hurt either. We already know Gaga’s down for whatev, so it’s on you to make it happen, Ye. Do it.

2. Make audience members sing.
Strange but true: The whole reason I wrote a post on Kanye was to have an excuse to post this clip:

“I read lips. She said: No, Beyoncé, don’t make me sing. Please no. I was born deaf. No, no, please dear god, no. Don’t let this happen. If there’s a soul in that body, please select someone else. This will be on youtube in ten seconds. Please, no, no,﻿ please. Ohhhhh, oohhhh wo-woooooooohhh.”

3. “I’m Bi…”
Alas, my campaign to get Kanye and Jay-Z to engage in a homoerotic embrace has not gathered much steam. Those ears aren’t ready for my message! Still doesn’t change the facts: Homosexuality is rap’s final frontier. Lil B’s “I’m Gay (But don’t get it twisted, I just mean I’m really happy, jeez)” album was a nice warm-up. But this movement needs real star-power behind it. The best part of using this angle for promo is that you can spark the necessary conversations but “I’m Bi…” gives you a variety of potential exit strategies should you not actually want to go there. Bi-focused, Bi… cycling. I’m (saying) Biiii. It’s foolproof.

4. More Beef.
Kanye produced “Takeover,” the song that started hip hop’s last great battle. He also had the promo-oriented beef with 50 Cent when Graduation came out. So he knows the ropes. And it’s time for a new battle. An emo-war between Yeezy and Drake might be fun. Or taking shots at Big Brother now that Hov’s changing diapers could be entertaining. Kreayshawn is still in search of a worthy adversary. Art of War says seek and you shall find.

5. All of the Above.
No one does epic like Mr. West. Do all of the above and I personally guarantee the world will never be the same. Do it.

Reality Scorecard: Jersey Shore Ends Not With a Bang But With a Smush