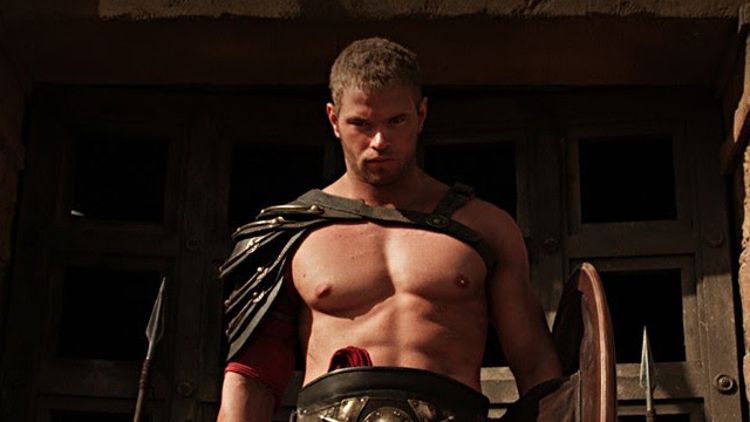 As Grantland’s 26th-most capable movie critic but top-three beefologist, it is my duty to discuss a situation that is taking place in the cinematic sphere, especially since the end result will probably be a bloodbath of mythological proportions.

Much like the 2012 battle of Snow White films (Snow White and the Huntsman vs. Mirror Mirror), 2014 has a showdown of two films centering on the jacked son of Zeus. One is Hercules: The Thracian Wars, starring Dwayne “The Rock” Johnson as an older Herc, and the other, Hercules: The Legend Begins, stars Kellan Lutz as a young, Body by Jake–like Herc.

This film, directed by Renny Harlin, looks like a combination of 300 and nothing else but 300. This isn’t great, because 300 is already a film that has been made, and one that many people saw and enjoyed. Also, it’s not great because Kellan’s Hercules is starring Kellan Lutz, whereas the Rock’s Hercules stars the Rock. And then there’s the fact that Lutz is most known for Twilight, whereas the Rock is most known for professional wrestling, the Fast movies, and recently being on the cover of Essence.

THIS MAN WILL NOT LOSE A HERCULES BATTLE TO A TEENAGE VEGETARIAN VAMPIRE BOY.

Filed Under: Trailer of the Day