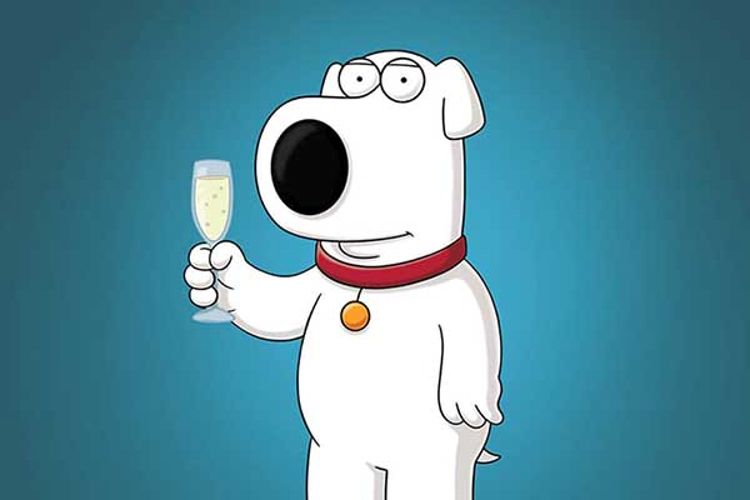 Less than 48 hours after Brian Griffin’s demise and immediate replacement on Family Guy, a countdown site appeared. Promising “A Special Announcement from Brian” and underscored as “A Fox Production,” the clock hinted at a major Griffin-related development in 10 days. Now the digits have zipped down to zero days and 18 hours, and Deadline has word from 20th Century Fox TV that the site is a hoax. We’ll see about that, huh? Gawker did a little digging and found numerous hints that future episodes might involve Brian.

Alec Baldwin and MSNBC have terminated their bromance.

Coming to Broadway: Of Mice and Men with James Franco as George and Chris O’Dowd (!) as Lennie.

Joffrey on Game of Thrones (street name: Jack Gleeson) may quit acting after the show, possibly to dedicate himself to humanitarian causes. He tells the Independent, “The lifestyle that comes with being an actor in a successful TV show isn’t something I gravitate towards.”

Ben Stiller’s The Secret Life of Walter Mitty has a new trailer. Would love to walk into a theater and watch this tonight instead of in like a month.

Watchmen and V for Vendetta author Alan Moore stays slaughtering: “I hate superheroes. I think they’re abominations. They don’t mean what they used to mean. They were originally in the hands of writers who would actively expand the imagination of their nine- to 13-year-old audience. … I think it’s a rather alarming sign if we’ve got audiences of adults going to see the Avengers movie and delighting in concepts and characters meant to entertain the 12-year-old boys of the 1950s.”

FX and Kelsey Grammer are working on a miniseries about Harriet Tubman and the Underground Railroad.

The Independent Spirit Award noms are here. Up for Best Feature are 12 Years a Slave, All Is Lost, Frances Ha, Inside Llewyn Davis, and Nebraska.

Kanye may (see: won’t) have a new album out by next summer.

And Kim digs the “Bound 3” video, by the way. She tweeted the link and said, “You nailed it!!! Sooo funny!” Then, to Seth Rogen, “Kanye says what’s up! He loves u guys! He laughed so hard at this.” Love everywhere.