“I Feel Like a Free Man”: Frank Ocean’s Personal Revelation 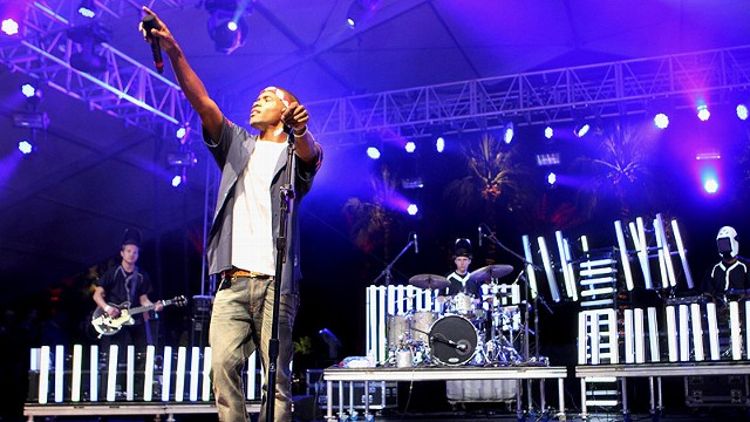 Frank Ocean’s first love was a man. We know this because on Tuesday he told us:

4 summers ago, I met somebody. I was 19 years old. He was too. We spent that summer, and the summer after, together. Everyday almost. And on the days we were together, time would glide. Most of the day I’d see him, and his smile. I’d hear his conversation and his silence … until it was time to sleep. Sleep I would often share with him. By the time I realized I was in love, it was malignant. It was hopeless. There was no escaping, no negotiating with the feeling. No choice. It was my first love. It would change my life […]

Before writing this I’d told some people my story. I’m sure these people kept me alive, kept me safe. Sincerely, these are the folks I wanna thank from the floor of my heart […] To my first love, I’m grateful for you. Grateful that even thought it wasn’t what I hoped for and even thought it was never enough, it was. Some things never are. And we were. I won’t forget you. I won’t forget the summer. I’ll remember who I was when I met you. I’ll remember who you were and how we’ve both changed and stayed the same. I’ve never had more respect for life and living than I have right now. Maybe it takes a near death experience to feel alive. Thanks. To my mother. You raised me strong. I know I’m only brave because you were first. So thank you. All of you. For everything good. I feel like a free man. […]
— Frank

A week ago, through the grapevine, I found out that a friend thought I might be gay. Why? In a piece on the NBA draft, I wrote about David Stern:

How on earth can you boo a guy who is this cute for two straight hours?

I called 69-year-old male David Stern “cute.” Understanding that I had the luxury of being a heterosexual male, as well as this not being the first time that something I wrote, said, or wore led to that question being asked, I laughed it off and gave my official statement to the grapevine, “Nope. Not gay. Sorry?” Was I surprised by this query? Not in the slightest, mainly because the word choice wasn’t accidental. I said it with purpose, without hesitation, because I’ve long claimed to be very comfortable with my (and other people’s) sexuality.

There was a previous occasion, however, when I was talking publicly about my support for gay rights, but purposefully made a point of sliding in the fact that I was straight. At the time, the disclaimer seemed necessary, almost as a survival statement, but looking back, especially after this week, which has included brave, honest admissions by Frank Ocean, Anderson Cooper, and Megan Rapinoe, why was it so crucial? In my head, I was merely including it to paint a picture of who I was, but it’s clear now that it was based in fear of what could happen to me as a young, black writer eagerly trying to establish himself were I to let people’s imaginations run wild.

A more extreme version of this is the situation Frank was in a few days ago, as people began to pick apart his lyrics in the hopes of proving that he might be gay. Even though the rumors were growing louder, Frank could have easily never responded, or opted for the more common tactic of denying everything, and it most likely would have been a non-issue in a week. They were his words, and had he given any number of explanations for certain lyrics that hinted at him talking to a man, it would have been over. But instead of letting it live in that world of denial or vagueness, he took complete control of the issue and gave himself the final word. The end result: one of the more personal, voluntary letters someone could put out to the masses. That’s an important moment, for him and for the culture.

Because homophobia is an issue that exists throughout all communities, but has an unfortunately strong grip on black enclaves (a grip that is even stronger among men), I’ve long wanted a superstar black male celebrity to come out, either at or en route to his prime, as a way to fast-track progress. Much like being shocked that America got a black president in 2008, I didn’t expect to see a popular black male figure from the hip-hop world admit to once loving a man anytime soon. And having it be on his own terms? I didn’t expect to see that, ever. If someone was going to come out, I don’t know who I expected it to be, but it most certainly wasn’t Frank Ocean, big brother of the OFWGKTA clan. But now that it’s happened, I can’t think of a more mature, fantastic person to put themselves out there.

In a response to Frank’s letter (written to Ocean) writer dream hampton mentioned something that sheds light not only on Frank’s personality, but also on him as an accidental trailblazer.

But you’re not an activist.

She’s right. Frank doesn’t want to be known as the gay singer (or the bisexual singer, or the “pick your label that he didn’t even assign to himself” singer) the same way anyone who has dreams of being multi-dimensional hates the idea of being labeled one thing. While in this early stage, this will ultimately be the only thing people talk about when they discuss Frank, it will be interesting to see how (of if) the tone of the dialogue changes in the coming weeks, months, and years.

Regardless of how we talk about it, he seems to be moving on, probably a great indication that we should as well. He’s not an activist and we shouldn’t force him to be. He let us into his most private thoughts, but that doesn’t mean we have permission to reside there forever. Three days after releasing his letter, he’s still a terrifyingly talented 24-year-old singer, which is exactly what he was a week ago. The only difference now is that many of his fans (new and old) now harbor lots of respect for his bravely putting inner peace before career. He forced his own hand, told a story on his own terms, and now is back to tweeting about barbecues, his idols, and his friends. In an interesting way, his simultaneously making this a big deal and not a big deal shows a level of unprecedented maturity.

Frank Ocean’s words have greater meaning now. Listening to him croon these beautiful lyrics as I flew to his hometown of New Orleans this morning, it felt like he was talking about this new chapter of his life. It was almost as if he was thanking them for giving him the courage to do what he did. Those freedoms — American freedoms — that I carry with me day in and day out with respect to being my full self were long missing from Frank’s life. As of Tuesday, the eve of Independence Day, Frank finally got there.

He made it. Thanks for letting us watch you make the leap. I think I speak for most when I say it’s been an honor.