‘I Don’t Know, Maybe He Choked On an Onion Ring’: David Chase Is Bewildered That We’re Still Talking About the ‘Sopranos’ Finale 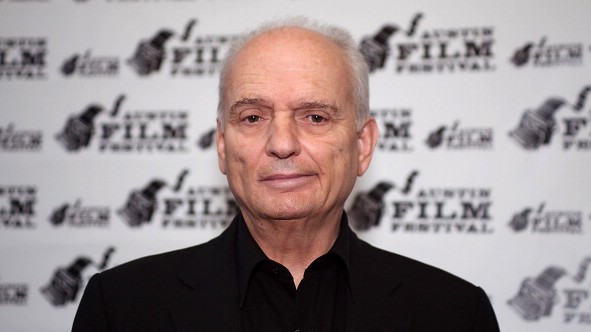 The downside to creating a beloved, brilliant, obsessed-over television show? You are going to have to talk about it forever. And if the ending of that beloved, brilliant, obsessed-over television show was deemed in any way unsatisfactory? It’s gonna be forever, plus a couple extra eons and ice ages and Paleozoic periods and stuff. On Wednesday night, in New York, at a Museum of the Moving Image panel, Sopranos creator David Chase was brusquely reminded of that fact.

After a screening of the first and last episodes of The Sopranos, Chase took some audience questions and found that, seven years after the series ended, folks still can’t quite get over that blackout. As the Daily Beast reports:

“Well, the idea was you get killed in the diner or not killed,” Chase responded, somewhat incredulously, to a fan who was “disappointed” by the ending. “And what’s the idea? You know I am not trying to be coy about this. It’s not trying to guess if he’s alive or dead. That’s not the point for me. I don’t know how to explain this. Actually, here’s what Paulie Walnuts says. In the beginning of that episode he says, ‘In the midst of life, we are in death, or is it, In the midst of death we are in life? Either way we’re up the ass.’ That’s what’s going on there.”

Throughout, Chase mixed it up with audience members, and, from the sound of it, some went nearly so far as to demand an explanation. And throughout, Chase attempted to patiently explain that that wasn’t something he would ever be interested in providing. He threw his hands up with the analysis, cajoling us to let it go, to try to accept the ending as a singular viewing experience: “I didn’t want people to be reading into it like The Da Vinci Code or something. I was amazed when it happened. It wasn’t meant to be like ‘Wow, the Walrus was Paul.’ It wasn’t meant to confound anybody. It was meant to make you feel.” He even quoted Carlos Castaneda to try to get people to emote: “‘One needs love for life, for intrigue, for mystery. One needs unquenchable curiosity and guts galore.’ That’s what I was feeling when I wrote the ending.”

And, still, a fellow in the audience ended up sharing his theory on how “the way Tony, Carmela, and A.J. ate onion rings … was akin to giving their last rights [sic].” Chase’s response? “I don’t know, maybe [Tony] choked on an onion ring.” SHUT IT DOWN. CUT TO BLACK.

"You’d be fucking surprised—surprised—at the shocking collection of pants that I’m looking at right now. The world is just pants, isn’t it? It’s fucking ridiculous. Do you know what I mean? It’s like, What happened to man’s pants—you know? Because I have a very clear line, when it comes to pants. “Will my beard look cooler in these pants? And can I make a clean run for the border in them?” You know what I mean? And you know what’s a good start? Not looking like I’m a member of One Direction—that’s a good start." -- Tom Hardy has some VERY strong opinions on pants.