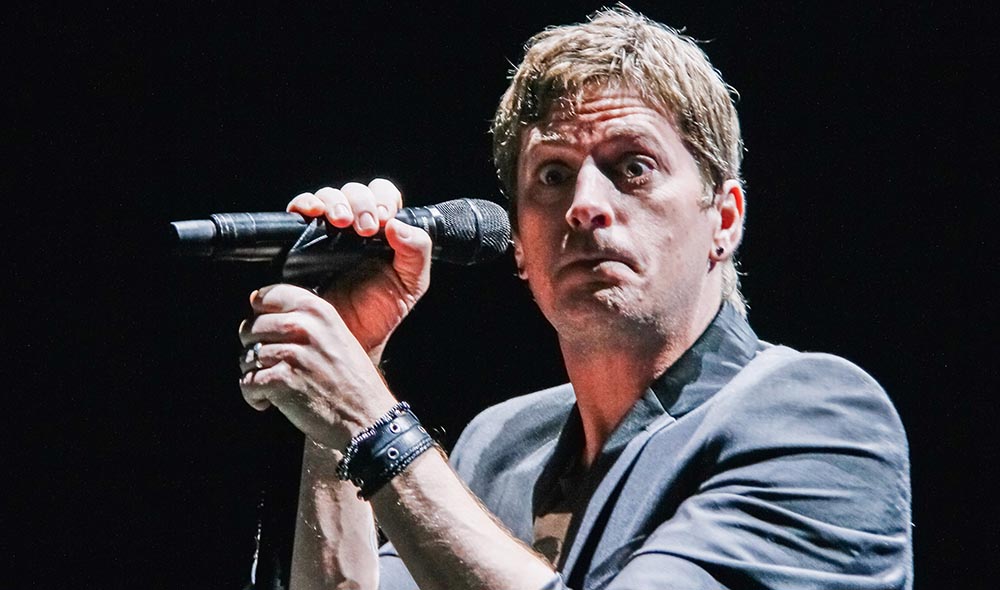 This week the much-discussed indie-punk band Perfect Pussy released a bleat-y reimagining of Bruce Springsteen’s “Candy’s Room.” If you read music websites, you’ve probably already seen a dozen links to it. So, instead of repeating what you’ve already seen, I’m going to point you to the poor man’s version of this story: The Matchbox Twenty guy covered a song from the best deeply-indebted-to-Springsteen album of the 21st century. And it’s great. Seriously. Don’t click the video if you want your skepticism to remain unchallenged. Otherwise, prepare to have your heartstrings unexpectedly pulled.

Aaron Freeman, “(For a While) I Couldn’t Play My Guitar Like a Man”

I’m still slightly in denial that Ween is broken up, even though Aaron Freeman is set to release his second solo album in July. Actually, Freeman has a new band called, conveniently enough, Freeman. “(For a While) I Couldn’t Play My Guitar Like a Man” is that album’s first single. While 2012’s Marvelous Clouds was a gentle departure from Ween, this song finds Freeman back in his twisted classic-rock wheelhouse. So, I guess if Ween really is finished, at least Freeman is still writing good songs that could’ve fit on White Pepper.

Every time I write a Songs of the Week column, I am required by Grantland law to include a song from an album produced by Dan Auerbach. OK, that’s not true, but that’s how it works out. The undead biker-queen vibe of “Seein’ Double,” the single from Lane’s fine new LP, All or Nothin’, is typical of Auerbach’s all-analog, impeccably murky production style. But it’s Lane’s smoky vocal that really distinguishes the enterprise.

This song sounds so much like Harry Nilsson that I bet Ringo Starr is passed out on its couch.

The Menzingers, “I Don’t Wanna Be an Asshole Anymore”

Every punk band I’ve talked to lately has said this is their favorite punk band. This song should help explain why. It’s not easy to be this aggressively passive-aggressive.

This Australian post-punk super-group has been making stylistically adventurous records for a while now, bridging the gap between synth pop and guitar noise. “Flesh War” is a snapshot of the band’s melodic, new wave side, though those watery guitars carry an awful lot of tension that’s never quite released.

Cheap Girls, “Knock Me Over”

I pride myself on knowing about Midwestern rock-and-roll bands that are worth knowing about, and yet Cheap Girls have somehow escaped my attention. I don’t know whether to be angry that it took until this Lansing, Michigan, outfit’s fourth studio album — the upcoming Famous Graves — for me to find out about them, or excited that I now have so much crunchy, bro-huggy power pop to enjoy.

Sweet Apple, “Wish You Could Stay a Little Longer”

The song is great, but you need to see this video just for J. Mascis’s powerful portrayal of a dirtbag record-store clerk.

‘I Don’t Know, Maybe He Choked On an Onion Ring’: David Chase Is Bewildered That We’re Still Talking About the ‘Sopranos’ Finale