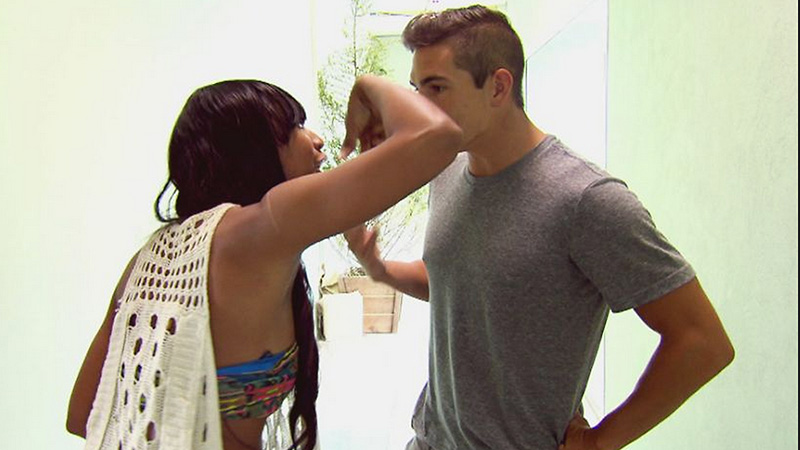 I love The Challenge. What other television show provides the action of a football game, the drama of a telenovela, and the presence of America’s favorite trash man all at once? The Challenge consistently delivers. Sure, this week’s episode wasn’t the best, but even so, it was the best. I know that makes no sense, but if you watch The Challenge, you’ll understand. Let’s break it down.

LaToya was on the worst season in Real World history, so it was easy to overlook her heading into The Challenge. However, she has delivered a surprisingly productive season. She has a lot of the tools a competitor needs to be a good challenge performer: She’s funny, she’s super sensitive, she’s competitive, she wants to hook up, and she’s prone to inexplicable near-death experiences. My favorite part of her performance, though, has been how pissed she gets when she’s voted into an elimination.

She goes in on every single person who votes for her, to the point where I honestly think some people resist voting for her simply because they know she’ll go in on them if they do. After Jordan voted for her on this week’s episode, she brought the thunder: “All I ask is that if you vote me in, be man enough to tell me. Don’t share a bag of chips with me and then vote me in. No, bitch.” DO NOT SHARE A BAG OF CHIPS WITH ME! What type of evil resides within a man who will share his chips with you one minute and then vote you into an elimination the next? The bond formed by sharing chips lasts a lifetime. How does Jordan not understand that? I can’t believe he broke the chip bond. All a man has in this world is his word, his balls, and the people with whom he shares chips.

Kenny (The Challenge), all the handsome points

Shout to Thomas Harrigan for sending me this: 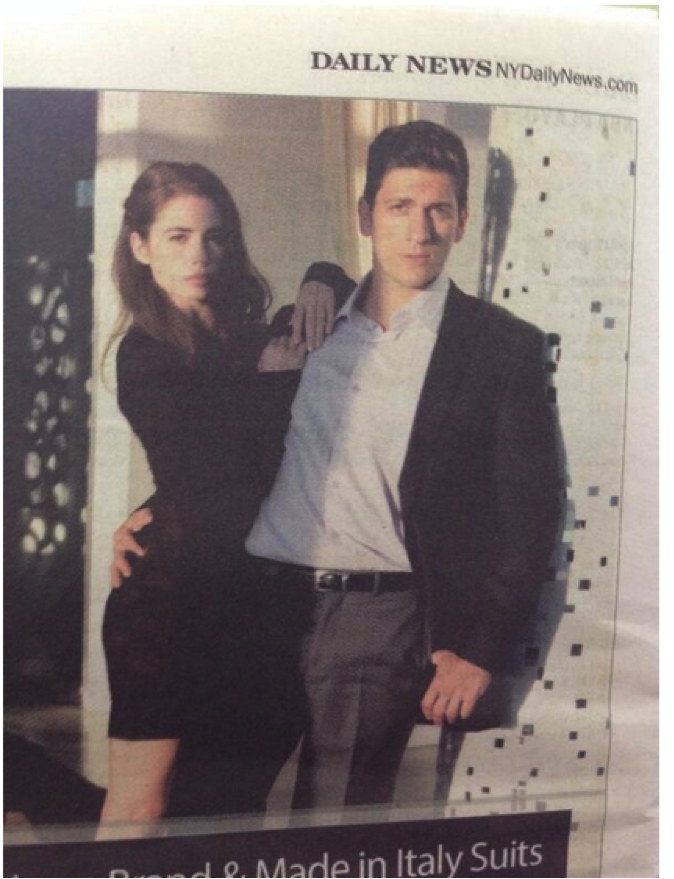 It’s great to see Mr. Beautiful using his beauty for good and not evil. Also, do companies still make pleated pants? Why?

Have you noticed how nowadays everyone on Survivor is always talking about being “part of the biggest blindside in Survivor history” and every vote being “the craziest Tribal Council in Survivor history,” blah blah blah? This week, Spencer proclaimed: “I have a new title: I’m the greatest loser in Survivor auction history.” Dude, relax, it’s just a reality show, not the Super Bowl. And even then, it’s Survivor; it’s not like you’re on The Challenge. Today’s Survivor contestants are all superfans, so they’re conscious of the implications of their actions and feel compelled to constantly comment on them. Survivor should cast an entire season with people who have never seen the show.

This week’s GRTFL Top Five is the Top Five Outdated Fashion Statements CT Is Making in One Single Frame of Footage, listed from “That isn’t such a bad look” to “The company that manufactures those should be shut down.” Here is the frame: 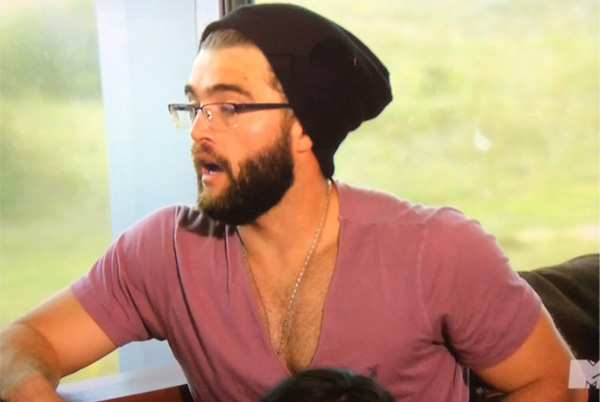 5. Bro beard: I’m not sure if this is actually a beard or if CT’s hair ate his face. CT, and everything that shares CT’s genetic coding, loves to eat faces.

4. Multiple necklaces: One, I can live with.

3. Shaved chest: If I walked into the bathroom and saw CT giving his entire body a one-clip, I’d build an outhouse.

2. Deep V-neck: Did he make that himself? Look closely; there isn’t even a seam.

1. Saggy winter hat in hot weather: When the ticket in your hand tells you that you’re heading to Uruguay, why even pack a winter hat? This saggy-winter-hat-in-hot-weather thing is an epidemic that’s ruining our species. If someone told me I could end poverty worldwide or end this saggy-winter-hat-in-hot-weather thing, I’d think about it for like five minutes before ultimately deciding to end poverty.

Is it weird that I almost deleted this whole section because I’m scared of CT? No, no, it is not. You are an incredible, powerful, and influential man, CT. I like my face — please don’t eat it.

Laurel and Jordan (The Challenge), 50 points

It’s always nice to see two people who are perfect for each other hook up. This is the opposite of Big Easy and Devyn.

Hooker Boots (The Challenge After Show), ALL THE POINTS 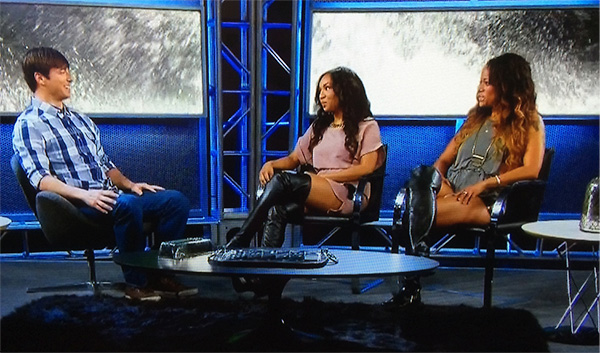 If I were producing this show, my first order of business would be getting Moseley’s shoe size and sending a PA to get him a pair of hooker boots.

If CBS launched a spinoff show called Woo Eating Stuff and Talking About It, I would watch the shit out of it. This week, the Woo Man bought some ribs at the auction and went to town on them: 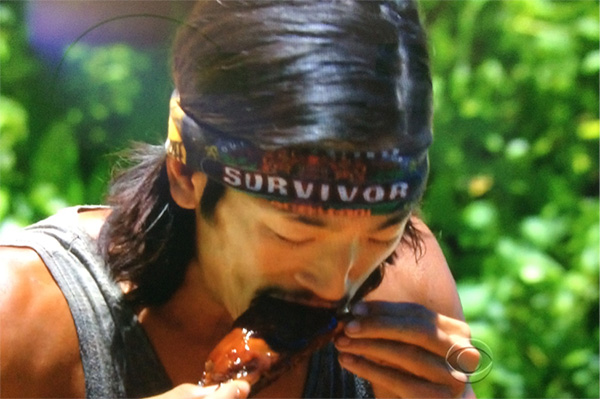 I can’t wait until they bring the entire cast back on the finale just so I can see how high Woo is on national television.

Enjoy your weekend, listen to the Right Reasons, and never, ever break the chip-sharing bond.

The Right Reasons Podcast: ‘The Challenge’ and ‘Survivor’