How’s Everyone Feeling About Vertigo Topping Citizen Kane in the Sight & Sound Poll? 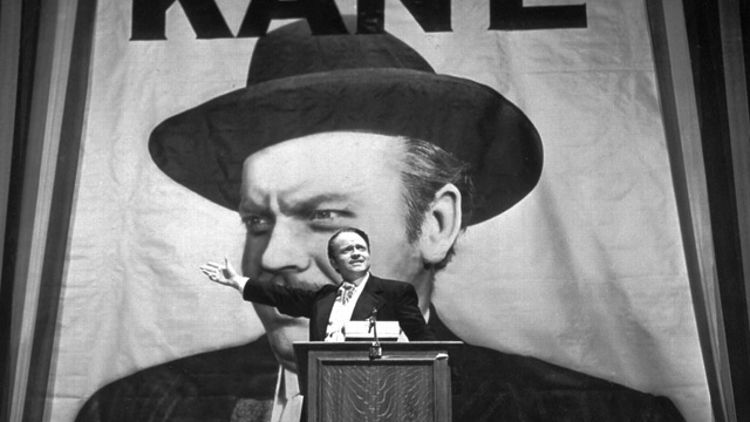 Every 10 years, the British Film Institute puts together the Sight & Sound Poll, asking nearly 1,000 critics, academics, and other knowledgeable movie-nerd types to vote for their favorite flick of all time. And for the last 50 years, the answer has always come back the same: Citizen goddamn Kane. But no more! The latest version of the poll was released on Wednesday, revealing a shocking turn of events — Alfred Hitchcock’s Vertigo has knocked Kane out of the top slot. OK, it’s official, Vertigo is now the best movie ever. How is the world accepting the news?

Edgar Wright, director of Hot Fuzz and Shaun of the Dead (and, maybe one day, Ant-Man), is cool with it. He tweeted, “‘Vertigo’ was not on my top ten, but I am not going to argue with it’s place at the top of the pops. It’s a hypnotic, amazing film.” Thanks for being so accepting, Edgar.

New Statesman‘s Ryan Gilbey was more concerned with how ancient all the movies on the list are: “The rest of the poll is pretty much the old guard in a slightly new order. Are those who voted paralysed by history or are the finest films really located in the distant past? … I had expected Paul Thomas Anderson’s There Will Be Blood (from 2007) or David Lynch’s Mulholland Dr. (2001) to make a significant showing, but only the latter made it inside the top 100 (at no. 28).” Then Gilbey posts the list he contributed to the Sight & Sound Poll, and he has Groundhog Day at number five, so he’s basically my new personal hero.

Bret Easton Ellis is pretty psyched about Vertigo taking the top spot, explaining his own personal history with the movie: “Vertigo: bored at 17, mildly interested at 28, beyond devastated at 37. From then on I’ve considered it the most beautiful film ever made …” Also: “Fifty Shades of Grey: in a lot of ways Vertigo could be the template … ”

New York‘s David Edelstein isn’t as enamored with the choice, saying “it has never been my favorite Hitchcock. It’s maybe the greatest blend of grave, even pacing — the camera ever contemplative — and perversity ever filmed. I guess that’s why highbrow critics like it best. They live and breathe through refracted perspectives, through simulacra. My own Hitchcock favorite, Notorious, never looms large in these polls, mainly I think because it’s so crisply paced, with no languid spaces on which to project. And North by Northwest is too much fun.” Also, he admits, “I’m a bit peevish, having never been asked to participate in the poll.”

EW‘s Christian Blauvet is “okay with the changing of the guard. If anything, Kane‘s overwhelming institutional acclaim and ‘greatest film of all time’ status have damaged it, turning Welles’ vital, alive work of art full of manifold pleasures into a museum piece.” Yeah, boooo museums.

The Daily Beast‘s (and Grantland’s) Richard Rushfield says Twitter made this happen: “The very same people who for 50 years have put Kane at the top of their lists have felt the breath of the crowd on the back of their necks. Like the military regime taking the initiative to remove Mubarak before they themselves were wrested from power, the critics have attempted to get ahead of the mob. But this change only demonstrates how the job of professional critics has switched in the Backlash Era. No longer are the mavens of establishment journalism here to dictate to the people, but now, they serve to reflect the people’s will.” And somewhere, from his Egyptian prison-hospital bed, Mubarak is all like, “What? I love Vertigo!”

Meanwhile, Twitter made jokes under #SightAndSoundPollSurprises. And adds New York‘s Bilge Ebiri —”The best part of today was the split-screen of Orson Welles’s and Hitchcock’s moms crying in the stands. So ironic, so poignant.”