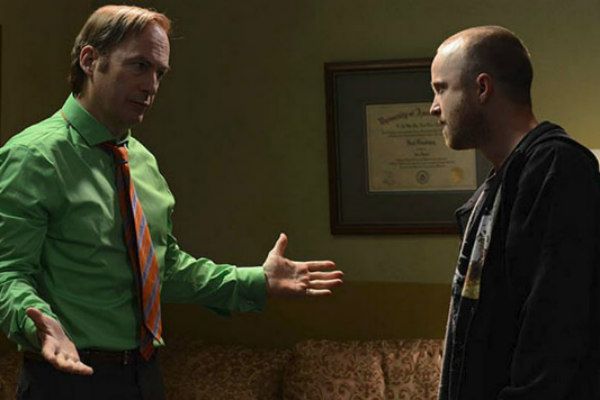 Hi, Carol! This week on the podcast, Andy and I welcome back (and begin to wave farewell to) one of the last of the Golden Age shows, Breaking Bad. Despite being, on the surface, a pretty straightforward show about two middle-aged New Mexico residents just trying to get a car wash off the ground, perhaps no show since Lost has had its final season as heavily theorized about, scrutinized, and worried over. After Sunday’s season premiere, it looks like we’re in pretty safe hands, but that didn’t stop Andy and me from theorizing, scrutinizing, worrying, and ultimately praising Vince Gilligan & Co.’s little show that could.

Moving on from Breaking Bad, we talked about two newish shows it has influenced, The Bridge (Andy is still riding for it, I’m kinda “eh” on it) and the British murder mystery Broadchurch (one of my favorites of the year, Andy is kinda “eh” on it). Maybe we all have homicide exhaustion at this point, but the successes and flaws of these two shows certainly warranted a discussion.

Finally, we decided to revive the Double Down Book Club, with the suggestion that listeners crack open crime writer Dennis Lehane’s novel Live by Night. Rumored to be the next directorial effort from Ben Affleck, we thought this might be a good one to get our literary motor running again (we hadn’t done one of these since Justin Cronin’s The Twelve). Pour yourself a stein of Schraderbrau and enjoy the destruction of an American family!