‘High’ and Mighty: Royal Headache Isn’t Breaking Up, and We’re Lucky for That 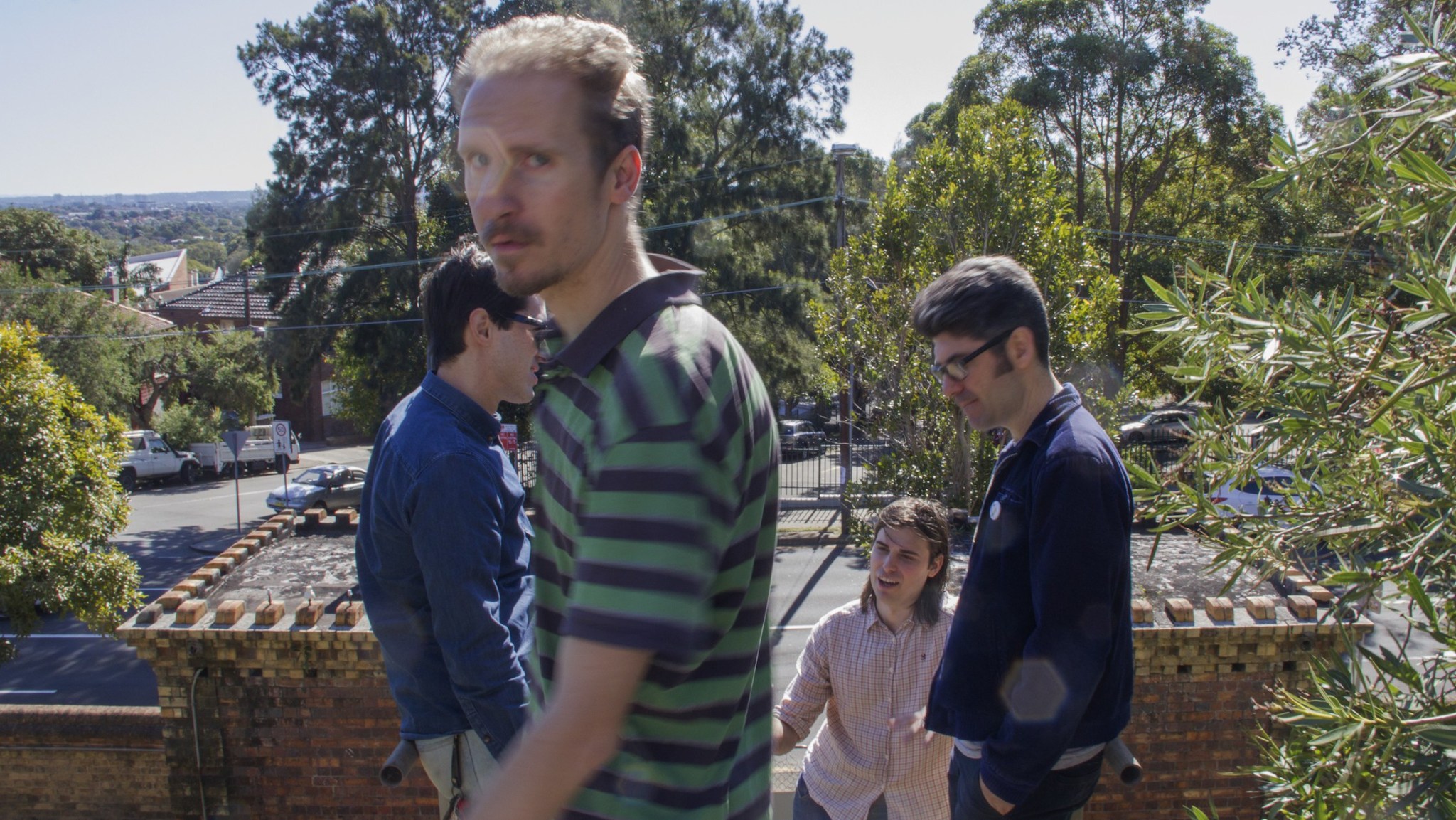 “So, when is the band breaking up?”

This isn’t how you should start an interview, but I don’t think I have a choice. I’m on the phone with Shogun, the frontman of Sydney punk quartet Royal Headache, exchanging pleasantries. On Friday, the band will release its sophomore album, High — a short-and-sweet collection of songs for the disenchanted punk in your life, sent skyward by Shogun’s rich, soulful voice. I’m making the international call via spotty Wi-Fi, and he’s on a 10-year-old burner he got from New Zealand. There are connectivity issues. I have to call him back several times; we both apologize profusely. None of this is making the question any less awkward. With its new album, Royal Headache could be on the precipice of something bigger than anything these thirtysomethings with full-time day jobs could’ve foreseen. But it starts with Shogun’s answer.

When I rephrase my question, pointing toward the general status of the band, Shogun pauses. There is no hostility in his voice, only confusion.

Well, sure, that’s one way of putting it. In May 2014, Shogun stated in a Q&A with Mess+Noise that he was done with Royal Headache, that the band was over. But he also agreed to finish the second album and tour. He made it sound like a loveless marriage held together out of obligation to a child, and the early reports from this year corroborated those sentiments, albeit to lesser and lesser degrees of absoluteness. So, is the band back on?

“Look, I think everything we do feels temporary, and I think something that feels sincere and pure one week can feel ridiculous the next week,” said Shogun, who looks more like Morgan Spurlock on a reverse Super Size Me diet than a Japanese warlord. “The world moves really fast. I think that could be applied to anything — it’s scary, really. For now, I would say we’re definitely back together, but I’m tentative about it, you know? Royal Headache requires passion and commitment and sincerity. And if I lose that again like I did last time for a while — it might sound a little bit precious, but there are actually songs you can’t really perform without a real emotional commitment. So really, in as much as we can be sure of things, yes, the band is back on.”

It surely is. High is Royal Headache’s first new album in more than three years. In those three turbulent years, the band had its debut album released in the U.S.; became critical darlings for infusing a vibrant, Motown-indebted charm to raucous punk rock; toured Australia with commercial rock gods the Black Keys;1 and, as recently as three months ago, put itself on life support, with only this follow-up album keeping the unit intact. Shogun told Rolling Stone in May that he’d be with the band “for the next six months at least.” I scoured its social media accounts for clues of turmoil or any public announcement of a disbandment, but got lost in virtual crate-digging, with links to YouTube clips from the likes of Al Williams, René & Angela, and others taking up space on its Facebook wall. No signs pointed to the beginning of the end.

High isn’t the sound of self-immolation. The scorched-earth policy of Royal Headache’s debut, and the three-plus years spent in exile2 have left the ground fertile. Now the band has doubled down on what made its self-titled album a refreshing twist on the ’70s punk template. Its pop sensibilities shine in High’s expansive melodies. The songwriting has gotten tighter, something drummer Shortty, the elder statesman of the band at 35, simply chalks up to getting older. The ballads on its first record were catchy but halfhearted; they are the very core of High. The band is no longer afraid of its own earnestness. Perhaps most importantly, Shogun finds his voice (and place) in the context of the band. On Royal Headache’s first album, he retreats behind a wall of fuzz. There’s no hiding here. High sounds like bloom. 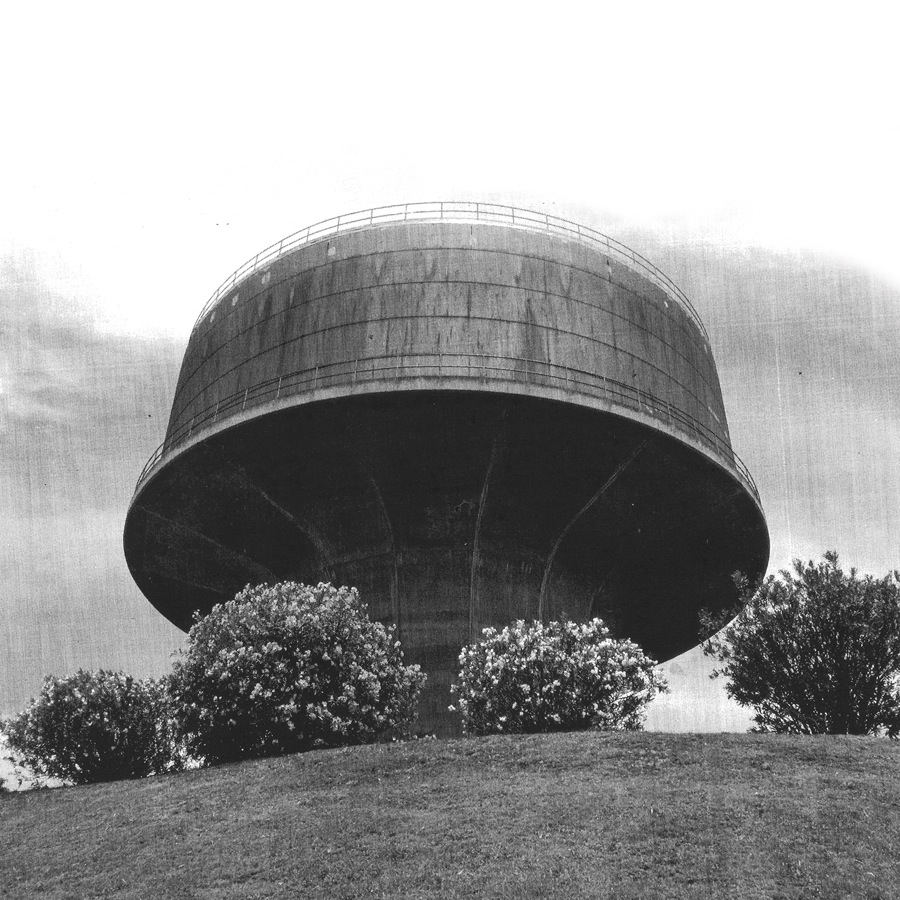 It’s logical to imagine these 10 new Royal Headache songs, which will be released August 21, being written during this new period of good vibes. However, most of the songs on High are three or four years old, created during or just after the first batch of songs that comprised the debut album. But songs evolve like people do. “My Own Fantasy,” High’s opener about living within and without the fantasy of rock, reads like an autobiographical account of what drove Shogun away from the band in the first place — the way rock and roll can create a bifurcated life of public bravado and private misery, the way it preys on the weakness of its performers.

The breaking point came in 2013. The band was playing at a friend’s wedding in Melbourne. Shogun was drunk. Instead of tapping into the emotional tenderness that separates him from most punk singers, he thrashed. “I was just generally making a real dick of myself,” Shogun said. “I was rude. I was just being really fucking angry, and saying all this weird shit.” The rest of the band confronted him soon after. “We kind of sat him down,” said Law, the band’s guitarist. “Our drummer, Shortty, brought it up with him the next week and said, ‘Hey, I’m not really interested in playing in a band that’s going to do this.’” Shogun left the band that weekend. Royal Headache wouldn’t continue without him.

“Rock and roll is the kind of situation where even when it’s real, it is a fantasy,” Shogun said. “It is a trap, because people who have a dissociative, or chronically daydreaming temperament, are really drawn to it and get involved in it, and it’s not necessarily the best thing for them. It can exacerbate characteristics that they should really be dealing with rather than indulging.”

By the end of “My Own Fantasy,” Shogun sings, “I thought I didn’t need you anymore,” and there is another realization: Rock may have driven him into seclusion, but with Royal Headache, there would always be a way out. The band wasn’t some lab experiment gone sour, it was a partnership forged in the members’ adolescence — time spent in separate bands and mutual admiration within Sydney’s punk and hardcore scenes. The roots were still intact. They just needed time away. “Good friends will be forgiven,” Shogun sings on “Little Star,” the penultimate song on High. “Good friends will save a place for you.”

At 29 minutes long, High is only marginally longer than Royal Headache’s 26-minute debut, but three minutes is an eternity in the band’s world. It doesn’t have the cutthroat immediacy of the debut, and, as such, might be something of a turnoff for those who had primed themselves for a replica. “I think we wanted to explore and be unafraid of who we are and what we do,” Shogun said. “To be less beholden to the rules of punk rock, which can make you hesitant to truly express yourself. Which, of course, is punk’s great irony.”

In May, Royal Headache performed in its hometown for the first time in almost two years at the Sydney Opera House for the Vivid festival. Toward the end of the performance, 60 fans climbed onto the stage, forcing security and police to clear the area. No arrests were made, and the police claimed no one was injured. Chants of “Let them play!” rang out as the band reconvened. It played one final song, a cover of Womack & Womack’s “Teardrops,” which has been a mainstay on its set lists for years. Played well under the original’s four-minute length, this version of “Teardrops” contains multitudes: The tempo picks up not 30 seconds in; it gently backpedals to let Shogun take us to the chorus; in the final 30 seconds, the band throttles the song, playing at a blistering double time, completing the transformation of a silky ’80s jam into a hardcore romp.

My favorite Royal Headache song is “Surprise,” the third song off its debut. I can’t listen to it without listening to it again immediately after. It has a few classic punk earmarks — the terse, choppy refrain is a second cousin of “Blitzkrieg Bop” — but glides like something out of Stevie Wonder’s catalogue in the late ’60s. And then it’s over almost as soon as it starts. “Surprise” is a fresh White Castle slider steaming off the griddle. You take one knowing full well that you will invariably take another, and so on. You wonder what it might sound like if the band went full-bore and served Shogun’s unique voice on a silver platter. Watching Royal Headache live, you don’t have to wonder. At the Rickshaw Stop in San Francisco last week, the band played “So Low,” a song (fittingly) left off High. It’s full of melismatic riffs and runs, and it has the raw yearning of a Lee Moses song coursing through it.

After the show, behind the stage and up a flight of stairs, Shogun sat, sprawled out on a couch, smoking the end of a cigarette handed to him by a fan. He is unsure of the band’s performance (“Did you enjoy it? We played too fast.”) When I talked to Shogun and Law a few weeks before, they were just a couple of days from leaving Sydney to embark on their first U.S. tour since the last album. The band was in the process of saying goodbye to friends before it left, playing a “final goodbye show” after several other “farewell shows” had sold out. I mention these shows, hinting at their possibly intentional phrasing. Shogun lets out a wide smile, and not much more than that.