Here's How Dave Chappelle Might Be Making You Laugh These Days 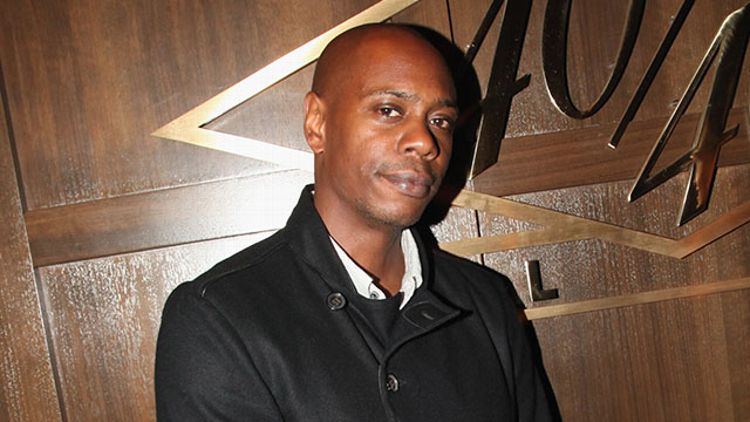 The official return of Dave Chappelle is now upon us: The first date of the Oddball Comedy and Curiosity Festival, which Chappelle is co-headlining with Flight of the Conchords, is in Austin next Friday. So where’s the big splashy tell-all magazine profile to go with the comeback? Considering this is the famously private and happily reclusive Chappelle we’re talking about, that may never come. But what we do have, for now, is Jason Zinoman’s New York Times preview of Chappelle’s new act. Zinoman, who has also written a Kindle Single on the Great Return titled “Searching for Dave Chappelle,” bounced around the country catching Chappelle’s one-off warm-up shows. And he’s got a couple of things to report.

First off: Dave’s style is a bit less punchy these days: “Mr. Chappelle has always preferred ambling yarns to quick jokes, but his new material stretches the limits of stories, telling long, herky-jerky tales propelled by quick pivots in tone and perspective.” Second: Chappelle is not shying away from that time he walked away from $50 million and the best show on TV: “[H]is jokes now always seem to circle back to his infamous exit from Comedy Central, explicitly or, more often, implicitly. For instance, Mr. Chappelle acts out a joke that comes off like an elaborate multi-act play about how his son, following his advice, left an after-school program he didn’t like. ‘Son, sometimes, it’s O.K. to quit,’ was the title he coined for his parental lecture.” There’s more in that vein, including a confrontation with an angry parent of one of his son’s schoolmates, who followed Chappelle’s kid’s example and left the program as well: “O’Malleys don’t quit,” insisted this red-faced parent. “Taking cartoonish umbrage, Mr. Chappelle responded with alacrity: ‘Well, Chappelles do.'”

Then, there’s this possible centerpiece:

An epic 10-minute story about a charged exchange with a homeless man he meets outside his upscale Manhattan hotel had the poetic weight of an August Wilson monologue … this morally engaged story has become more ornate and moody, the jokes emerging from meticulously sketched vignettes. Mr. Chappelle explicates the story’s emotional shifts mostly by describing the homeless man’s eyes. At first, he sees “recognition, pleading, a glimmer of hope.” Mr. Chappelle slows his voice down, enunciating, stopping his comic momentum to linger on an image. Then he pauses and, out of nowhere, yells at the man — “You stink!” — then returns to his eyes, which are “angry,” revealing a “spirit broken.”

Mr. Chappelle then flees the scene. “Instantly,” he said, “I … felt … better about my problems,” he says, to huge laughs … After escaping the homeless man, Mr. Chappelle feels regret upon seeing his reflection in a door … When he asks for forgiveness, the homeless man accepts in a voice that seems surprisingly confident and authoritative, a gravelly, baritone telegraphing virtue. Mr. Chappelle, who has been shopping and eating at posh spots, gives the man a gift: A Sean John sweatsuit.

Considering these were very much warm-up acts for Chappelle, it might seem a bit much to be pouncing on the spare details. After all, the Oddball tour starts next week; if you wanna see the actual act, all you gotta do is pony up. But this is Dave Chappelle we’re talking about: If anything, this is a less intense scrutiny than could have been expected for his much-salivated-over return. More importantly: It sounds damn good, doesn’t it?

Some Parents in L.A. Are Hiring Celebrity Yearbook Photographers, Because of Course They Are

Rembert Explains America: Among the Truckers in Utah