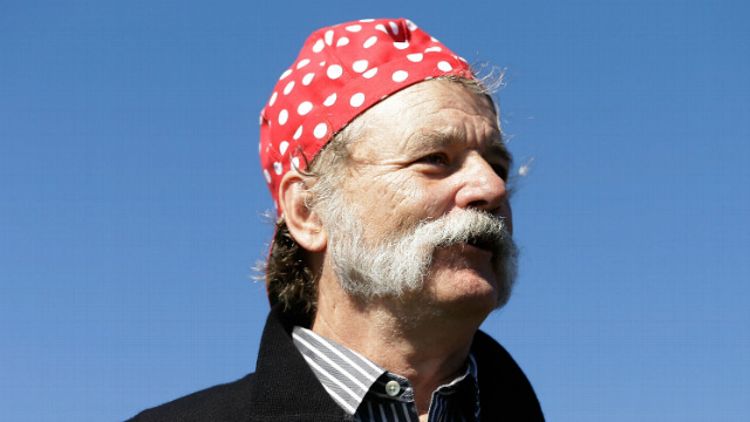 In this dawn or mid-morning of Bill Murray’s Late Career, the man’s been happy to dabble. He played FDR, he did a Wes Anderson movie about stop-motion animal figurines, he cameoed in John Goodman’s Amazon pilot. So there’s no reason not to give an HBO miniseries a whirl, especially when it’s Elizabeth Strout’s Olive Kitteridge, the 2009 Pulitzer winner for fiction. The novel-in-stories features small-town Mainers crossing paths across several decades; it’s meditative, lyrical, and maybe even a little Lost in Translation–y.

Frances McDormand has Olive’s knotty starring role, Richard Jenkins is her husband, and they’ll be joined by Rosemarie DeWitt, Jesse Plemons, John Gallagher Jr. (The Newsroom), and Zoe Kazan (Ruby Sparks). Murray is stepping in as Jack Kennison, a local widower whose part in the plot I won’t spoil here. I can recommend popping into a bookstore and finding the chapter called “River” — those 20 pages will tell you exactly what to expect from Murray’s HBO debut.

The Kids Are All Right director Lisa Cholodenko will helm Olive Kitteridge, and Tom Hanks is one of the executive producers. The project has interestingly survived to the almost-getting-made phase despite HBO scrapping Noah Baumbach’s adaptation of Jonathan Franzen’s The Corrections — a similar tale of family, dysfunction, and The Way We Live Now, only with a much higher profile and an even starrier cast. Meanwhile, Jennifer Egan’s A Visit From the Goon Squad, right there in the Pulitzer Club with Olive Kitteridge, has either been in development for nearly three years or secretly got killed long ago.

Smaller Movie Roundup: Because There's More to Life Than The Hunger Games